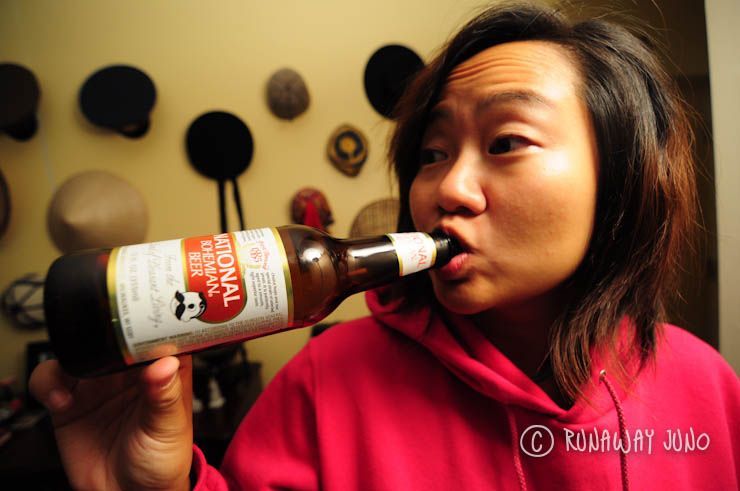 Who knew America is bless country with high quality beers? I certainly didn’t. If you ask me ‘what are you missing the most from the US, since you got back home?’, well, certainly I miss a lot of memories, but one of the first thing pops up in my head is BEER.

Stephen welcomed me with Dale’s Pale Ale, on the day I arrived in the United States. Ever since the first day, I’ve been drinking my way around the US, and part of Canada. Blueberry wheat beer, cappuccino stout, double smoked porter, brown ale, IPA, imperial IPA… I like that I really could enjoy the good quality of beer in any time of the day, no matter where I am, what I’m doing. Well, except when I was driving. In lazy afternoon at home, after a good hike around the hill, compare with delicious lunch, share growler with friends, or sometimes used as a little booster for afternoon work.

Micro brewery is taken 11% of total beer sales in the US and it’s growing fast. The number will be much bigger if they count home brewers. With the fact, combines with two semi-professional beer tasters on the road, (taster is so much more sophisticated than drinker), what’s next? Yes, brewery hopping. We’ve decided to including breweries in good parts of our road trip. Stephen made arrangements at breweries around New England, and we met some very kind bartenders who were interested in what we are doing.

We visited seven different places around New Hampshire, Vermont and Maine. When we were not hopping breweries, we always keenly looking for good quality beers in local liquor stores, supermarkets, and even from home brewers. We have more places on the list, but due to hurricane Irene, few breweries and brewpubs in Vermont were under repair. Hope they are okay by now.

Here, I made our visit into a video, to give you the ideas about New England breweries and brew pub. Special thanks to Stephen, who is introduced me to the great world of beer and sharing all your insights.

Read this while buffering…. – Here are places we visited:

The smallest brewery in Maine

Made by people from Maine, world class beer

Allagash’s passion: Loving beer and doing what we love

Plus, don’t forget to sign up for soon to be the first, and free Newsletter of Runaway Juno!