Anti-Asian Racism wasn’t something I wanted to see on the mainstream media, yet, it continues to be part of the news.

Seeing all the Anti-Asian racism incidents and violence, I’ve been thinking about what to say. I’m proud that Runaway Juno was one of the first professional Asian travel blogs and I made lots of great connections with my Asian readers. I frequently write about my travel experience as I travel with different cultural backgrounds, whether it’s good or bad. That seems to resonate with a lot of my readers. Traveling around the world as a Korean woman gave me an interesting perspective and at times, a cultural advantage, especially in Asia. I absorbed different cultures in relation to my own experience growing up with strong traditional values. It also provided me with unique opportunities to identify racism.

In conjunction with what’s happening in the world, I was asked to write and speak about Asian representation and traveling as an Asian from different publications. And that includes discussing anti-Asian racism. You can catch me on Travel + Leisure’s Let’s Go Together podcast I recorded back last April and my feature article on Scott’s Cheap Flight’s recent newsletter. I was one of the panelists at She’s Wanderful’s very first How we Travel series, talking about Asian + AAPI travels on June 22nd. 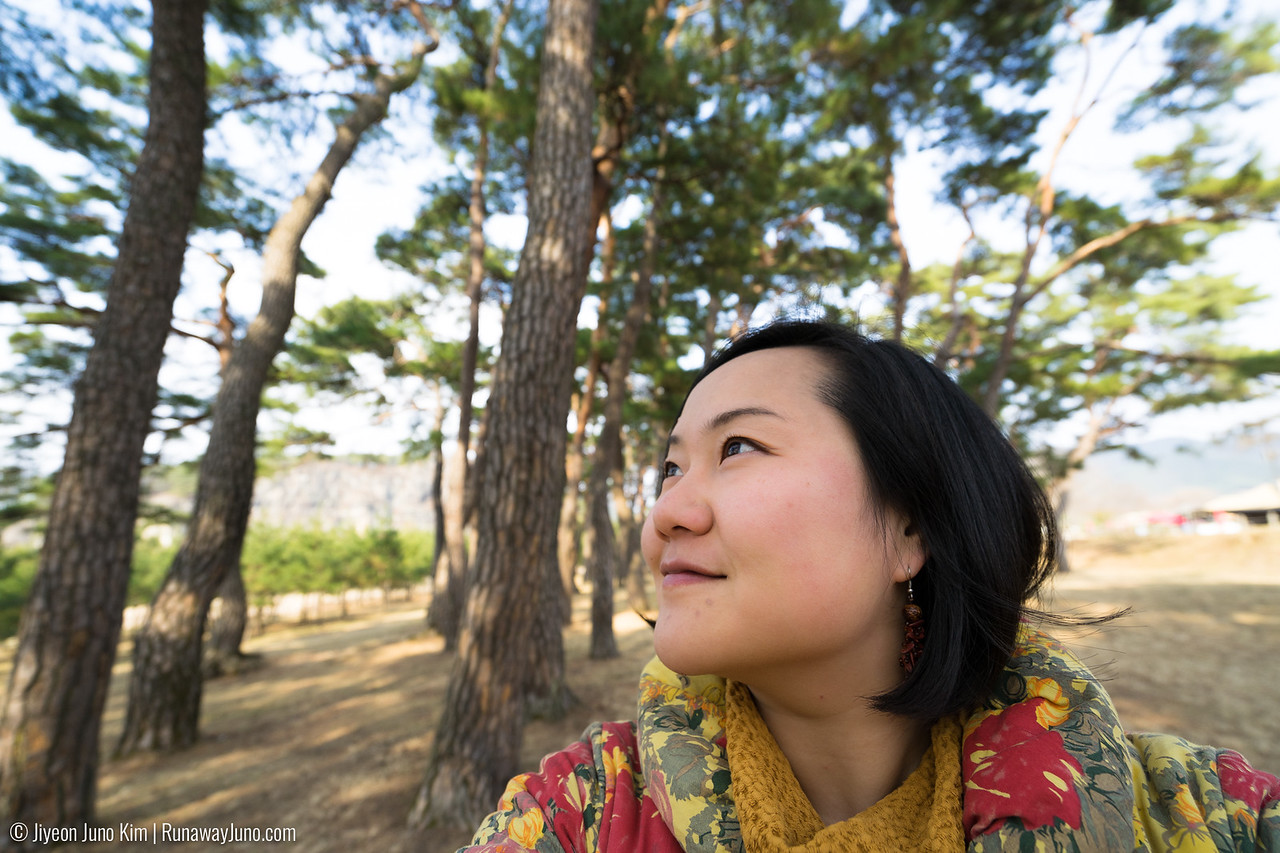 Happy in the pine forest of Andong, South Korea

Anti-Asian racism is not new

Seeing the rising of Asian hate and Anti-Asian racism has been difficult and hurtful. I know it’s not new. Racism against Asians always subtly existed. If you’re an Asian or Asian descendent living and traveling outside of your own culture, I’m sure you’ve experienced many accounts of dismissal, offensive comments, or simply people putting you in certain stereotypes. I certainly have had my shares, as I traveled for a decade and have been living in the United States for the last few years. I’m often a token Asian or immigrant and I laugh about it. It seemed pretty harmless. But I realize now that it’s a coping mechanism.

When I encounter racism, often I just brush it off. If you’ve been paying attention, you might have heard many advocates who are vocal about this anti-Asian racism issue saying that Asians were not taught to be confrontational. Being respectful and not being part of a problem runs at the core of the value in a lot of Asian cultures. On top of that, Asians had been forcefully silenced throughout history.

A scene of Bhutan

Are you comfortable with Asians as your boss?

I was shocked (and not at the same time) when I read this article in the Boston Globe: Asked in a poll to name a prominent Asian American, the top answer was ‘don’t know.’ Wake up, America‘. Seeing the poll results like this was a reminder and awakening.

If you ever thought there’s no systemic racism in the United States (or the world), this is your chance to see it. How can we (Asians) expect to advance in the workplace, when 85% of the population is not comfortable with Asians as their boss? 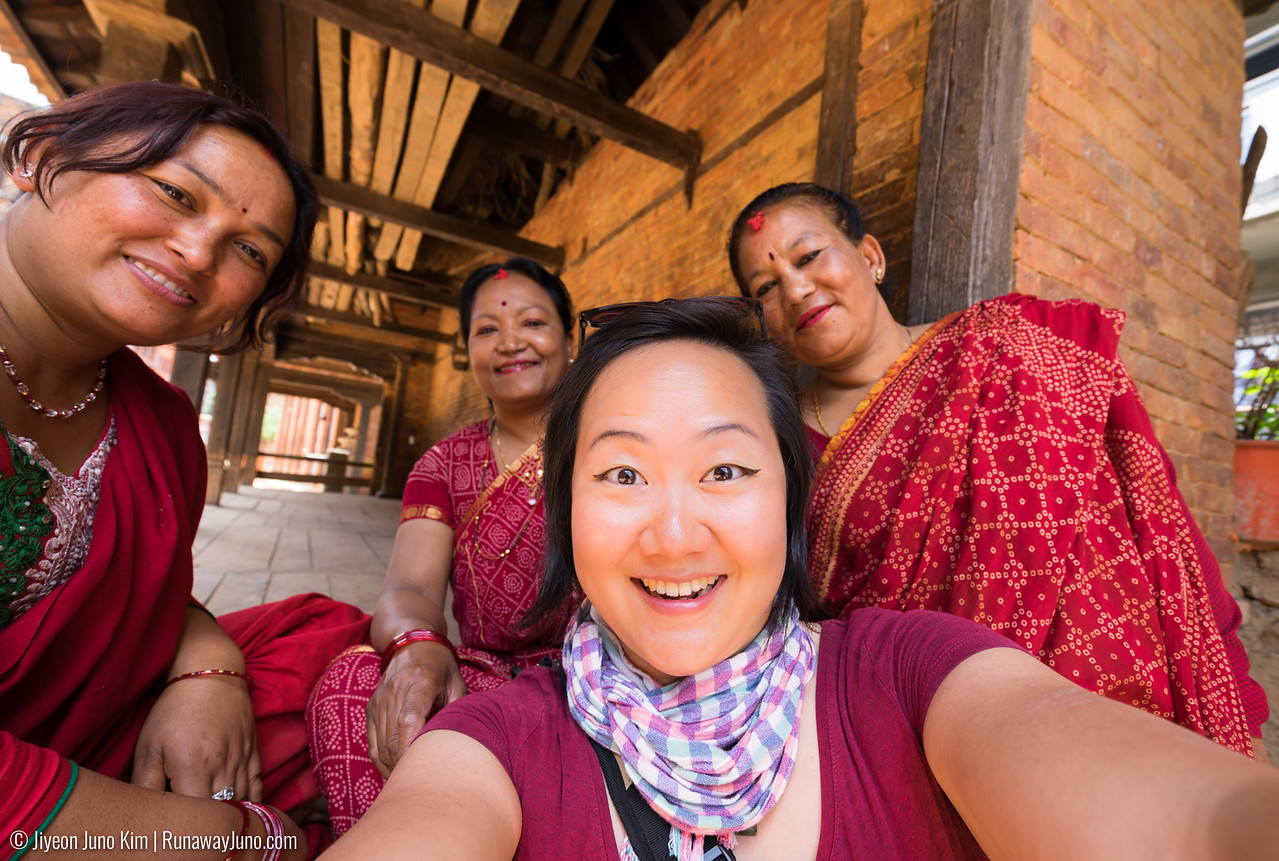 I highly recommend White Fragility: Why It’s So Hard for White People to Talk About Racism by Robin DiAngelo.

This particular section pinpoints why it’s so hard to talk about racism:

“I don’t know that you could have come up with a more effective way to protect the system of racism than reduce it to this very simple formula. A racist is an individual who consciously doesn’t like people based on race. Apparently, it has to be conscious or it doesn’t count. That definition not only exempts virtually all white people from the system we’re in, but I think it’s the root of virtually all-white defensiveness. Because if that’s what I think it means to be racist and you suggest I’ve just said or done something racist … I’m going to hear you saying that I am a bad person. That’s going to land as a question of my very moral character. I’m going to give you ridiculous evidence. ‘I had a black roommate in college.’ ‘I speak several languages.’ ‘My goodness, I’ve been to Costa Rica.’

The way I see it, most disrespectful behaviors I have witnessed are without bad intentions. Much of the time, action or statement is, in fact, racist, but the person doesn’t realize it is and may not even mean harm by it. As the excerpt from the book above, because someone points out you’re making a racist comment it doesn’t mean that that person is saying you’re a bad person. Intentional or not, though, it can still cause harm. That is where being mindful of your own actions in everyday life becomes important. 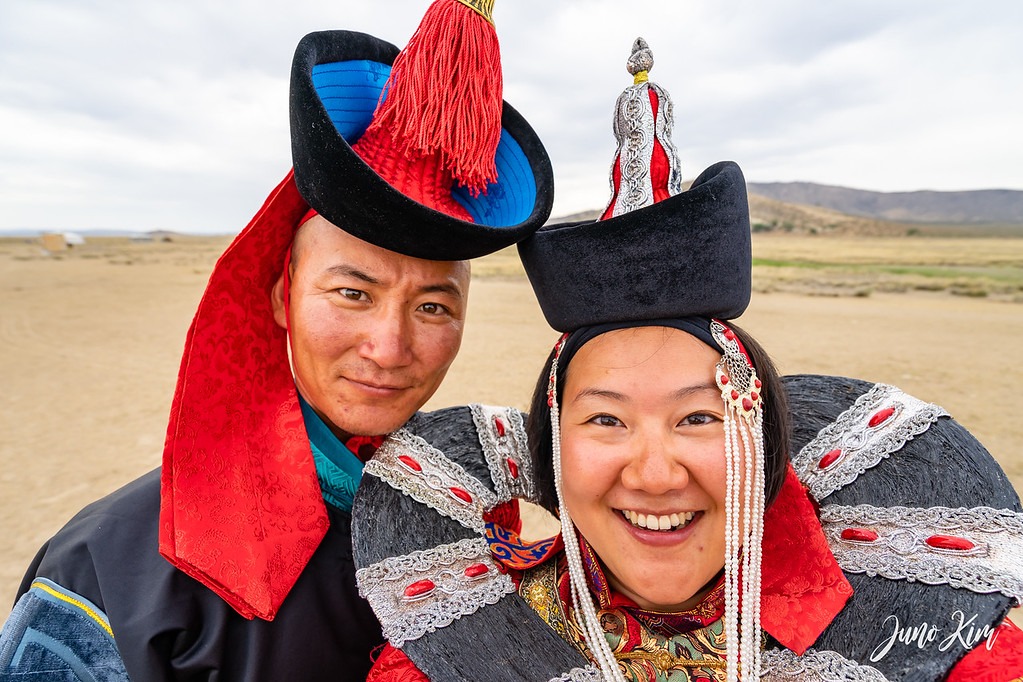 The same formula applies to traveling and living at home. A lot of it comes down to being more aware of our actions, reactions, and comments. Could what I’m about to say be interpreted as racist or disrespectful without the intention of being racist?

I’m going to talk about a couple of examples from travels that we can apply at home. When experiencing a culture that’s vastly different from everything you know, it’s a natural human condition to jump to conclusions and make judgments. But before that, try observing the situation and understanding the reason behind it. A simple observation could provide deep insight.

For example, traveling through Japan, you’re likely to ride a train. You might notice how oddly quiet and miraculously clean it is. It’s similar in other public spaces in Japan where it’s frowned upon to disturb others. You have to be respectful.

In China, on the other hand, the experience couldn’t be more different. People are on their speakerphone talking loudly, eating and talking to each other, and even smoking in every conceivable space. In this society, the person on the receiving end has to be tolerant and accepting of others’ behaviors.

Your job as an observer or visitor is not to start a revolution of social norms in that culture. A guest should try to adapt and fit in with local society as best as possible.

Food is at the center of Korean culture. Not just the food itself but table manners, how we prepare the food, how it’s served and eaten, important holiday ceremonies, and so on. If you’re eating at my house, most likely I’ll serve Korean food and talk about each dish and a normal table manner in Korea. I would not judge a visitor for not knowing or following these subtleties, but seeing you understanding and observing these manners would make a difference.

I could go on and on about this subject because I’m passionate about it. Ever since I left home, where everyone I knew was the same race as me, I’ve had countless encounters with racism. I didn’t know at that time. It hurt me but I didn’t know I could label it as ‘racism’. It continues to this day when I now know what it is.

I’m not bitter. I’m sad for those who are rejecting our differences. Isn’t it wonderful to learn about a different culture and get your mind blown? There are people in the world who are doing the same thing but in a totally different way. Wouldn’t you want to know and enjoy the fact that we’re so diverse? 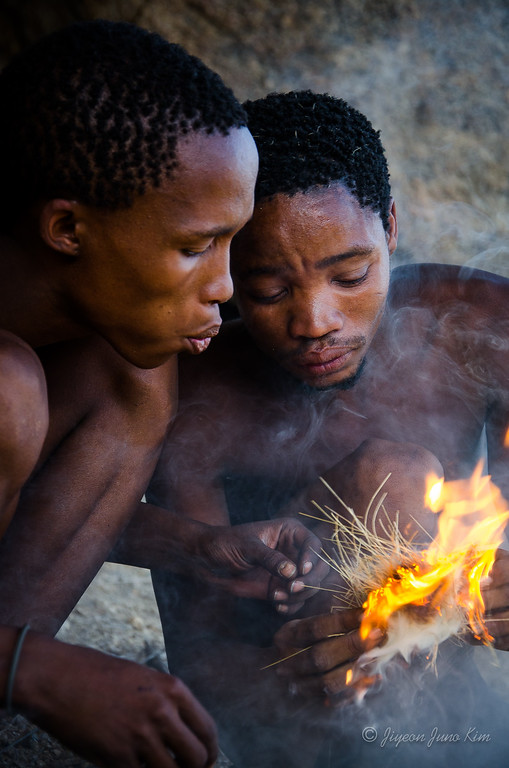 San people in the Namibian Desert, teaching how to build a fire using a bird’s nest

Remember where we’re from

A photo of San People building a fire hangs in the center of my living room. It’s a reminder that we all came from the same place. We learned how to walk, to build a fire, to sustain life from nature, and eventually diversified our ways of life because it’s stronger and more sustainable that way. Let’s think about that and be kind to one another. And remember, the difference is good. If we were all same, the world would be such a boring place, don’t you think?