The ghost town of Val Jalbert is a lot more cheerful than it sounds.

Led by the real-life figures of the village, visitors are invited to travel back to the 1920s.

The town of Val Jalbert was established in 1901 by Damas Jalbert, the founder of Compagnie de pulpe Ouiatchouan, a pulp mill company. The mission of the company was to meet growing demands for newsprint in Britain and America. Two strong waterfalls, one of which is higher than Niagara Falls, provided the required energy to operate the machinery. Wood pulp was produced and sent to the USA to be transformed into paper. A small village with modern services was formed for the workers including the convent-school, general store, post office, and four types of dwellings. In 1909, the mill was bought by Compagnie de pulp de Chicoutimi after Damas Jalbert passed away only three years after the opening. The mill went under moderation and in the early 1920s, the village was known for its modern conveniences (like a lightbulb!) and was the envy of the surrounding communities. This village with 40 houses had running water and electricity 25 years before the rest of Quebec.

Many of the workers were laid off between May 1924 and December 1925 due to an administrative setback. The company went under the control of the Quebec Pulp and Paper mills and started flourished again. In 1926, the village had a record population of 950. However, the recovery was short-lived since the pulp industry was in decline and the mill produced only pulp, not paper. Production was suspended permanently on August 13, 1927. The village was abandoned less than a few years after closing the mill.

But the story of Val Jalbert didn’t end there. The spirit of this enigmatic site frozen in the year 1927 still lives on.

How to explore Val Jalbert

Visitors are invited to be immersed in the heart of a unique and distinctive experience in the old grinder room. Technology brought the plant, workers, life, and the dramatic story of this village back to life in a grand scale. While workers from the bygone era tell their stories, 360-degree projections light up hundred-year-old artifacts. Rain, fire, and even snow make this experience more ghostly. 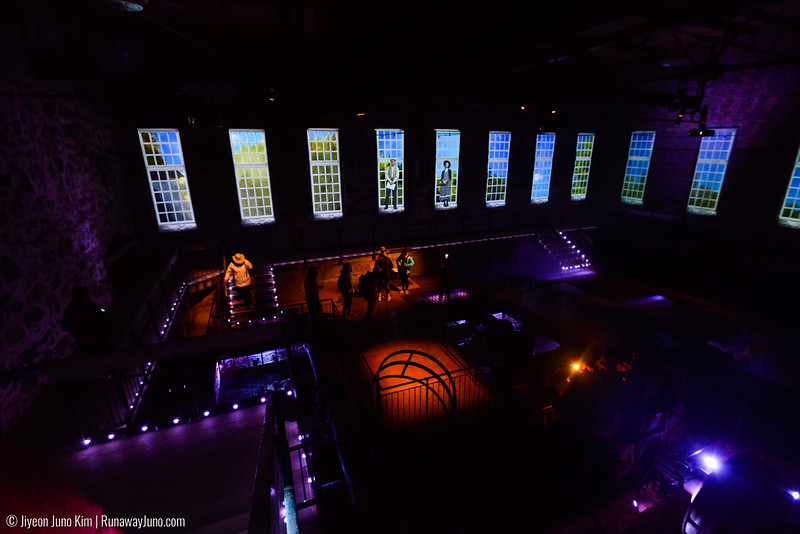 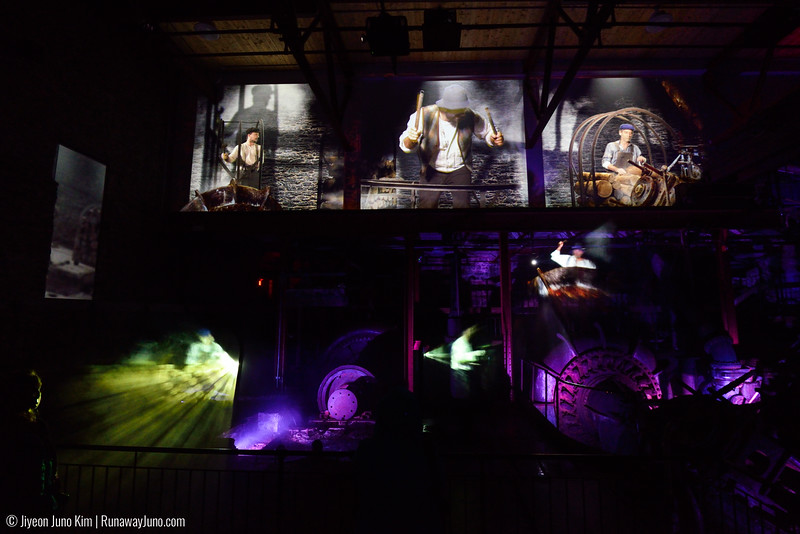 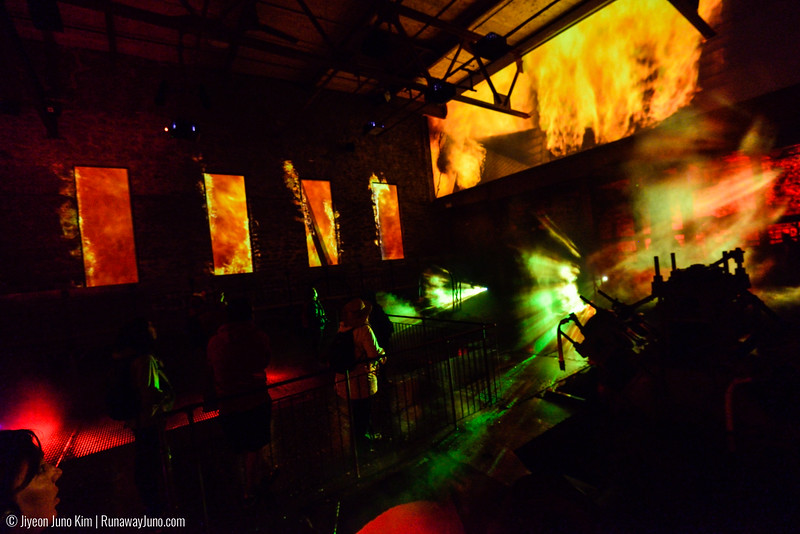 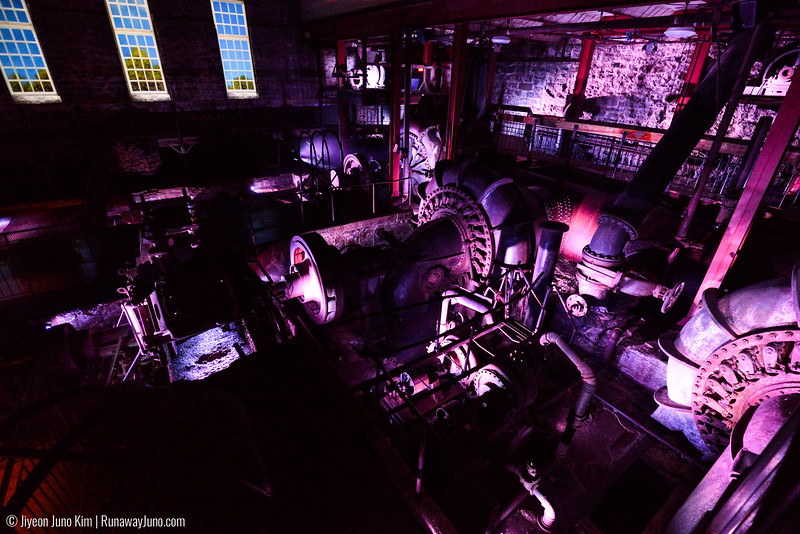 This magnificent 72-meter (236 ft) high Ouiatchouan Falls is higher than Niagara Falls by 20 meters. Ouiatchouan means “clear-water river” in the Innu language. Maligne Falls, which you can see from the top viewing platform of Val Jalbert is 49 meters (160ft) high, also called Second Falls. These falls are the source of electricity which goes to four regional partners, Pekuakamiulnuatsh Takuhikan, the Domaine-du-Roy MRC, the Maria-Chapdelaine MRC, and the municipality of Chambord. The installed power capacity at the plant is 16 megawatts, for an annual delivery of 78,094 megawatts/hour. 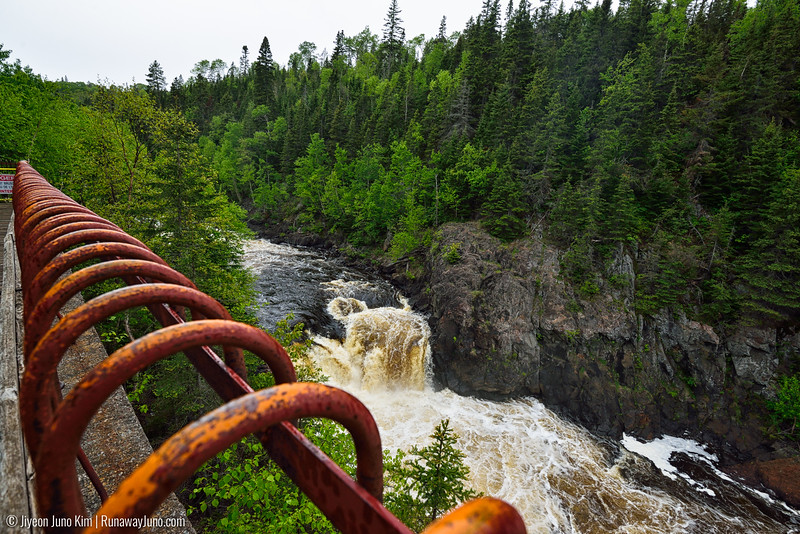 Hop on the Balade (trolley bus) to visit the village with the lively mayor and the townsfolk. Behind the mill is the starting point of the cable car that carries you to the top of Ouiatchouan Falls where you can see a spectacular vista of Lac Saint-Jean. If you’re feeling adventurous, climb the trail and 750 step stairs to the top! I also recommend taking time to explore the village by foot. The trails cross the village, follow the river, climb up to the plateau, and so on. You might be able to meet friendly ghosts who want to tell you a story or two. 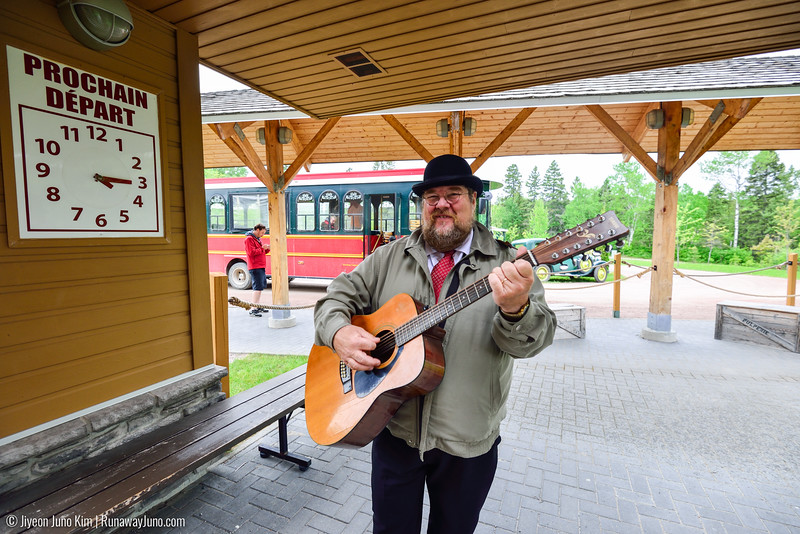 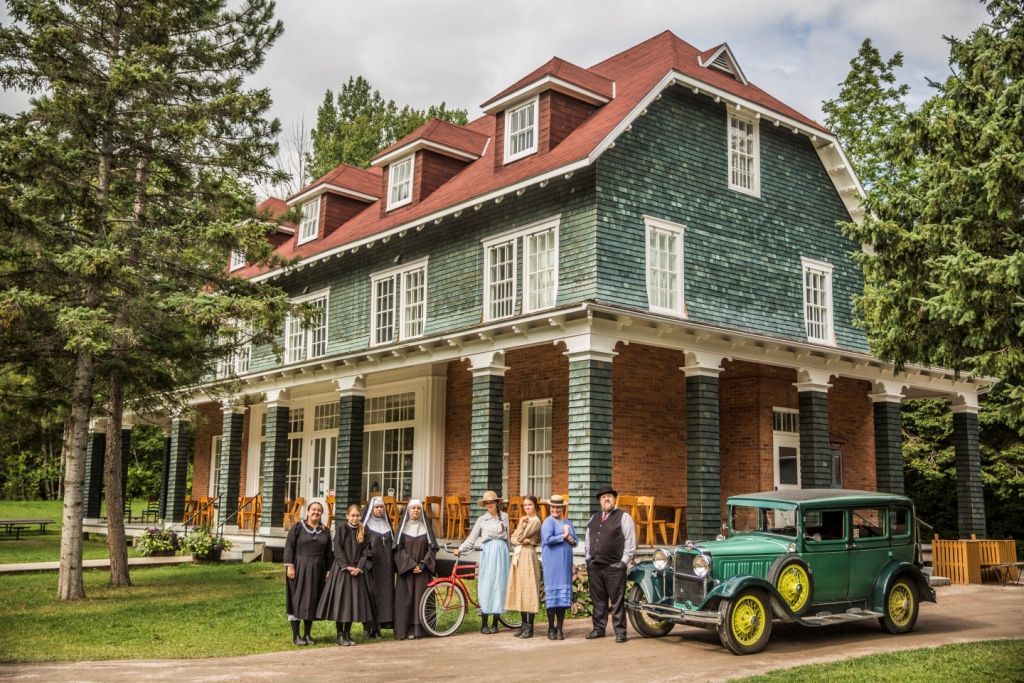 Chef Carl Murray offers fine dining with a spin. He serves a wide range of great dishes, but the highlight of the dinner menu is Watasé, a cultural heritage meal. Watasé is the same style of food that the workers used to eat here. It contains a crepe topped with vegetable, pork, and salmon with two different sauces. Eating the food from the 1920s in the very place they used to work kind of feels eerie but that’s the point! There are different types of heritage meals available depending on the season.

There is a reason why this heritage meal feels more authentic. The chef Carl Murray’s grandfather and great-grandfather worked and lived in Val Jalbert. A picture of them with fellow workers is hanging in the restaurant. I’m sure that’s something that his grandfather never imagined in the 1920s pulp mill. 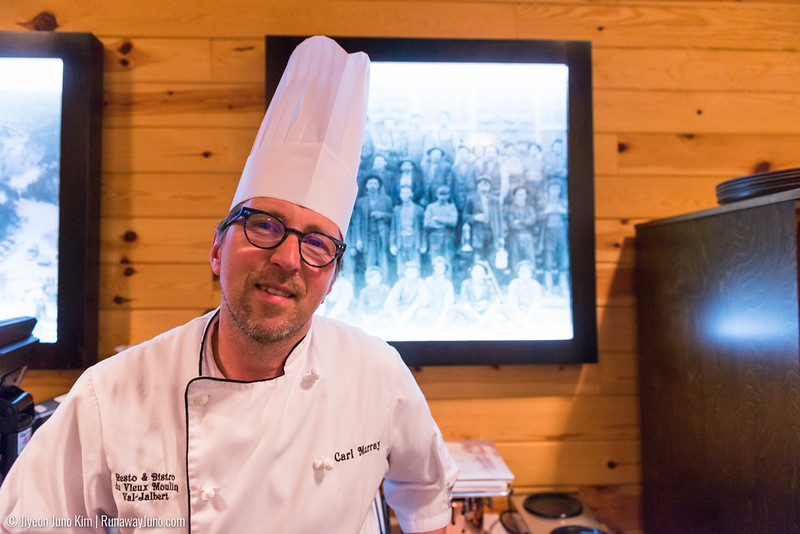 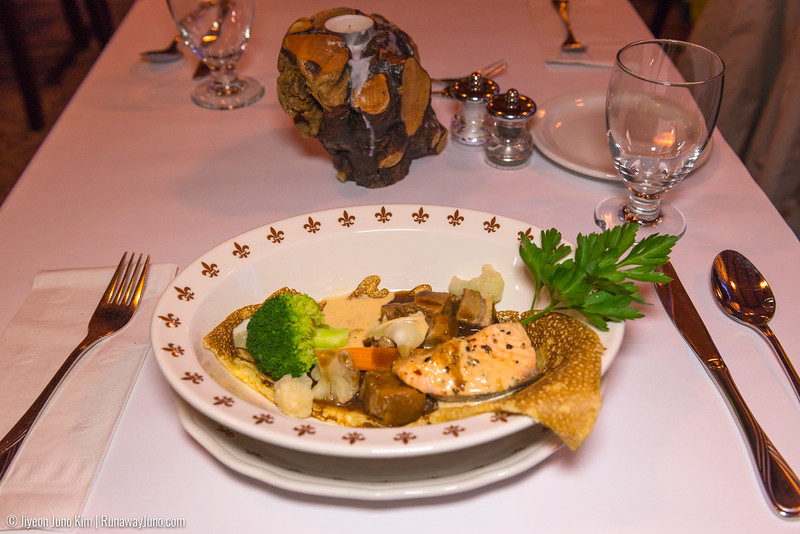 The ghost town is even more spectacular at night. Explore the village with a flashlight (provided with a room) before heading to bed. The Ouiatchouan Falls light up at night (although we didn’t see it during our visit) and also some of the buildings. If you haven’t met any ghosts during your daytime walk, now is a good time to expect one. 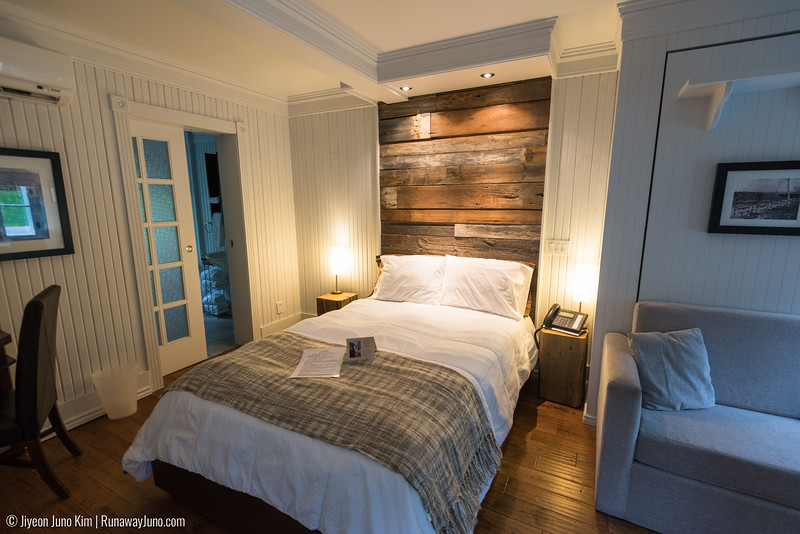 Check out the map of Val Jalbert here.