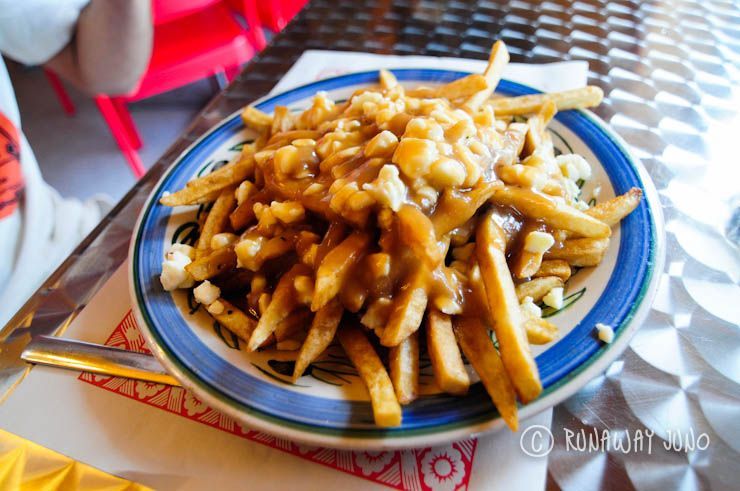 Yes, I am in Canada right now. Quebec City, exactly.

So, what do I do when I come to the new place?

Well, that’s not all I do, but eating is certainly one of the most important factors in my travel for years now. Like we all know, it’s a great way to get to know the place. Especially considering I’m from Korea, where food is a big part of the culture, I value the food. And it’s another excuse to have a great meal, so why not? 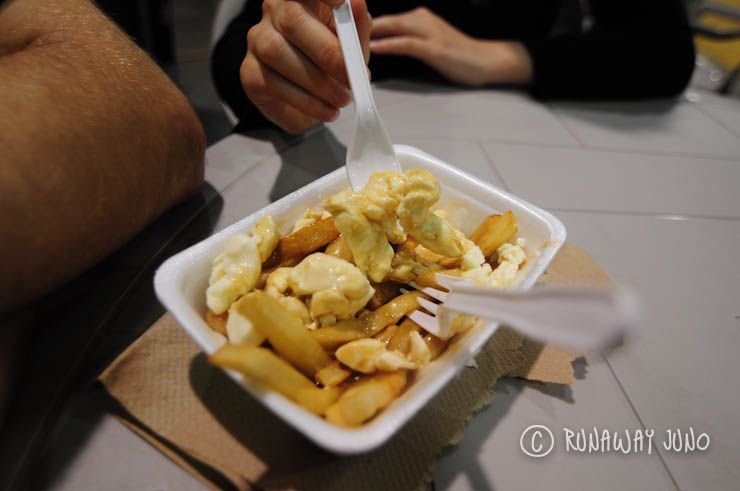 Oh, the famous poutine. What is Poutine anyway?

Poutine is a diner staple that originated in Quebec and can now be found across Canada. It is sold by national fast food chains, in small “greasy spoon” type diners (commonly known as “cantines” or “casse-croûtes” in Quebec) and pubs, as well as by roadside chip wagons (commonly known as “Cabanes à Patates”, literally meaning “Potato Shack”). International chains like McDonald’s, A&W, KFC and Burger King also sell mass-produced poutine in Canada. The dish may include additional ingredients such as lobster meat, rabbit confit, caviar, and truffles.

We were driving to Quebec city today, when we were talking about ‘we should have some poutine today’ and voila! There it was, a small Pizzaria just after St.Martin. That’s the Universe talking. We turned our car back and had poutine. The first poutine in Canada. In fact, the first eat out in Canada, cause we camped last night.

It was, hard to explain. Have you ever had poutine? Then you will understand what I said about ‘hard to explain’. It was a mixture of gravy, cheese and french fries but taste much more complex. French fries are one kind of my comfort food. Actually, fish and chips are my comfort food (or some would say hangover food). And with gravy and cheese on top? Oh poutine, I think I fell in love with you! 🙂 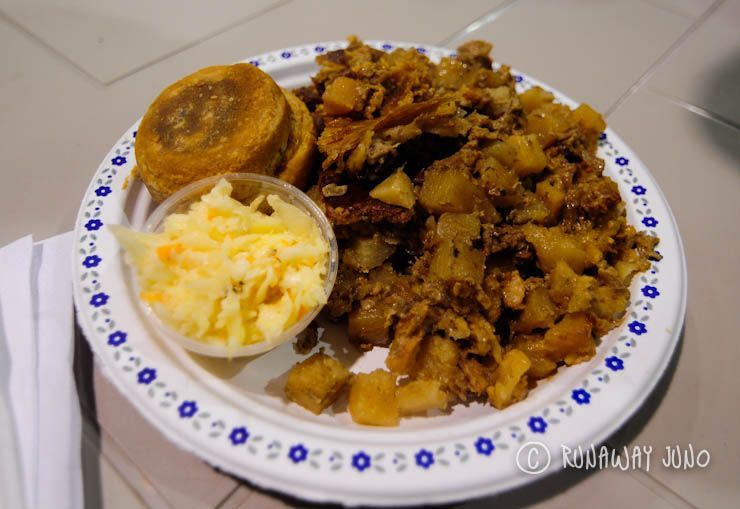 Another explanation from Wikipedia,

A tourtière is a meat pie originating from Quebec, usually made with minced pork and/or veal, or beef. It is a traditional part of the Christmas and/or Christmas Eve réveillon and New Year’s Eve meal in Quebec, but is also enjoyed and sold in grocery stores all year long. This kind of pie is known as pâté à la viande (literally, meat pie) in the Saguenay-Lac-Saint-Jean region.

Simply say, it is a meat pie with traditionally port, veal and beef. But it doesn’t have a shape of pie. It looked kind of doubtful  but it was really delicious. This is very common dish in Quebec region. We had tourtière at EXPO Quebec with our couch surfing host Phill and his friends. Very interesting EXPO by the way. 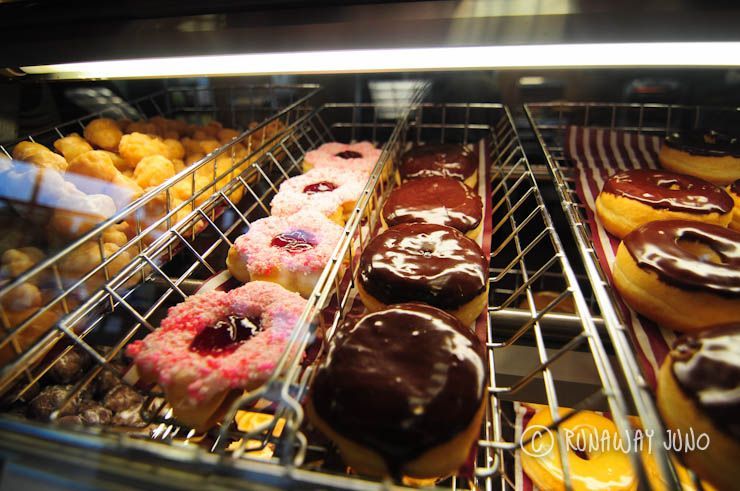 Vise Versa, we just had to go Tim Hortons. Neither of us eat donuts often, but maybe because we are in Canada, we had a sudden urge to eat donuts at ONLY Tim Hortons.

The variety of donuts was amazing. So many of them!

We got 10 Timbits and coffee. Mmmm… Coffee and donuts! 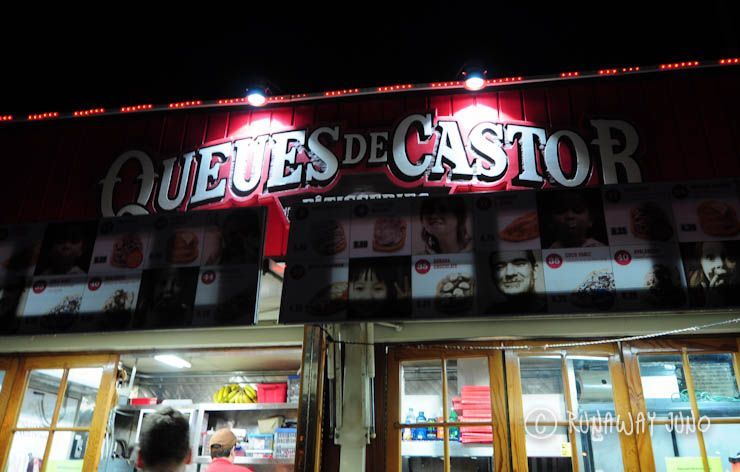 Seriously, I think I might have had a heart attack if I had a Beaver Tail tonight. I had enough extraordinary food for one day. I’ll save the joy for the next day. 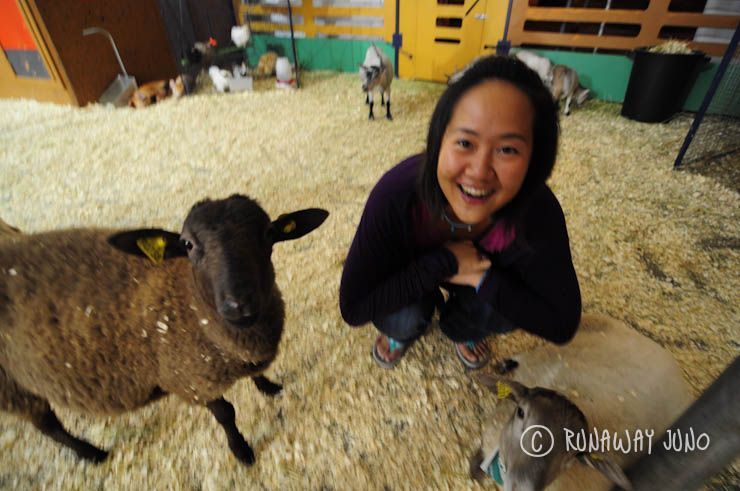