Runaway Daily: USA – Day 25 – The day I cross the border to Canada 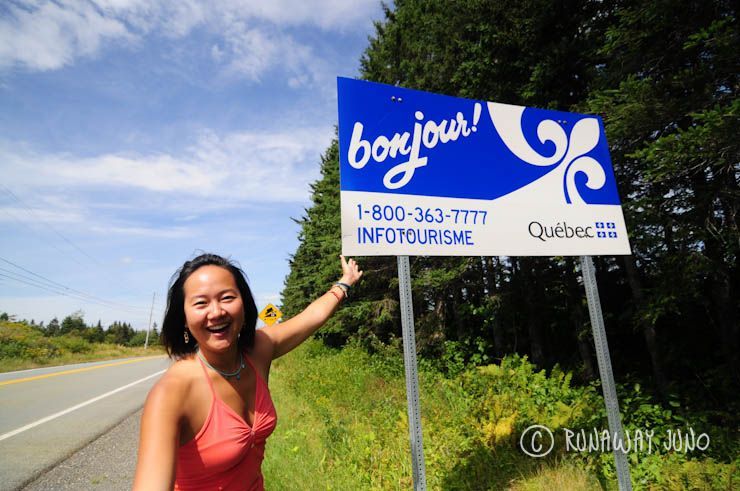 Day 25. The day I crossed the Canadian Border

Guess where I am?  Too easy? Yes! I’m in Quebec Province, Canada.

Sitting in Musi Cafe at Lac Megantic, working a little bit with a cup of cappuccino. This town is a dark night sky preserved area. I think I would get along with this town pretty well!

We spent another two days at Pittsburg, Northern New Hampshire. By the lake called Back Lake. Like I said, I almost can see Canada from there! 🙂  Since we were so close to Canadian border, why not visit the friendly neighborhood?

Just drive along the route 3, which is called ‘Moose Alley’, it leads you to Canada, just like that. By the way, the route 3 called Moose Alley because it’s the way where moose are crossing, apparently but I didn’t see any of them. I saw a bunch of Turkeys instead. Maybe they have to change their name to ‘Turkey Alley’!

Well, anyway, after went to a little hike along the Second Connecticut lake, we drove about 12 miles and met the Canadian border. Again, just like that. 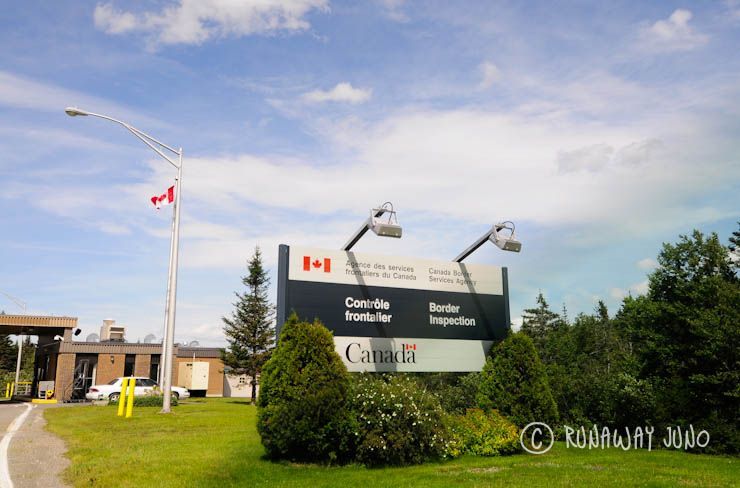 Frankly, crossing the border was a little nerve breaking for me. Since the US custom has so much problems with lots of travelers, I wonder if I get into any trouble with my 90days visitor’s visa. What if I’m not allow to back in the US?!

But, the Canadian custom kept shaking his head saying,

So, I crossed the border. It was just a short border, but everything feels different around here. Maybe because of the snowmobile signs and km/hr signs, must be. Yes, there will be ‘Signs of Canada’ post, upcoming.

Only one downside is, I didn’t get the Canada stamp. Maybe I should print it out to my passport myself. Wait, is it illegal to do that? 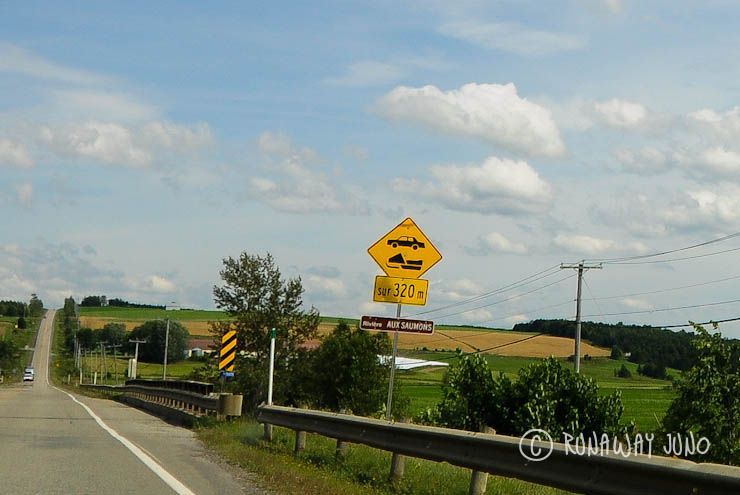 From here, we are heading to Quebec city, probably tomorrow. From there, we will make a loop back to Vermont.

I bought a little handbook of Italian study book at a book sale in Fredericksburg library, and now I think I should’ve bought French study book instead. French and I have no luck in my past. I took German instead of French in highschool, and I studied a little Spanish and Italian, the choices between French. Well, maybe it’s time to learn some!

Any quick French tip for me?! 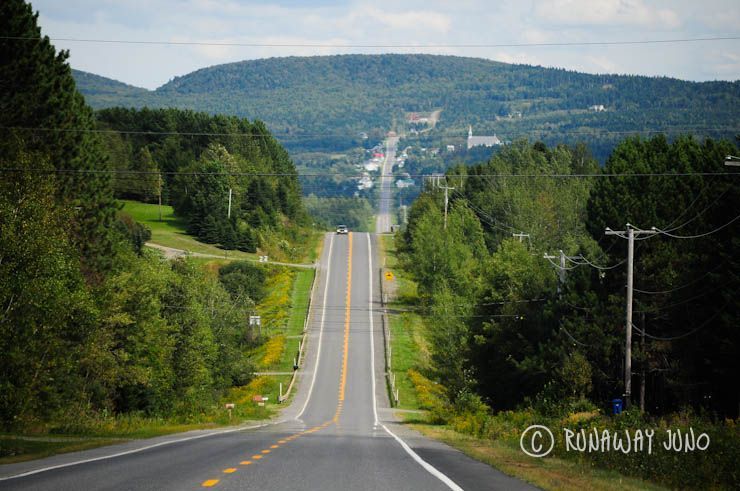