No man’s cafe in Jeju island

How much would you pay for a cup of coffee and a seat?

What would you do, in the café when you are about to leave, and no one’s watching? How much would you pay and more importantly, are you going to pay?

There’s this place in Jeju Island. Beautifully decorated, serves tea, coffee and juice just like any other coffee shop but only difference is that no one’s watching or helping. Meaning, there’s no manager behind the bar or waitress who serves you the drinks.

Coffee is ready in the pot, juice is in the fridge, kettle is available, green tea bags, plenty of cups and even some snacks are there. Have anything as much as you want and pay fair amount of money. That’s the rule. Oh and you have to do your dishes as well. 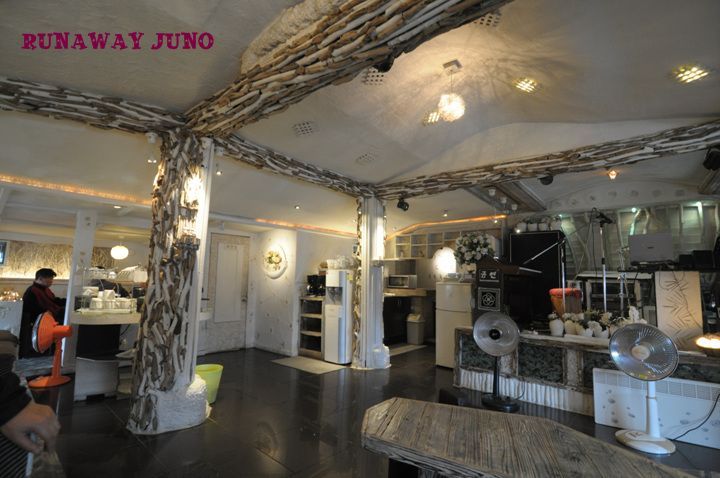 Jim, who was my guide for a day said this kind of place is never going to work in England, where he came from. I agree and I wonder if it works in Seoul even. First I know about this place I thought ‘How Jeju-ish.’ Jeju is well known for its safety. Not because it’s dangerous. Even though Jeju is the most touristic place in the country, it is still the safest place to live. When I was in the guesthouse with Ailing, we’ve been out for several hours to get some food or to local market with door open. The guesthouse is filled with awesome stuff but no one seems have interests in stealing stuff. This is one of many reasons why I love about Jeju, the liberal spirit. One of the post from Bohemian Traveler, No Beggers, No Thieves shows the great spirit of Jeju that I like.

So yes, I went there with Jim, we had a cup of tea, coffee and some snack. We cleaned our mess and leave fair amount of money in the bucket. 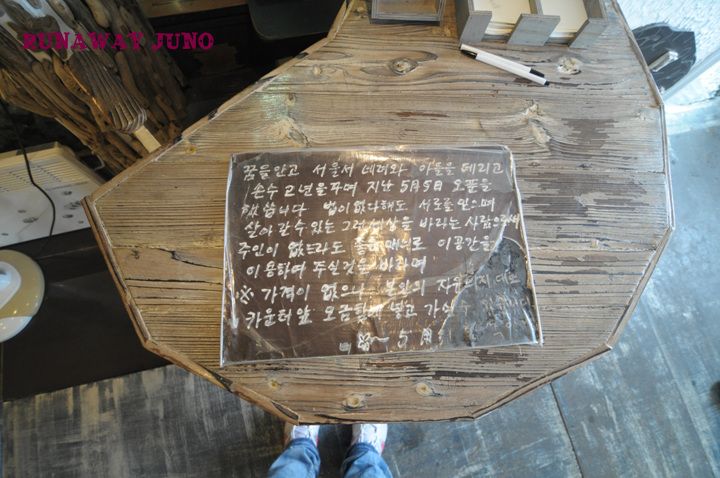 On the way out, there was a sign from the owner. He said, he wants to make a world that peaceful enough that we all can live without laws or rules. I noticed that people were very respectful to use the facility. They understood the spirit and did what was right. I’m sure there’s quite amount of people that just went in and out without leave any money behind but most of people would. Good for him to make this cafe, and good for people who can enjoy it. Hope this palce is really helping to biuld a better world. Well, one cup of coffee can’t change the whole world just like that but at least it can give people an idea how to.

21 thoughts on “No man’s cafe in Jeju island”