Flores Island is emerging as one of the most fascinating islands in Indonesia. Rightfully so. Here you can swim in pristine lakes, dive at some of the world’s best dive sites, explore caves, experience the local resident’s traditional lives, watch the most beautiful sunsets, and more. See these seven ways to make the best of the Indonesia’s next big thing. 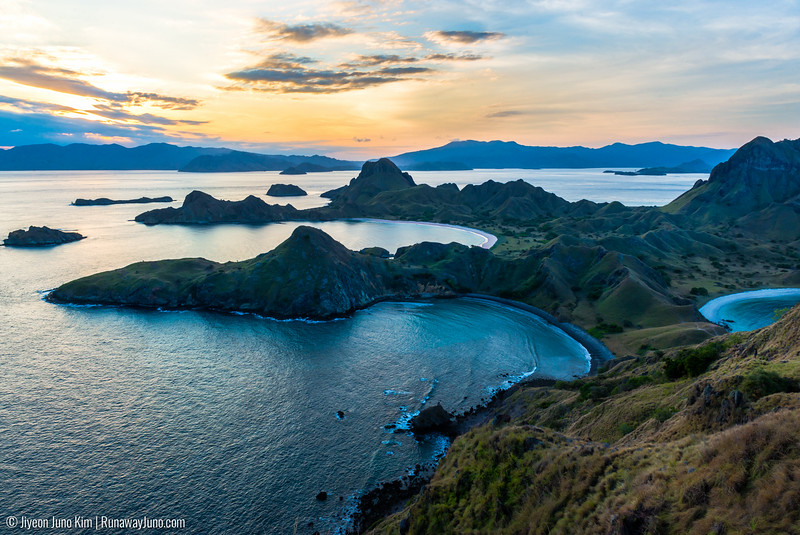 Where was the best sunset you’ve ever seen? It’s a hard question, I know. Especially it’s hard to pinpoint where to go to see the sunset in Indonesia. But there is one place you should pay attention to; Padar Island. When traveling around Flores Island, don’t forget to carve out some time for hiking to the top of Padar, especially if you love photography, landscape, or simply love seeing beautiful places. How can a place like this exist? Was my first thought. If we could imagine a dragon snorkeling, that might resemble what Padar Island looks like. This dramatic geological feature created four beaches, including the one in pink, and many scenic hilltops. The hike up here is steep and slippery but perfectly doable with a little caution. Don’t forget to bring a headlamp if you are going for the sunset view. 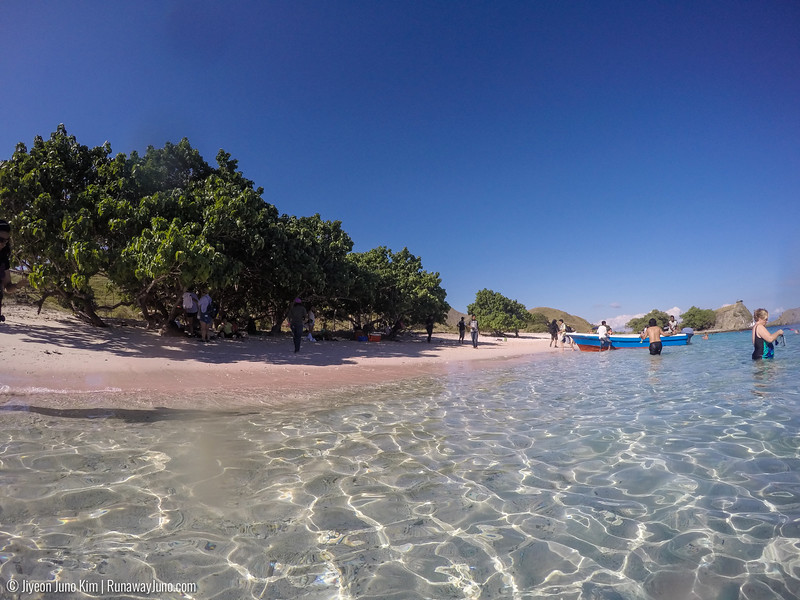 Some people might doubt that there is a beach with pink sands. Is it really pink or are people exaggerating? Well, put away your doubts because Pink Beach, or Pantai Merah, is one of seven pink beaches on the planet. Under the blazing Indonesian sun, this exceptional beach shines in many shades of pink. The color comes from microscopic animals called Foraminifera, which produce a red pigment on the coral reefs. The tiny fragments of red corals and white sands create the romantic pink shade. It is, one of the most beautiful beaches I’ve ever seen. The Pink Beach is also welcoming for all visitors with gentle waves and colorful underwater scenes. 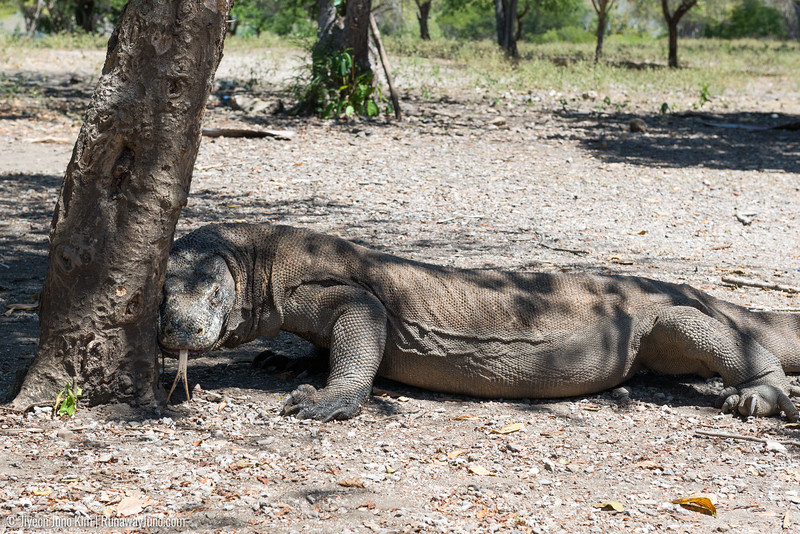 Komodo National Park is where you can visit Komodo dragons in their natural habitat. The Komodo dragon is a large lizard species found in Komodo, Rinca, Flores, Gili Motang, and the Padar islands. It’s the largest living species of lizard, growing up to 3 meters (10 ft) and weighing up to 70 kilograms (150 lb). Their size is unusually big because of a phenomenon called island gigantism. They are capable of running as fast as 20km/h, diving up to 4.5 meters, and climbing trees when young. The park includes the three largest islands of Komodo, Padar, and Rinca and 26 small islands. Visitors normally trek Komodo Island to see the dragons. Remember to follow your guide’s instruction at all times!

Flores Island’s rugged and volcanic terrain is ideal for organic coffee production. Well known for its sweet chocolate and woody taste, Flores coffee is a little something to enrich your time in this fine island. 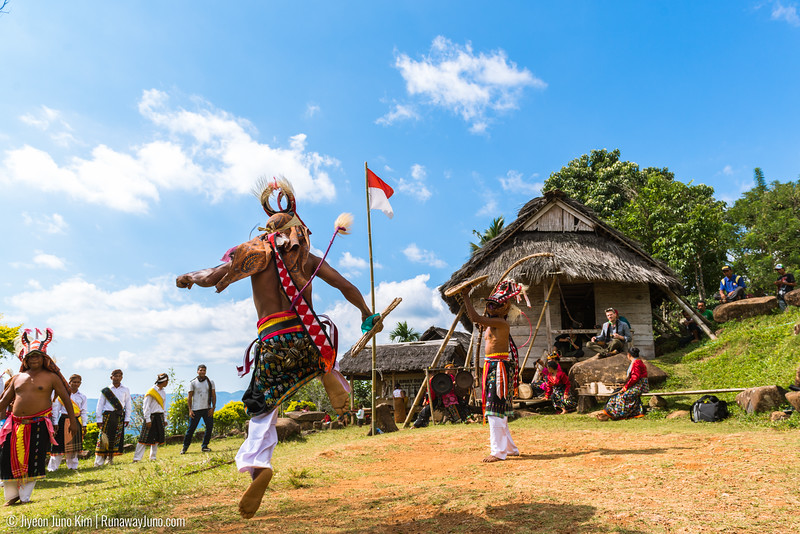 Melo Village is a great place for travelers to experience the Manggaraian culture of Flores Island. A half-day visit to the village offers a wide range of activities, including weaving, bamboo pole jumping game Tetek Alu, music, cultural ceremony, sopi tasting, and the famous Caci performance. Caci, a ritual whip fight, is a major element in Manggarai culture. It’s a fight between two men usually from different villages. The whip symbolizes men and the defender’s round shield represents the female. Men wore songket over their pants but their upper body remained uncovered. The blood shed from by the whips is an offering to the ancestors. 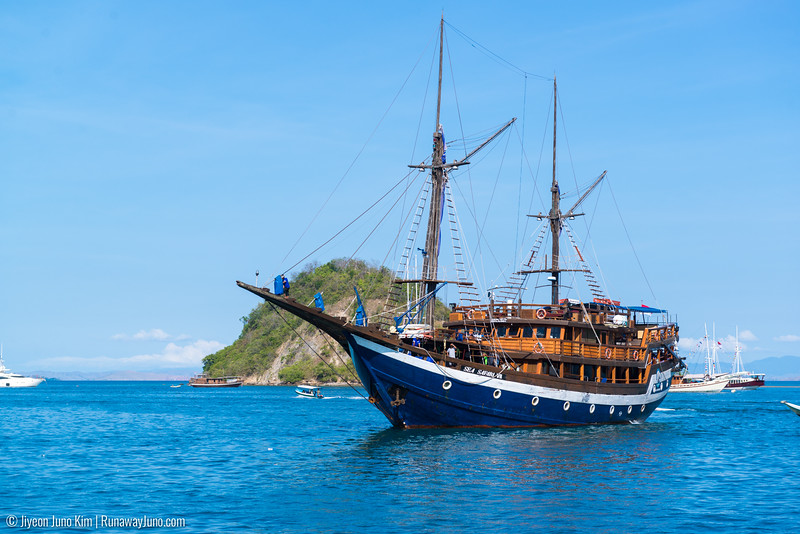 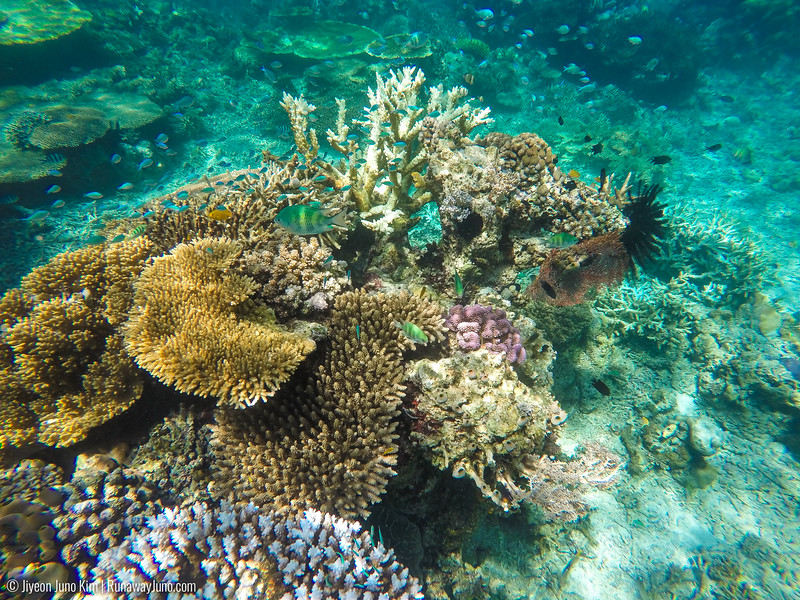 To explore 17,000 islands of Indonesia, you can’t stop moving. What to do? Go island-hoping on a phinisi boat. A traditional Indonesian two-masted sailing ship, phinisi was built by the Konjo tribe in South Sulawesi. In the modern days, phinisi boat is modified into diving charter boat for tourism purposes. There are many companies to look for, but Plantaran provides beautiful phinisi boats with luxury accommodation setting. We went on an island hopping for the afternoon and spend a night sailing back to town while watching the star-full night sky on the boat. 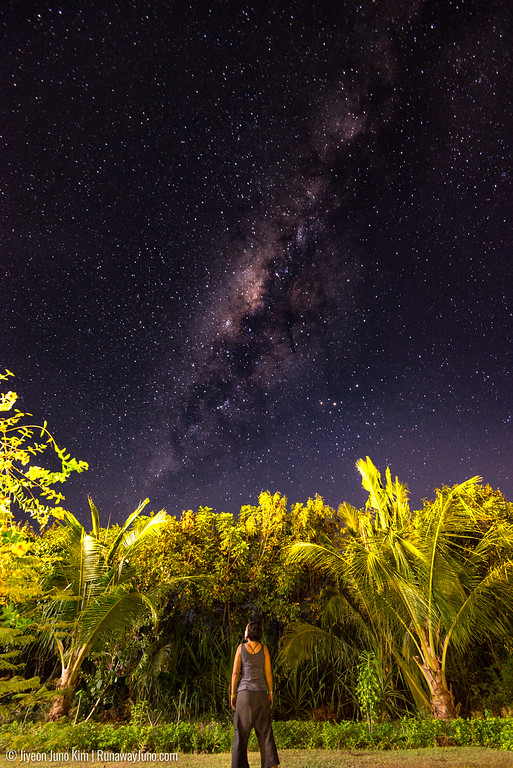 Anywhere you might end up around Flores Island, keep looking up at night. If there are no clouds, which is most of the time, you’ll see one fine night sky. It’s a great opportunity to see the Southern Cross if you are from the northern hemisphere. Be prepared to make a wish to shooting stars!

#I was a guest of #TripofWonders organized by Ministry of Tourism Indonesia. The opinions expressed here represent my own, as always.