There’s a little piece of land outside of Vancouver, Canada, that triggers your imagination. It’s a collection of small sheds, float houses, and boats almost hidden from the main street by overgrown bushes. Time has stopped here; it’s like looking at an old photograph. It seems very unlikely that a place like this still exists but it has since the early 1890s. That’s Finn Slough.

Fifteen kilometers directly south of Vancouver’s city center, there’s the city of Richmond, the site of Vancouver Airport. In the early 1890s, a group of Finnish people arrived in south Richmond and bought land at the junction of No.4 road and Finn Road. It was still dense forest back then. They saved money by working as coal miners and loggers to buy the land by the river so they could fish in the Fraser River. The people cleared the land, grew crops, and hand built fishing boats to catch salmon runs through the river. 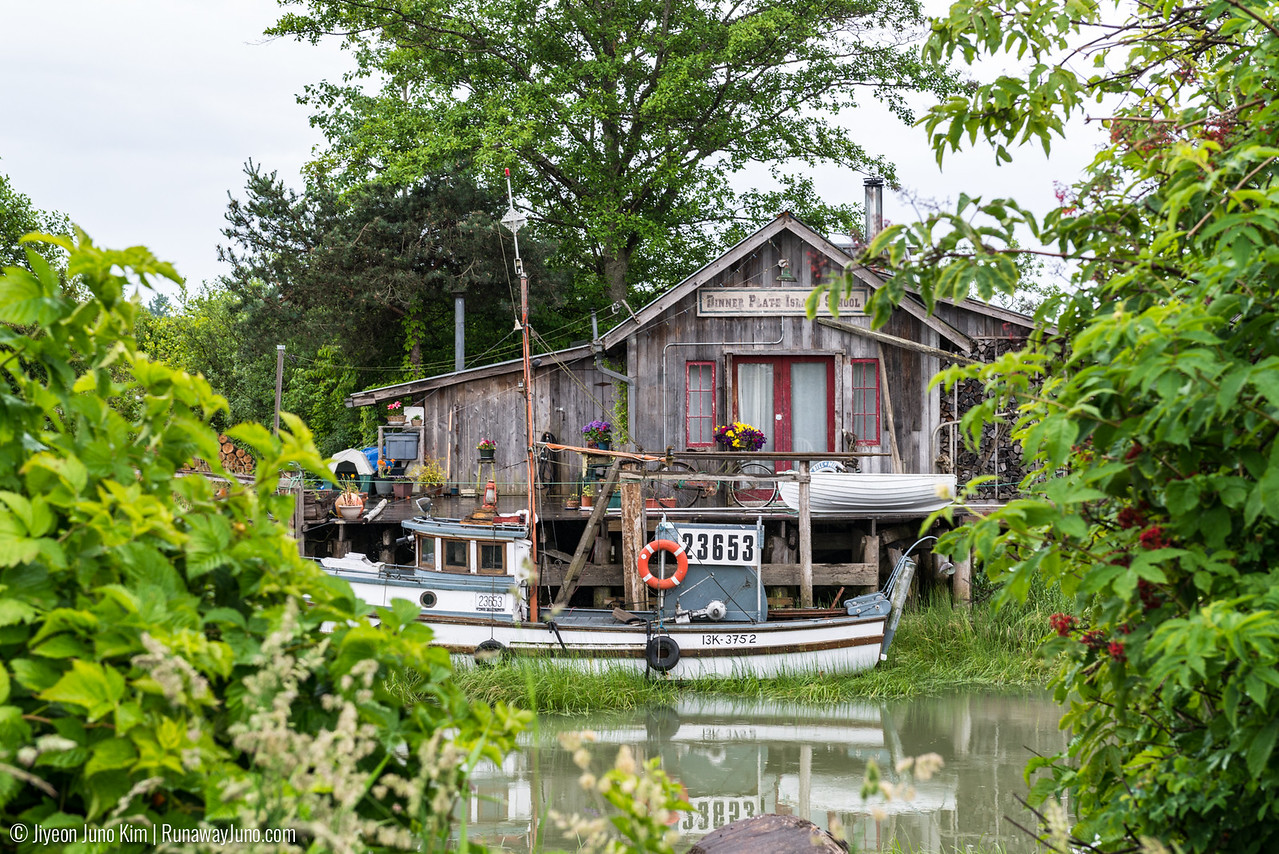 By 1910, there were a good amount of fishermen here at Finn Slough, not just Finnish people but also Scandinavians. In the 1930s, Finn Slough became one of the strongest local fisherman’s unions. Sometimes there were over 40 boats at the slough and it was the beginning of the busiest decade for this fishing village. Work and life were not seen as separate and people were often happy with that lifestyle. This is very different from the modern concept of zoning which separates work from family life. It was also a home for some of the outsiders who didn’t speak Finnish but worked with the descendants of original settlers. The slough was not so isolated anymore.

Finn Slough is a reminder that the salmon fishery was once the most important industry in Richmond. The Finn Slough buildings and the way those buildings were laid out on the waterfront are a reminder that the fishermen (and a few fisherwomen) lived a different lifestyle than that of the old Richmond farmers who settled most of the area. Float houses, net sheds, and drying racks were built close together to maximize the efficiency of the process. Many of the structures were built out of recycled wood before the term recycling had been invented. The structures were carefully built and self-regulated to work in harmony with the environment and having as little impact on it as possible. This was part of an attitude that resources should not be wasted, an attitude we could all benefit from now.

Finn Slough (or sometimes Gilmore or Tiffin Slough) can be found on the south arm of the mighty Fraser River in Richmond, British Columbia, Canada. The Slough is bounded on the Fraser Riverside by Gilmour Island and on the north by a dike built to protect Richmond. Access to homes on the Gilmour Island side of the Slough is by a wooden drawbridge, creating a definite sense of isolation from the nearby urban areas of Richmond and Vancouver. 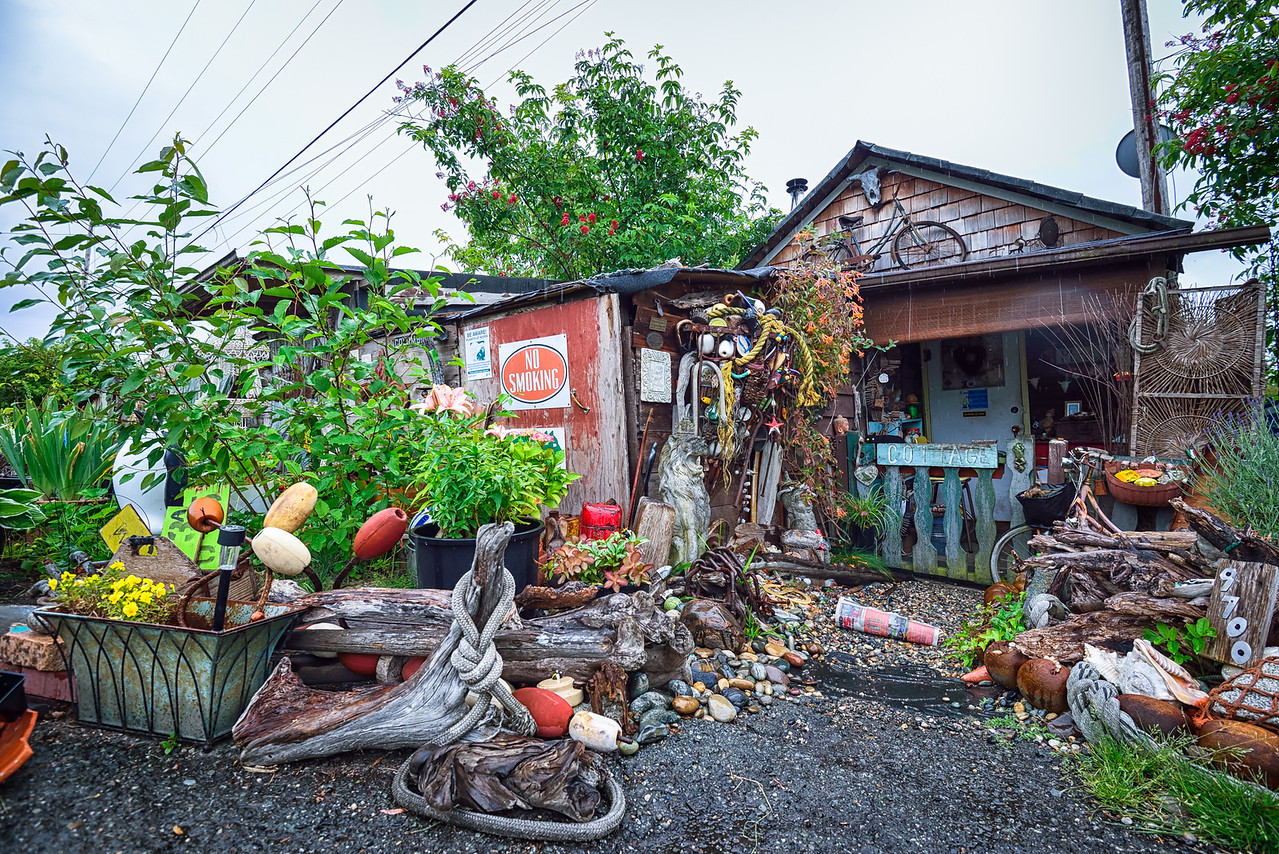 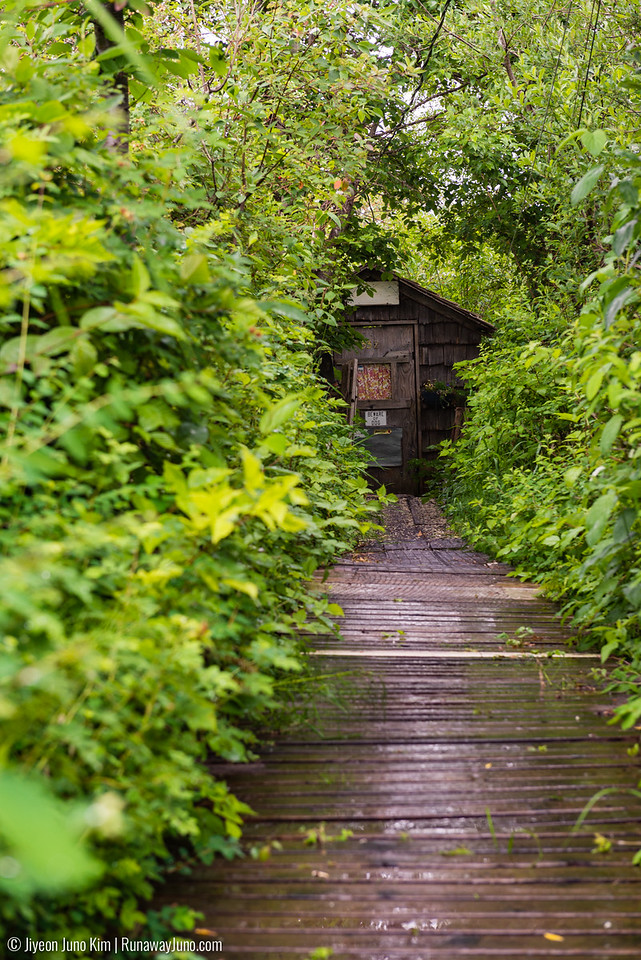