“The coal dust from the harbor was so thick we had to sweep up the mess every single morning.”

Portland, Maine is a port town, and has very characteristic charm. It makes people visit and stay longer. While I was there, I enjoyed walking along Casco Bay. I liked the environment that is created by happy people. It was a lively neighborhood. Sea breeze had a light scent of shellfish, cheerful music playing in the restaurants, and the dark blue colored ocean along the Bay.

But this Bay wasn’t always this pleasant. It suffered from highly toxic pollution due to industrial development. According to the interpretive sign,

“By the summer of 1866, Portland was the largest commercial shipping port in the nation. Industries sprouted up everywhere. Much of their waste was simply dumped into rivers, streams, and directly into the Bay.

Few realized we were creating a toxic stew that would someday endanger the health of the Bay’s ecosystems and threaten to destroy fish, clams, and the livelihoods of those dependent upon the Bay and Estuary.”

After all these years, now we can enjoy clean and beautiful Casco Bay, with lots of wildlife. Be sure to walk along the Bay when you are in Portland, Maine. It is also quite romantic. 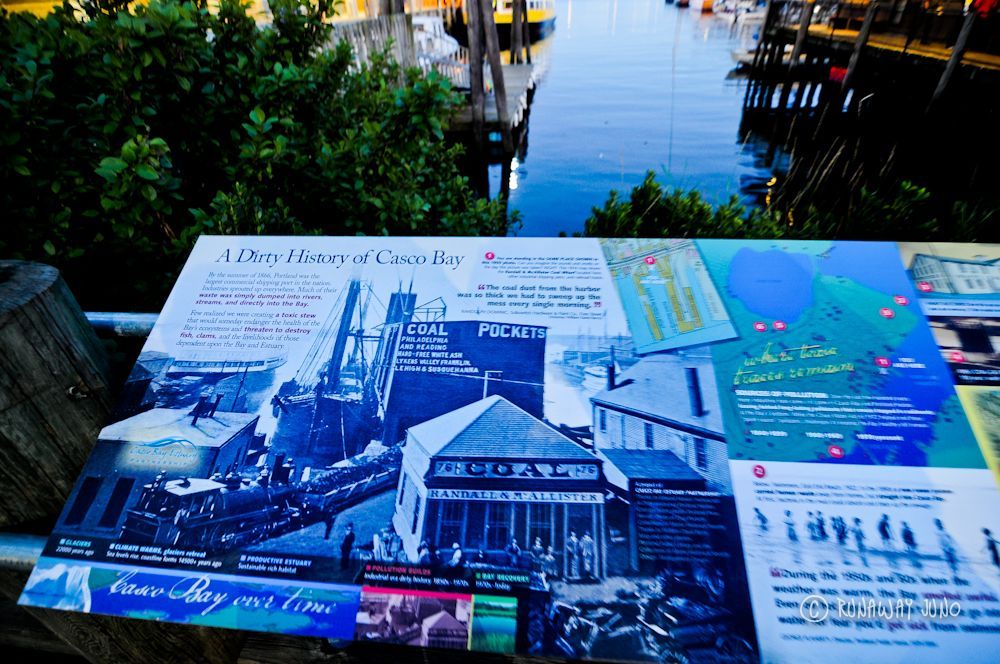