#CityAdventures Off the Beaten Track in Hong Kong

Looking for something different to do in Hong Kong?

Everyone seems to do the same things in Hong Kong. They go up to Victoria Peak, take a ride on the Star Ferry, visit Man Mo Temple and the giant Tian Tan Buddha, and then shop and eat until they can shop and eat no more. But what if I told you that you could spend a week or more visiting out of the way temples, historic sites, hiking trails, islands, and villages? To start you off, here are just three of the many places to visit. 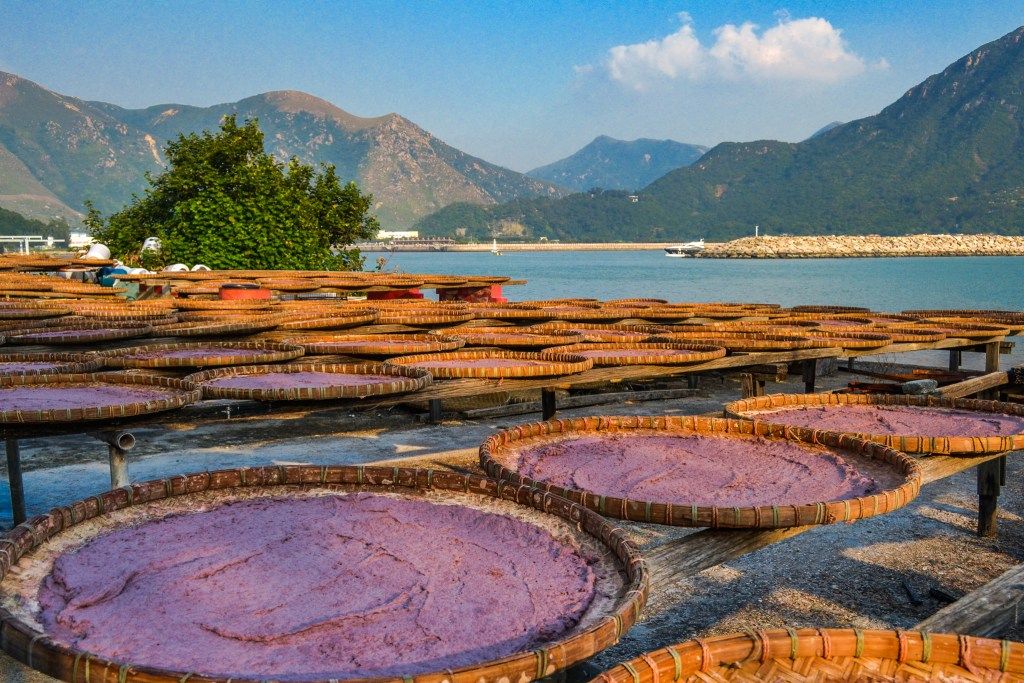 A walk through the fishing village of Tai O is a journey through another world; one entirely removed from the buzz and commotion of central Hong Kong or Kowloon.
Explore the area by strolling down narrow lanes and getting lost on the bridges and boardwalks that connect the stilt houses. Pass temples, restaurants, and shops as you check out the ladders that hang off the walkways into boats beached by the low tide. 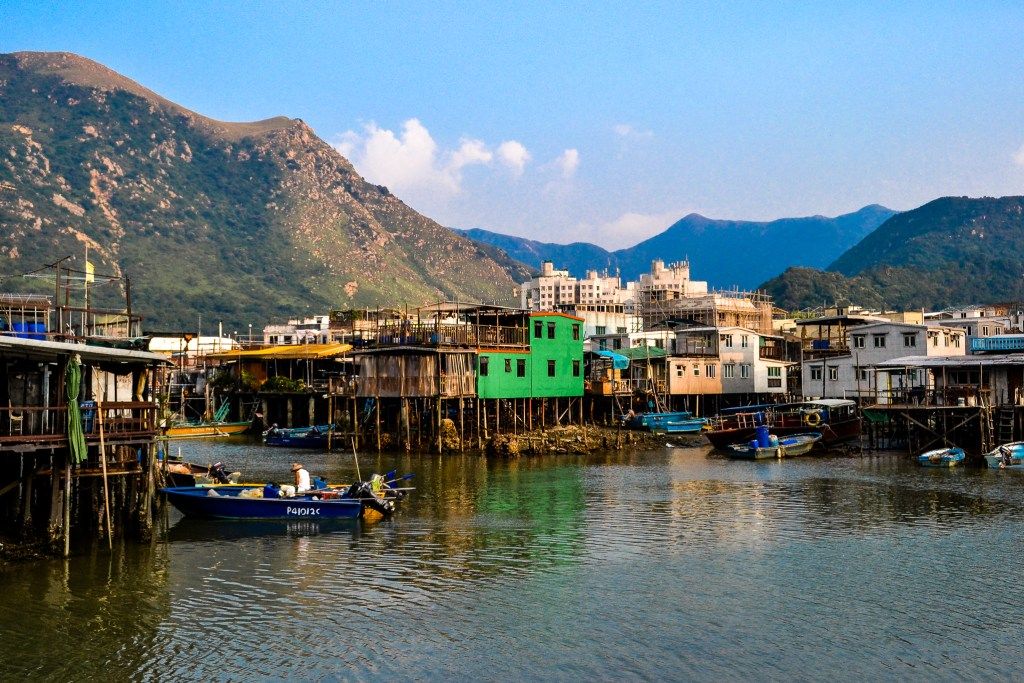 Sleepy dogs raise their heads to check out the newcomer, halfheartedly guarding the food or laundry hung to dry outside. Ancient Chinese men on bicycles whiz by while others sit on benches with their buddies, commenting on the day’s events.
A walk to the end of the peninsula leads to the old police station (now a boutique hotel), great sunset views, and plenty of shrimp paste drying in the sun. Take a boat from near the bridge to see the rare Chinese white dolphins that live in the waters around Lantau Island.
Shop in Tai O for fresh and dried seafood, salted fish, and shrimp paste, and be sure to sample local treats such as husbands (a shrimp and pork-filled pancake), salted egg yolk, donuts, and egg waffles. 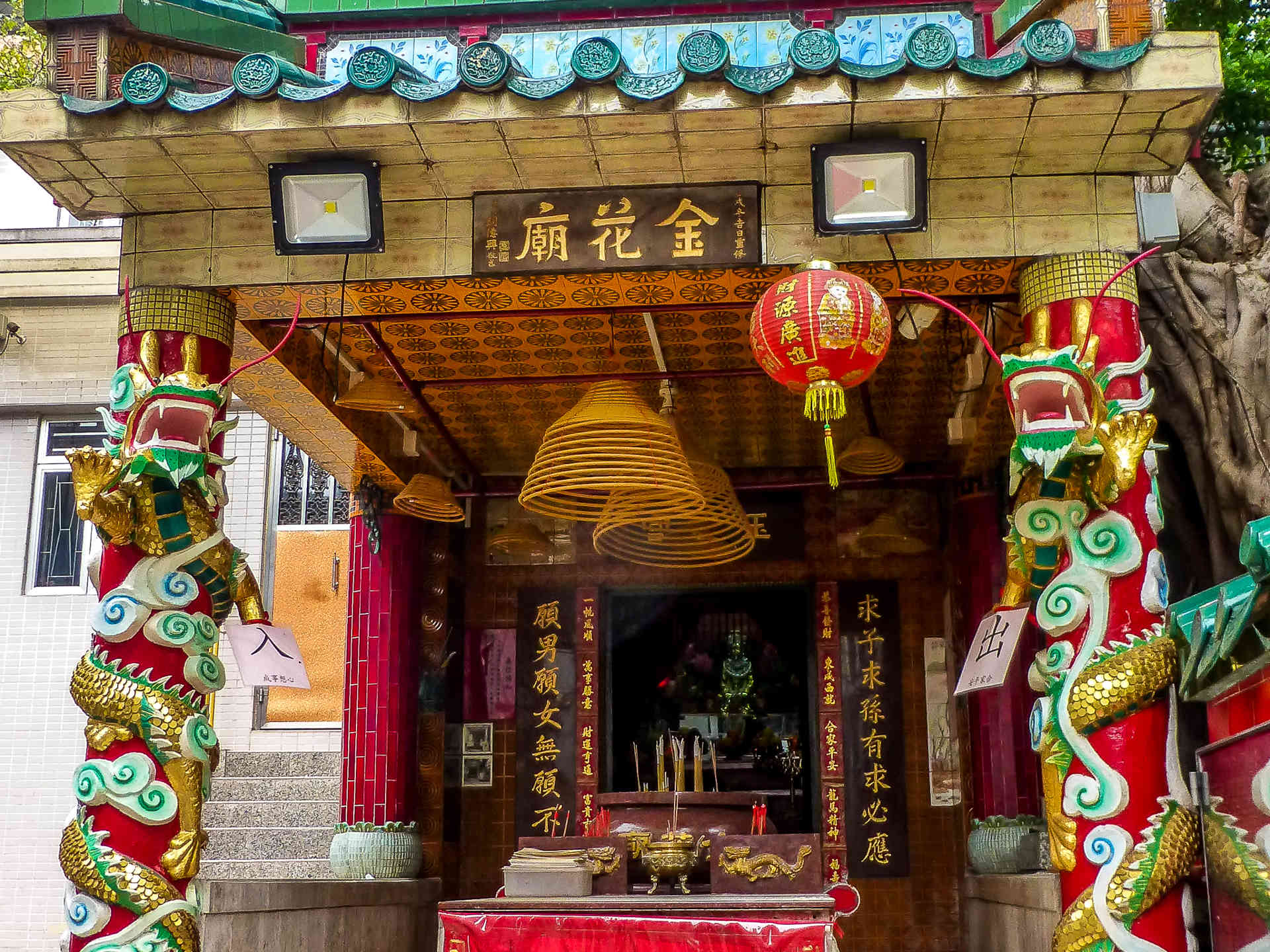 Once one of Hong Kong’s most important industrial centres, the tiny island of Peng Chau is now quiet and peaceful. Endless racks of bicycles near the ferry dock are evidence of its car-less state; the only motor vehicles found here are for emergencies or construction.
The main settlement on Peng Chau is near the ferry terminal; just a couple of quiet, narrow alleys filled with shops and cheap restaurants. But the real charm of Peng Chau lies just outside the village.
The peaceful trail that circles the island takes about two hours. It winds past temples, the old match factory, abandoned lime kilns, beaches and cemeteries. Walk up Finger Hill for fantastic views back to Discovery Bay, chill out for a while at Tung Wan beach (not for swimming), and stop at the Golden Flower shrine to pray for a long line of descendants! 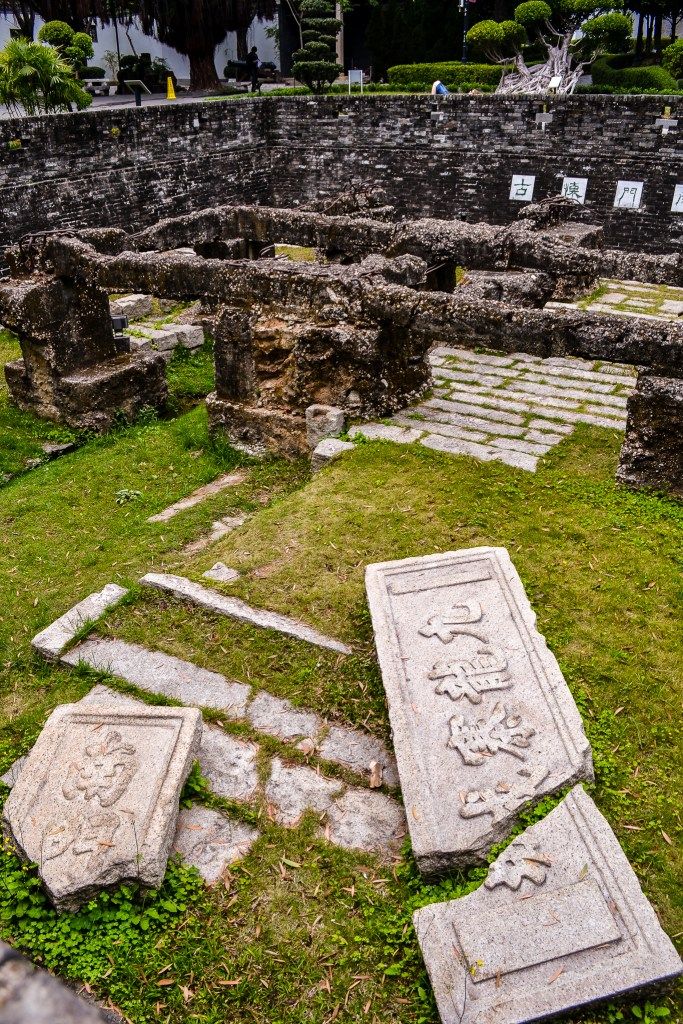 Hong Kong has a reputation for tiny, cramped housing, and none more so than in Kowloon Walled City. Now a park, this 2.8 hectare area was once the site of a series of 300 interconnected, haphazardly-constructed high-rise apartment buildings. 35,000 people lived here in tiny, often windowless apartments with limited access to water, plumbing, and sanitation facilities.
It was, in fact, a city; a microcosm of Hong Kong itself, with numerous small businesses and industries, but with little regulation it also became known for drugs, brothels, and crime. However, former residents remember their lives there with fondness, mostly due to the sense of community that prevailed amongst the occupants.
In the late 80’s the government decided Kowloon Walled City had to go, so residents were evicted and the buildings destroyed. The park that covers the space now contains a few remnants of the old city as well as photos, stories, and memorials that provide a fascinating glimpse into what life was like for the people that called the city home.

Getting here: Take the MTR to Lok Fu station, Exit B, and take a taxi. Or take bus 1 from Tsim Sha Tsui Ferry Pier and get off at Tung Tau Tsuen road (across from the park).

Inspired yet? Because Hong Kong’s city area isn’t too big, any Hong Kong hotels would be a good place for you to stay to do these adventures. Book yourself a week in Hong Kong and go exploring!

1 thought on “#CityAdventures Off the Beaten Track in Hong Kong”