#CityAdventures How to Indulge the Art Scene of Paris

This is How to Indulge the Art Scene of Paris

For people that love to indulge their culture bug while traveling there is no better city than Paris. Most people think of food and wine when they think of Paris but I think it’s one of the best cities for seeing art and culture on a budget. It’s easy to hit just the big name museums in Paris but let me tell you about some of the lesser knowns but well worth exploring. There are many Paris hotels to stay near the art action.

This small chateau filled with sculptures by Rodin was my favorite museum in all of Paris. (Yes, I liked it better than the Louvre.) It was well laid out, informative and beautifully designed. Built in a historical building called The Hotel Biron, over 300 of Rodin’s works reside here. There are three parts of the museum: the house, the chapel, and the garden. The garden is the highlight of the museum; where his most famous works reside including “The Kiss” and “The Thinker”. Make sure to go toward the back of the garden for some of his larger and more daring pieces, such as “The Gates of Hell.” 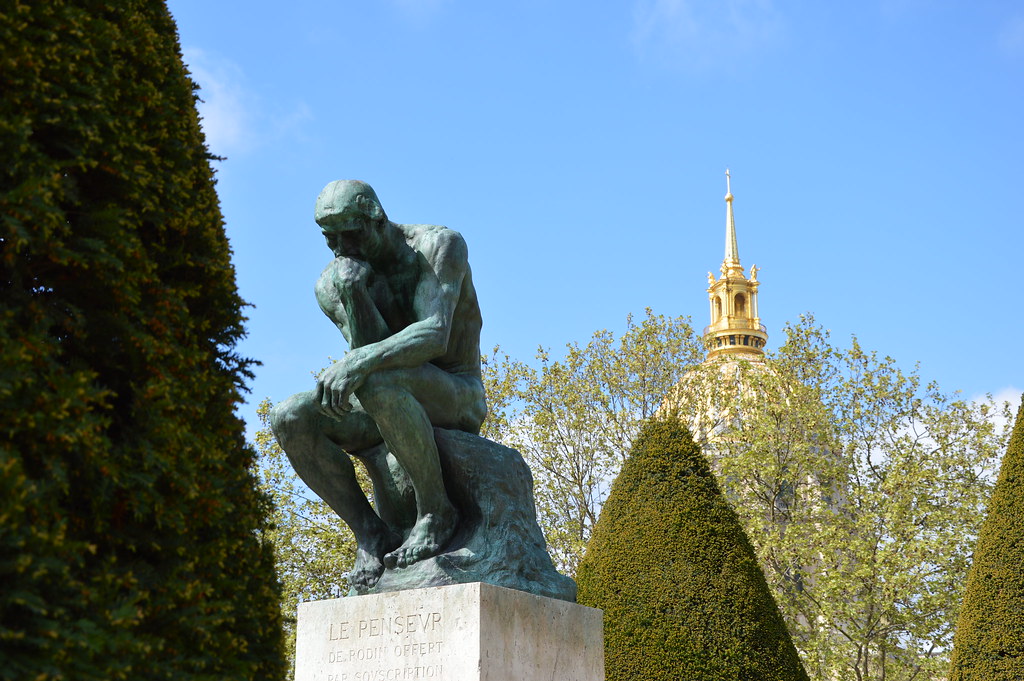 Fashion is a work of art and Paris has its own unique sense of style. The Mode et Textile museum in Paris is conveniently located right next to the Louvre and can easily be done on the same day in about an hour. Well worth the trip; it has retrospectives on interesting clothing subjects like lingerie and how the fabric has evolved from the Ancient Greeks.

It also houses one of the largest fashion collections in the world with beautiful couture gown on display from Dior, Dolce & Gabbana, Chanel and more. Hey… We might not be able to afford it in real life but we can enjoy it in a museum, right?

Housed in the train station built for the 1900 World Fair, the Orsay is a national museum devoted to all the arts between 1848-1914.The various artistic movements represented include Academism, Realism, Impressionism, Symbolism, Art nouveau… It holds one of the largest modern art collections in the world and holds many of the pieces that were liberated by the Nazis during WW2. Among the featured artists are Bonnard, Carpeaux, Cézanne,Degas, Gallé, Gauguin, Guimard, Manet, Millet, Monet, Pissarro, Redon, Renoir, Rodin, Van Gogh and many more.

How do I afford all of these?

I find that two reasons people avoid seeing a lot of museums in Europe is the ticket price and the long lines. The M Pass fixes both of these problems. The M Pass comes in 2, 4 and 6 day lengths. Varying in price from 24 Euro to 74 Euro; it gives you access to over 60 different museums and monuments with no waiting in line and if you plan on seeing a lot of things during your trip, it can save you over 100 Euro. The best strategy with buying the M Pass, is to go to a smaller museum like the Musee Rodin or the National Museum of Picasso and buy the pass there. The line will be shorter. Then you can use the pass the cut the lines at more popular attractions like Notre Dame, the Pompidou, the Louvre or the Arc de Triumph. I’ve tried out similar museum passes in cities like Amsterdam, Rome and Brussels but I found that Paris’ is the best BY FAR for value and well worth the price. You can see the full list of museums and attraction here.

●Runaway Juno Media is running #cityAdventures campaign with Marriott International! We’re going to explore 12 iconic cities around the world with 12 different themed articles. This is the sixth post of the campaign: Paris.
●This awesome piece was written by Meaghan McGurgan.