A Foodie’s Guide to Sydney, Australia

Sydney is cosmopolitan, bustling and multicultural. The city’s immigration background from Europe to Asia has introduced cuisines from every corner of the world to this harbour city, where it is common for locals to start their day with a plate of full English breakfast washed down with a perfect cup of Italian espresso, refueling around lunch time with fresh salmon and tuna sushi rolls and finish the day with a feast of authentic Thai satay and curries.

It is no wonder that traveling foodies often come to Sydney for the feast of their lives, and here’s how you can plot your own culinary adventure through this beautiful city.

Eat around the world in one city

Sydney is a melting pot of cultures, and there are pockets of the city where ethnic groups have been offering true to taste cuisines to hungry locals. It is possible to get goat curry that tastes like they’ve come off a street cart in  Peshawar, pad thai perfectly fried to remind you of your travel to Bangkok and pizza that could be mistaken for one delivered straight from Rome.

All it takes to find authentic cuisine, is to know where to go.

Newtown has been known as ‘Thai-town’ for a while now, with no less than 20 Thai restaurants just along King Street you won’t be left without a choice here for your beloved green curry and pad thai. 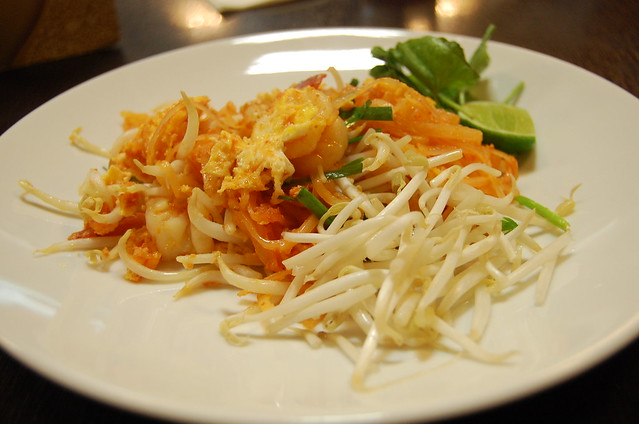 For a spot of Korean cuisine, Sydney’s suburbs of Strathfield and Eastwood are prime locations. Try Jonga Jip, a successful Korean restaurant in Eastwood for great hot pots and barbecue offers, or simply duck into one of the smaller family run establishments for the popular Sundubu jjigae dish.

Pho, the delicious beef noodle soup are best tasted at the Vietnamese heartland of Cabramatta, a suburb that was once notoriously known for gang wars, now a culinary destination with great restaurants and fresh produce markets selling all the needed fruits, vegetable, herbs, and spices. Try local’s favourite – Pho Viet – for the best pho in town.

It isn’t just Asian cuisine taking the spotlight here. If you feel like some fettuccine a la Italiane, head to Leichhardt, the city’s known ‘Little Italy’ where the best pasta and pizzas can be found, or, should you be in the mood for hummus, shish kebabs, baklava and rosewater ice cream, a train trip to Jasmin 1 in Bankstown will satisfy those cravings.

There’s always a reason to have coffee

Sydney has been playing catch up with Melbourne when it comes to coffee, but in the recent years, the effort to get ahead in the coffee war is paying off and the various micro-roasteries like Campos and Toby’s Estate, as well as many of the experimental coffee bars have successfully turned Sydneysiders into coffee snobs!

You could try to look out for quirky cafes surrounding your Sydney accommodation, but it pays to know where to look too.

For great coffee, you wouldn’t go wrong with a visit to Pyrmont, a small area next to the glamorous Darling Harbour, where you’ll find Antidote at the base of The Star. This small boutique coffee bar looks more like a science lab, with beakers and drip tubes used for their signature cold drip coffee.

Opposite the railway tracks from Pyrmont is the bohemian Surry Hills where a boom of boutique cafes has given this small suburb a trendy status for coffee lovers. Try the Single Origin Roasters and The Reformatory Caffeine Lab for something a little different and surprise yourself with just how stylish and fun drinking coffee can be.

Alternatively, great coffee can be found in the ‘inner west’ of Sydney – a collective term referring to the areas surrounding the University of Sydney. Both Campos and Toby’s Estate were founded in this area, and today’s students have become accustomed to great coffee ever since.

A harbour city cherishes its seafood

And the best place to get as much seafood as you want is at Sydney Fish Markets. Open daily, the market is popular for lunching locals and seafood loving tourists. You can get whole cooked lobsters, juicy king prawns, well-seasoned crabs and plump rock oysters all under one roof. You can choose to fight the seagulls (and other people) on the outdoor deck at the market, or take it to a park nearby and have the picnic of your life. 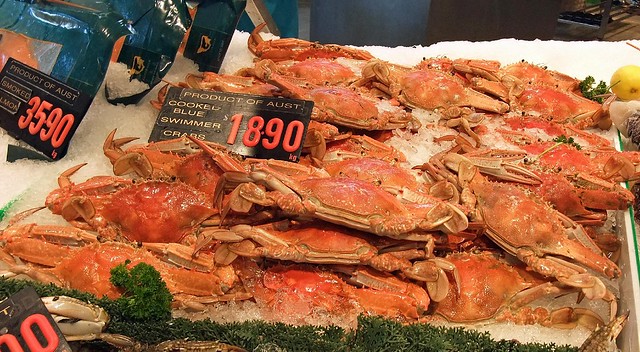 If you are after table service, with the best view of Sydney Harbour Bridge and the Opera House instead, then splash out on a meal at Nick’s Seafood Restaurant in Darling Harbour, or Quay Restaurant at The Rocks. Just ask your Sydney hotel concierge to make a reservation for you.

There is no end to the array of food experiences Sydney can offer, so go on! While you are in Sydney, you might as well eat well!

●Runaway Juno Media is running #cityAdventures campaign with Marriott International! We’re going to explore 12 iconic cities around the world with 12 different themed articles. This is the third post of the campaign: Sydney.
●This awesome Sydney piece was written by Amy McPherson of Footprints and Memories.
●Photo: Ryan Wick, Midvill, richard winchell, Eng-Joo Ong