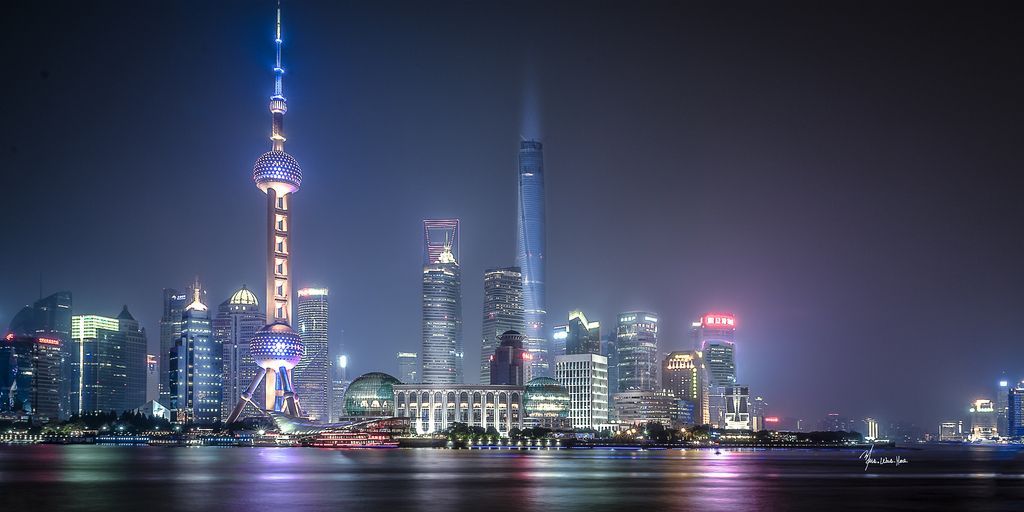 Visitors to China have an enduring love for Shanghai. China’s most modern and ‘westernised’ city (with the possible exception of Hong Kong), dynamic and cosmopolitan Shanghai is often liked to China on training-wheels: the charm and culture of China mixed with the accessibility of a true international city.

Unlike many of China’s ‘second tier cities’, where western food and accommodation can be hard to find, visitors can find a wealth of Shanghai accommodation and dining options to suit any taste and budget.

With a population of 28 million and a massive urban sprawl, Shanghai can be a bit intimidating to newcomers. Unlike Beijing with its world-famous Imperial Sites, Shanghai can also be a difficult city to know exactly what to do in.

It’s most famous, perhaps, for its shopping and dining scene – but you’d be doing yourself a disservice if you didn’t take the time to explore the history, culture, and contemporary innovation that takes place in the city.

What follows is a brief beginner’s guide to Shanghai. It’s impossible to do justice to the city in just one post, but this one ought to steer you in the right direction.

Shanghai boasts a number of fantastic museums covering a whole range of topics.

First and foremost amongst these is the excellent Shanghai Museum, whose collection covers everything from Chinese art to calligraphy to prehistory. With touring exhibits also present at any given time, you can spend an entire day in this vast collection and still not see it all.

The kid-friendly Shanghai Science & Technology Museum has a number of fantastic, interactive exhibits, while the Urban Planning Museum boasts a fantastic replica of the city as well as a number of other surprisingly engaging exhibits on the development of this massive city.

My personal favourite would be the tiny Propaganda Museum, a personal collection of ‘Red China’ era posters and artworks showing the strong pro-Communist, anti-American sentiment that once existed along with more classic images from Mao’s China and even the time of British and French occupation.

Shanghai’s most iconic district is undoubtedly represented by the riverside architecture of the former British concession.

Representing architectural styles from gothic to renaissance and a few others beside, it’s especially interesting when you juxtapose it with the dynamic modern architecture of Pudong on the opposite side of the river.

Many of the most exclusive restaurants and hotels in Shanghai line this picturesque promenade, and tourists from around the world come to stroll its length to admire the beautiful buildings and bask in the glory days of British Imperialism.

Where the Bund is all flash and style, the French Concession is an area of laid back charm. Shady laneways and sun dappled boulevards are the highlight of this dining and night-life district, an especially popular haunt for local expats.

More than just food and drink, the French Concession is also highlighted by its European architecture and its beautiful gardens. 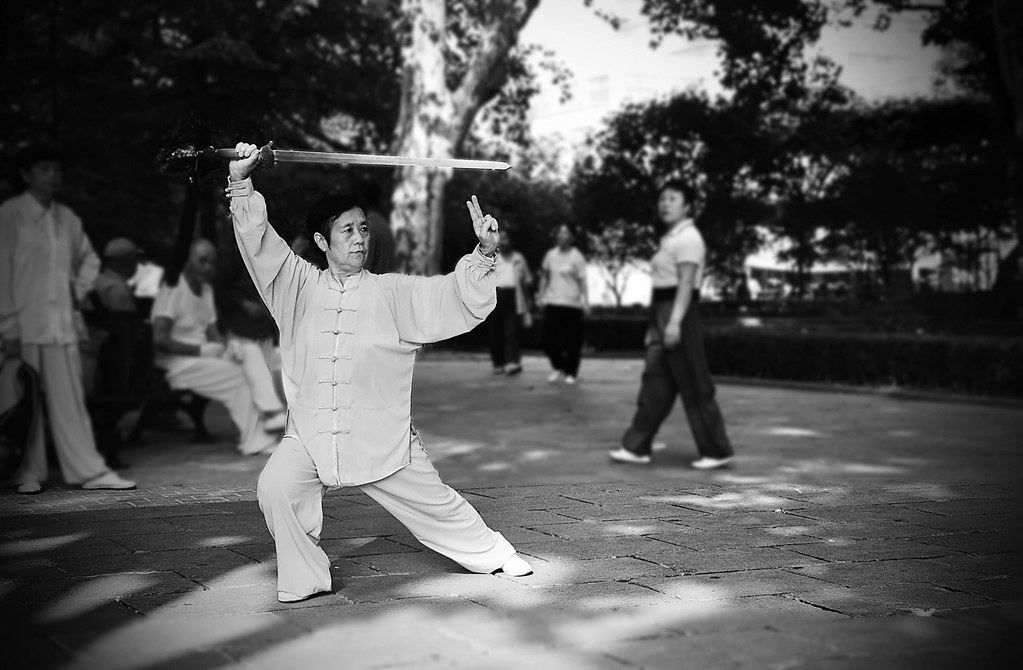 Chinese art extends beyond the classic ideals, and it is in this converted industrial estate that you’ll see modern China expressing its voice in beautiful and occasionally weird ways.

A collection of galleries and creative spaces, M50 has everything from painting to sculpture to breathtaking video installations.

While Shanghai is most recognizable for its skyline and urban sprawl, it wouldn’t be a Chinese city without extensive manicured parkland.

Located within the French Concession, Fuxing Park embraces the styles of both China and Europe to create something unlike the parks you’ll find in cities such as Beijing and Nanjing.

Its gardens and sculptures may be impressive, but it is people watching that makes Fuxing such a memorable visit – with the older generation using the park as a place to dance, sing, and socialize.

The People’s Park, not far from the shopping district on Nanjing Road, is another option for those wanting a glimpse into Chinese culture. This park is especially famous for its Marriage Market, where disappointed parents try to find spouses for their unwed children.

Shanghai’s most recognizable building, the futuristic Pearl TV Tower is one of China’s most photographed skyscrapers.

Visitors can ascend to various observation decks for a bird’s eye view of the city, while bars, restaurants, and the Shanghai Municipal History Museum are also present within this sci-fi structure. 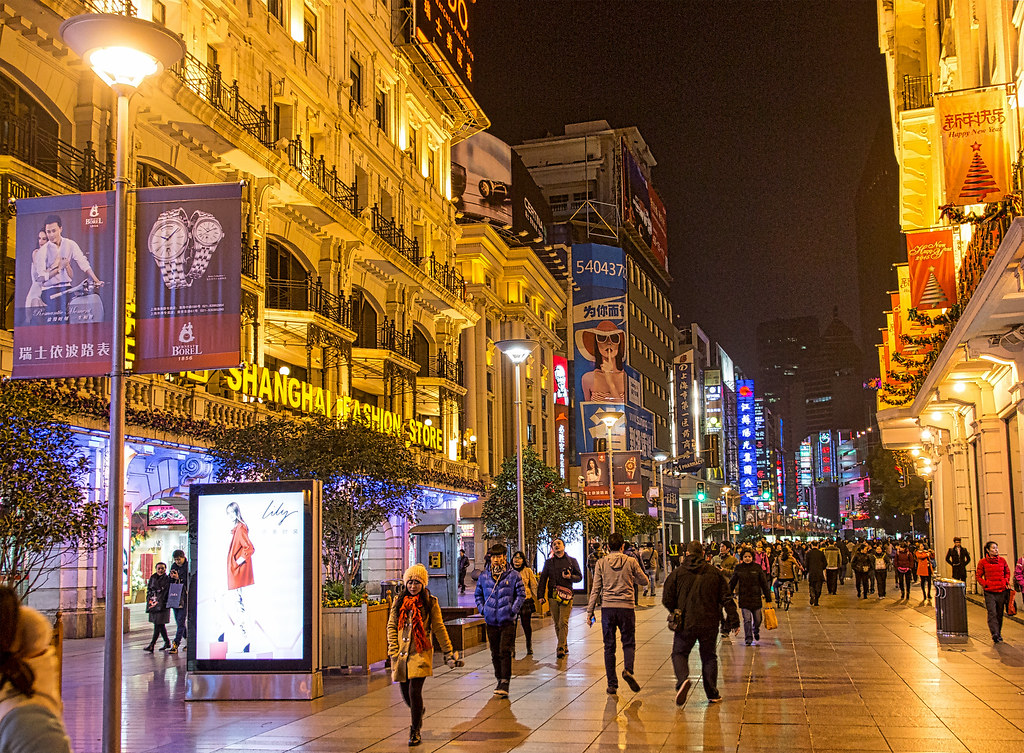 If you’re a shopper, Nanjing Road is a must-see. Originally part of the British Concession and later the International Settlement, Nanjing Road is today synonymous with dynamic, capitalist China.

Hundreds of restaurants, bars, boutiques, chain stores, hotels, and stalls line this lengthy street, which is busy year round with the sounds and sights of trade.

The notorious ‘Fake Markets’ are also located along Nanjing Road, and are a popular stop for foreigners looking to get a Lewis Vutton (misspelling intentional) handbag.

I’ve barely scratched the surface here. Shanghai may not have the history of Beijing or Xi’an, but it makes up for it with its fascinating melting pot of cultures and ideologies.

As popular with locals (and local expats) as it is with tourists, Shanghai offers something for everybody.

●Runaway Juno Media is launching #cityAdventures campaign with Marriott International! We’re going to explore 12 iconic cities around the world with 12 different themed articles. This is the first post of the campaign: Shanghai, China.
●This awesome Shanghai piece was written by Chris Walker-Bush of Aussie on the Road