Some of ‘famous’ photography of Asia, you can see massive group of tai chi fairly often. Nothing like this in any other continent. Tai chi, or Taiji is a Chinese philosophy. Many Chinese are doing this for meditation and exercising.

This is one of the image I thought I would like to see in Taiwan. It was just an idea in the sky. Then I meet Will, a guy from Canada who is very into Tai chi. He is actually doing this for a long time, over few years and he has a teacher for it and everything. So we talk quite many things about Tai chi, I was quite amused by blond, tall, western boy who is practicing Chinese philosophy.

Well anyhow, we were talking, and Simo, my friend I met at Taipei, heard people of Taipei are doing Tai chi at Chiang Kai-Shek Memorial Hall.

We wanted to see that. Around sunrise, that should be beautiful. You know the perfect image, slightly red and blue sky, and hundreds of people doing the same thing…. Just gorgeous!

The problem is that we were up very late. It was my first night there, we had some beer, and some how we all end up watching Harry potter movie. 😀 But we managed it. Woke up at 5:30 am, headed to the park. Chiang Kai-Shek memorial hall is just few blocks away from our hostel. It was quiet and fresh morning. One thing, it was slightly raining. But not that bad.

This park, which I’ve never been, was huge. One large flat ground and huge pagoda shaped buildings. We couldn’t wait to see the massive tai-chi. 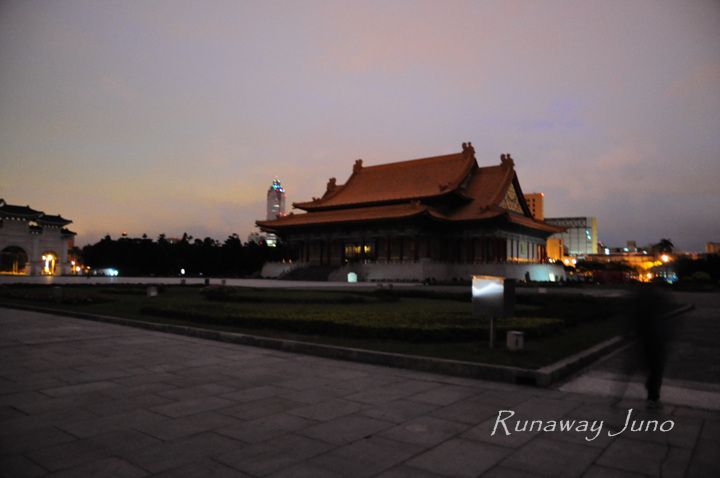 All good. Fresh morning air, sun is slowly rising. But? No sign of tai chi. We asked around to locals went out walk, amazing by the way -this early morning! But sadly none of them speaks English. Only Chinese we could say was ‘happy new year’ and that wasn’t helpful at all.

So we hung out a bit hoping everyone to show up. But that never happened. Sun was up, rise and shine, still no sign of people. We saw about 5 people doing something like tai chi up on the stairs though. Will was not with us so we wouldn’t know. 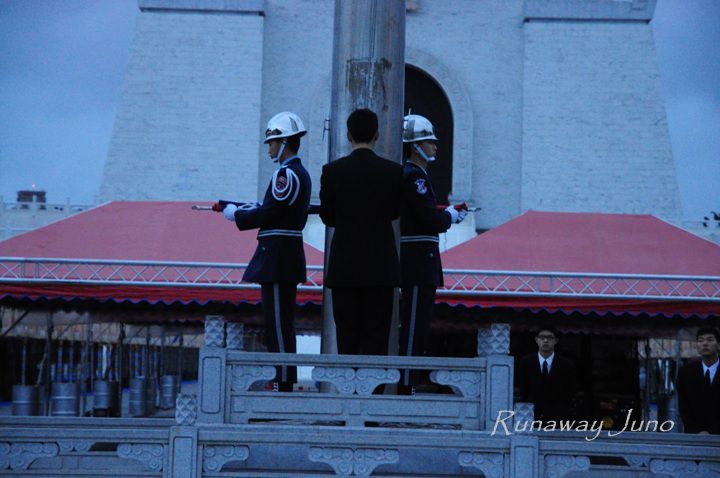 Then out of no where, one guy in a suit and another guy in an army uniform showed up. Suit guy had a boom box, yes that’s right, a boom box, and the army man brought some kind of scroll. Just like the one in a fantasy movie. Even of there’s no one to watch, well besides of three of us, they were so strict.

Music was playing from the boom box, something like military march. They stepped up to flagpole we didn’t see before. I’m guessing, that might be a flag hoisting ceremony. Since the scroll was a huge flag of Taiwan, and the music might be the national anthem.

It was a nice surprise. When do I get a chance to watch Taiwanese flag ceremony?

But I’m sorry, I know we were not respectful but the army man was funny!! His uniform didn’t fit, so the trousers and jackets all flipped, and he looked so young. The situation that we were there in six in the morning, middle of nowhere, wrong size of uniform, and the boom box, all so funny to me. The the song was all cracked from the tape-I guess. It didn’t sound so good. We laughed a bit.. sorry. We were the rude foreigners. I apologize. 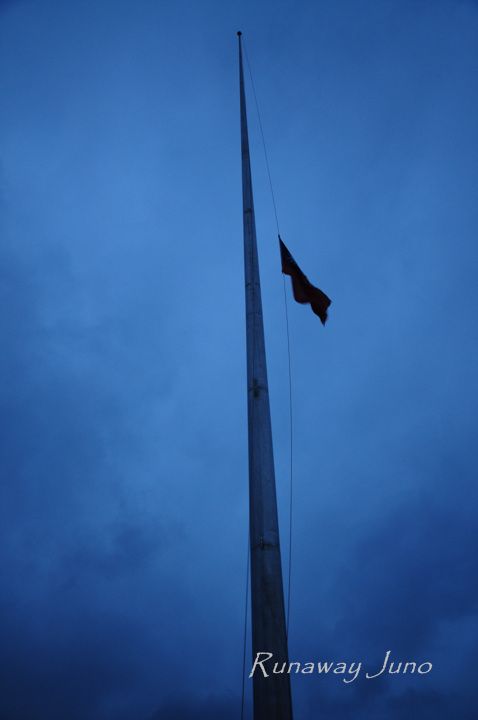 We watched the flag ceremony and left. I don’t know we weren’t suppose to watch it so closely but we did. Took some photos too. That was quite nice. They knew what they were doing, and this pole was unbelievably high one. Looks great.

Even when things don’t turn out the way it was suppose to be, don’t feel bad. There’s a better thing is waiting for you at the end of the road. That’s what I wanted to say. I got to have a chance to take this beautiful photo of Chiang Kai-Shek Memorial Hall. See? The flag was like a cherry on top.  😀 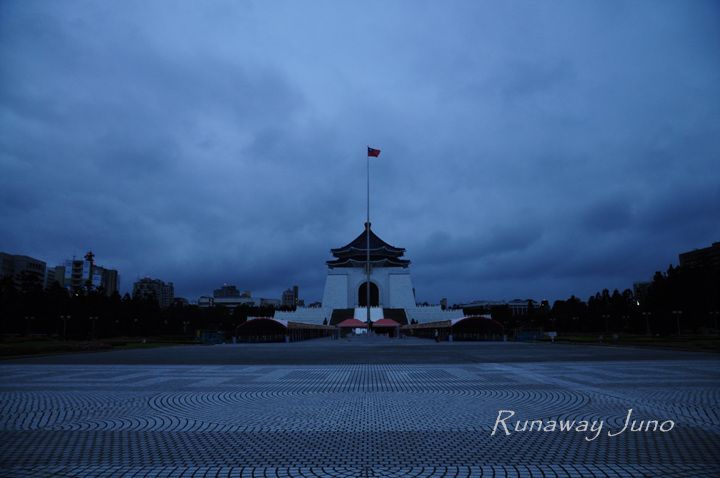 10 thoughts on “Tai-chi, Taiwanese Flag Ceremony and the Boom Box”