There’s no better place to experience the life of the 16th-century Joseon Dynasty than the UNESCO recognized Hahoe Folk Village. An hour away from the city of Andong, the Nakdong River flows around Hahoe Folk Village. The name Hahoe indicates the unique characteristics of this village, which translates to ‘the village enveloped by water’.

Hahoe Folk Village has been home to the Ryu family of Pungsan since the 16th century during the Joseon Dynasty. It’s been a one-clan community since that time. This is the birthplace of the noted Confucian scholar and the Chief State Councillor of Joseon, Ryu Seongryong. He was educated in Dosan Seowon by the most important Confucian scholar of Korea, Toegye Yi Hwang. His books are some of the most important historical records, such as the Jingbirok (Book of Corrections), the 132nd of the National Treasures of Korea, that describes the first-hand account of the Japanese invasion, the Imjin War. He was enshrined in the Byeongsan Seowon in the village. 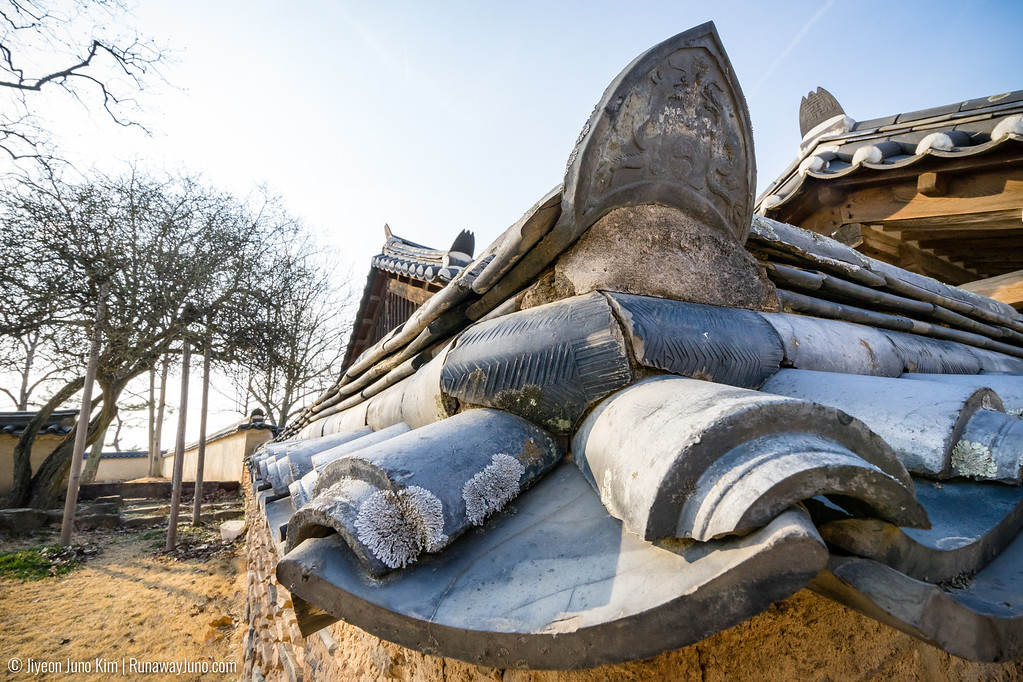 The well-preserved architecture is also what makes the village valuable. Many original structures are intact, unlike many cities in Korea that lost their traditions by rapid modernization. Aristocratic tile-roofed houses and thatched-roof caretakers’ homes and storage houses preserve the architectural style of the Joseon Dynasty. The Confucian school, Byeongsan Seowon is a good example. The village also maintains world-renowned folk arts such as Hahoe Mask Dance and the shamanistic rite of Byeolsingut. The villagers have been proudly taking care of the traditions and buildings since the 16th century.

This outstanding village got more famous after the visit of Queen Elizabeth II in 1999.

The village is small enough to see everything in a couple of hours, but I highly recommend to stay overnight. This is a great place to come to witness life in the 16th century but I also appreciated the tranquil life in the village. Don’t get me wrong; it gets busy and hectic during the day especially when several tour buses arrive at the same time. But after everyone’s gone, you can hear nothing but birds chirping and wind blowing. Seeing the sun rising over the hill behind the village and shining over the tiled roofs of the village is an enchanting experience.

How to get there

The city bus no. 46 goes directly to Hahoe Folk Village. The transit card from Seoul is good countrywide, which you can use for city buses in Andong. The bus only goes once every hour from 06:20 – 19:10. The bus to Andong leaves every hour from 07:15 to 19:10. 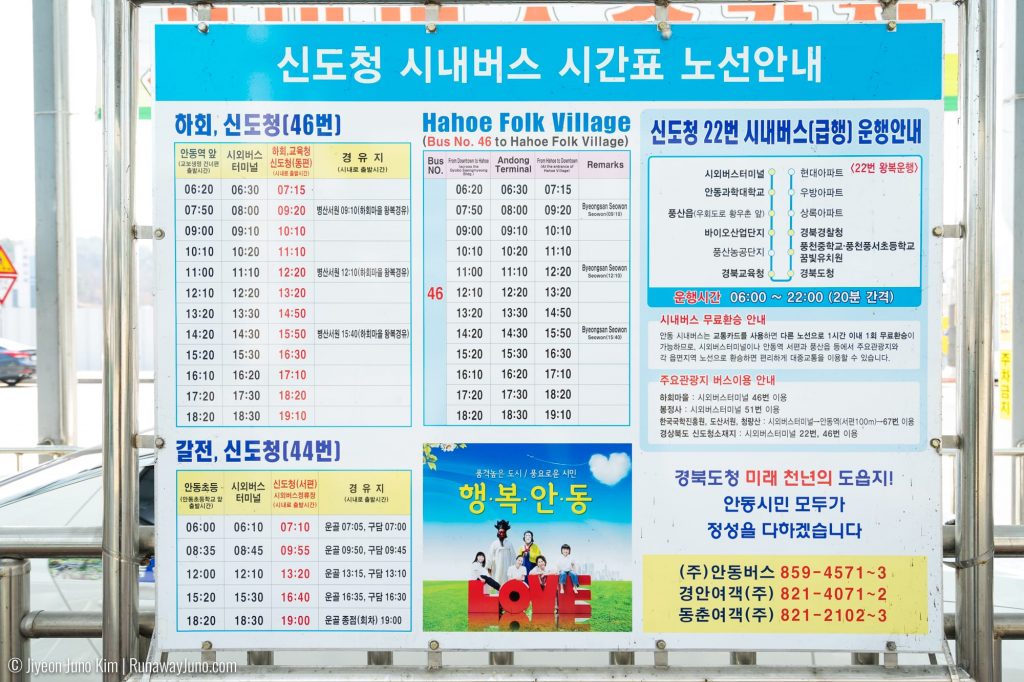 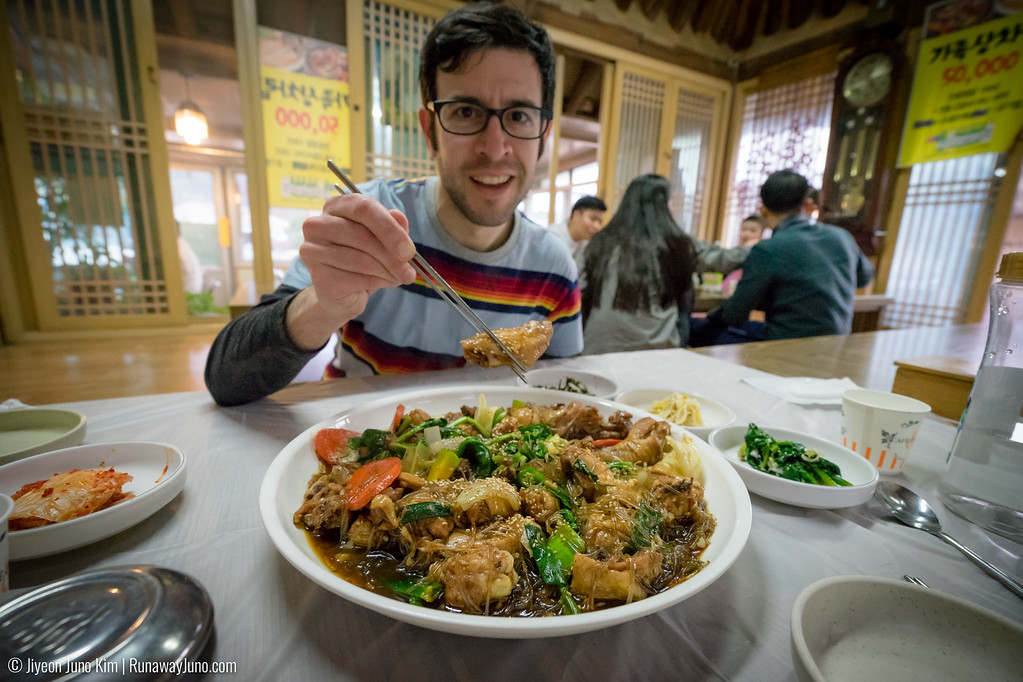 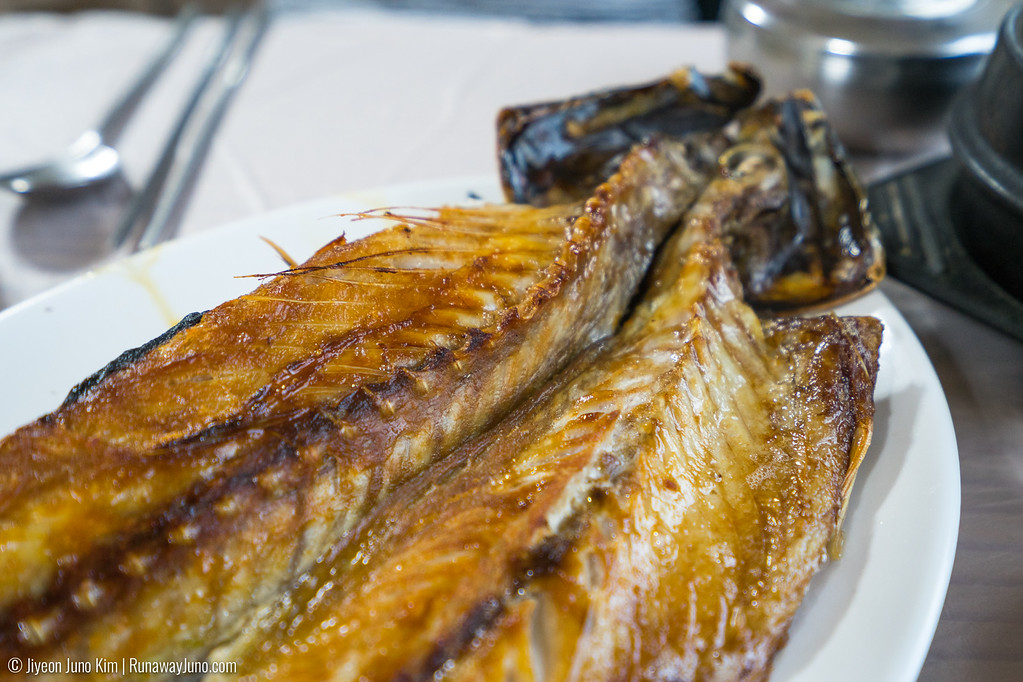 There are no restaurants inside of the village. You will have to get out to the marketplace by the ticket booth, about 1 km away. In Andong, there are two dishes you have to try: Andong jjimdak (chicken cooked in thick sauce) and godengeo (salted and pan-fried mackerel). 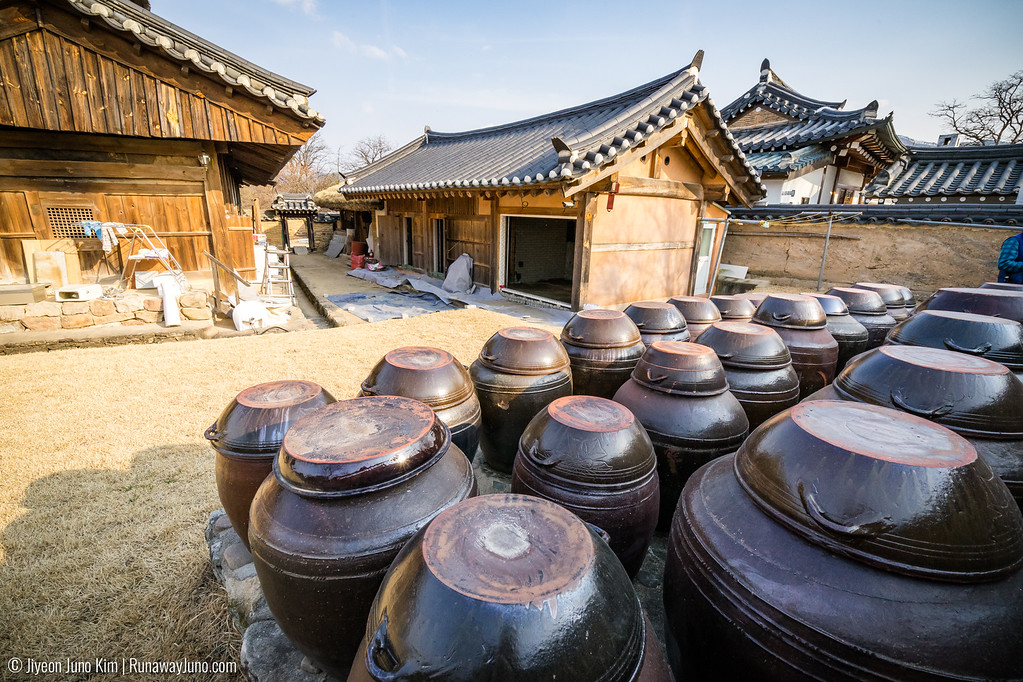 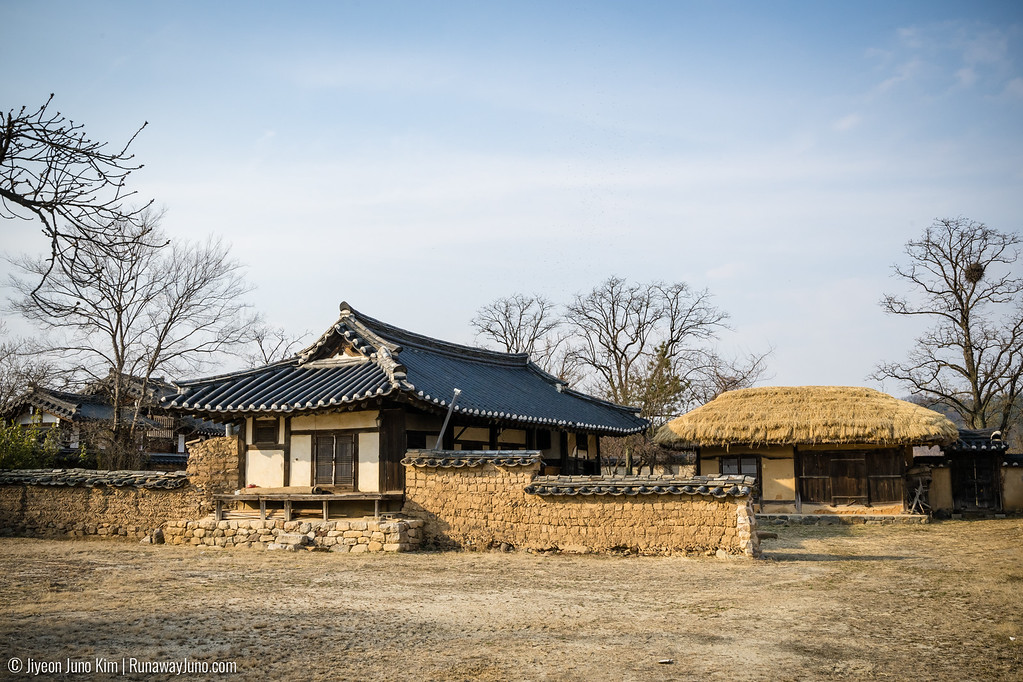 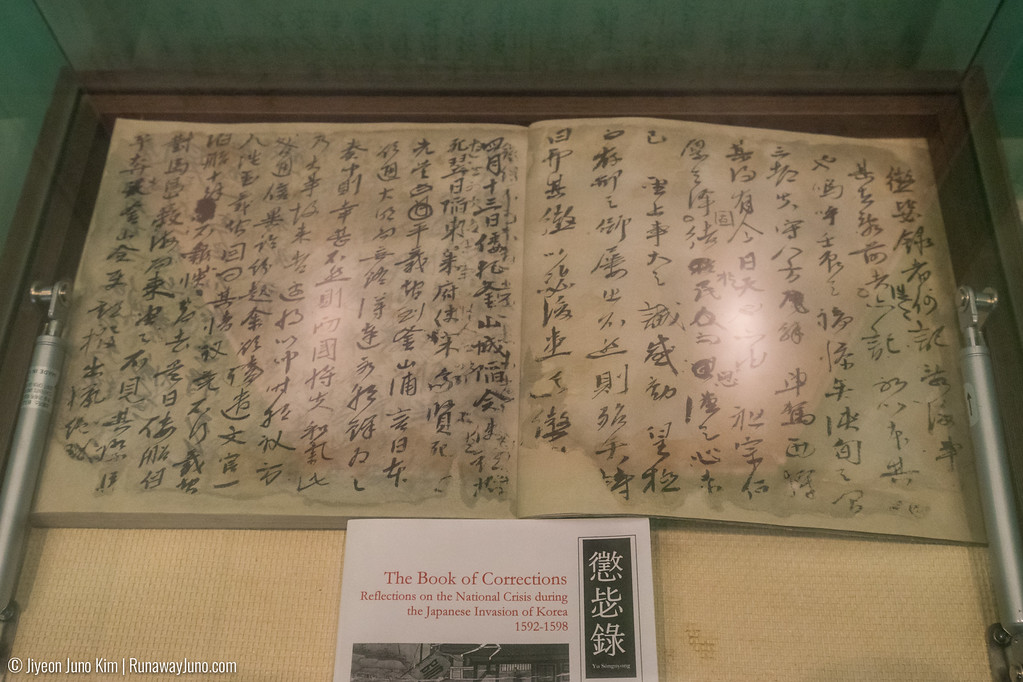 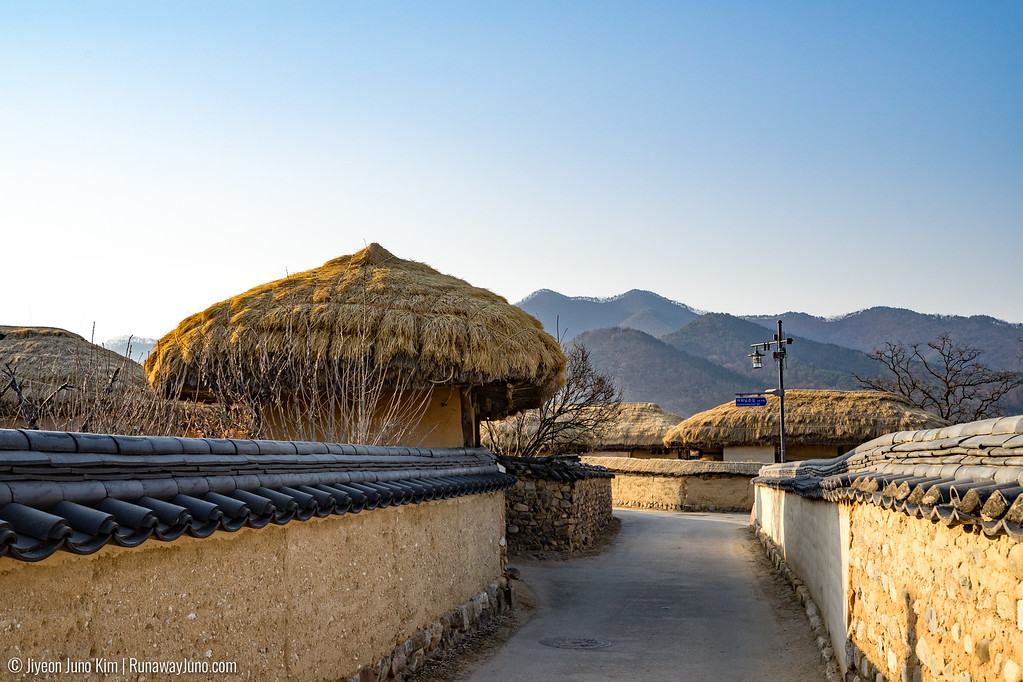 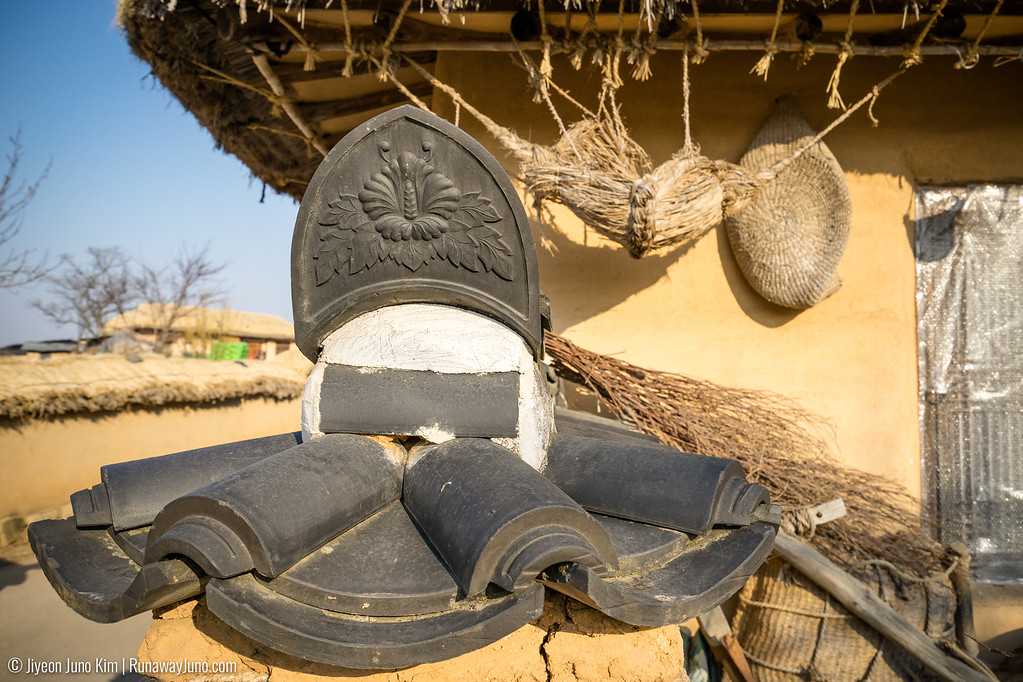 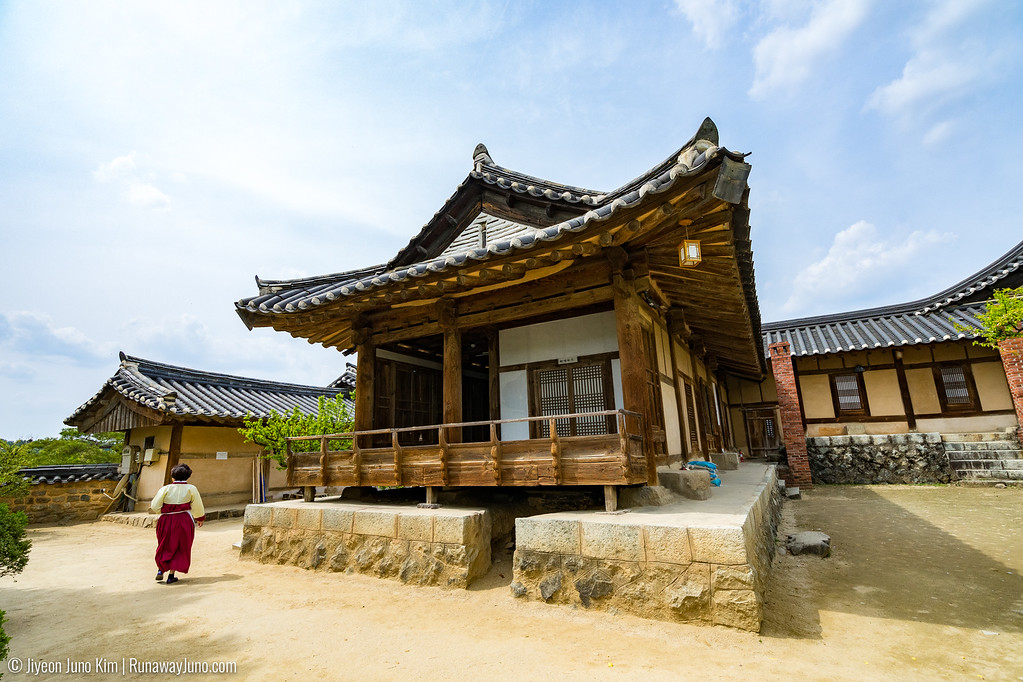 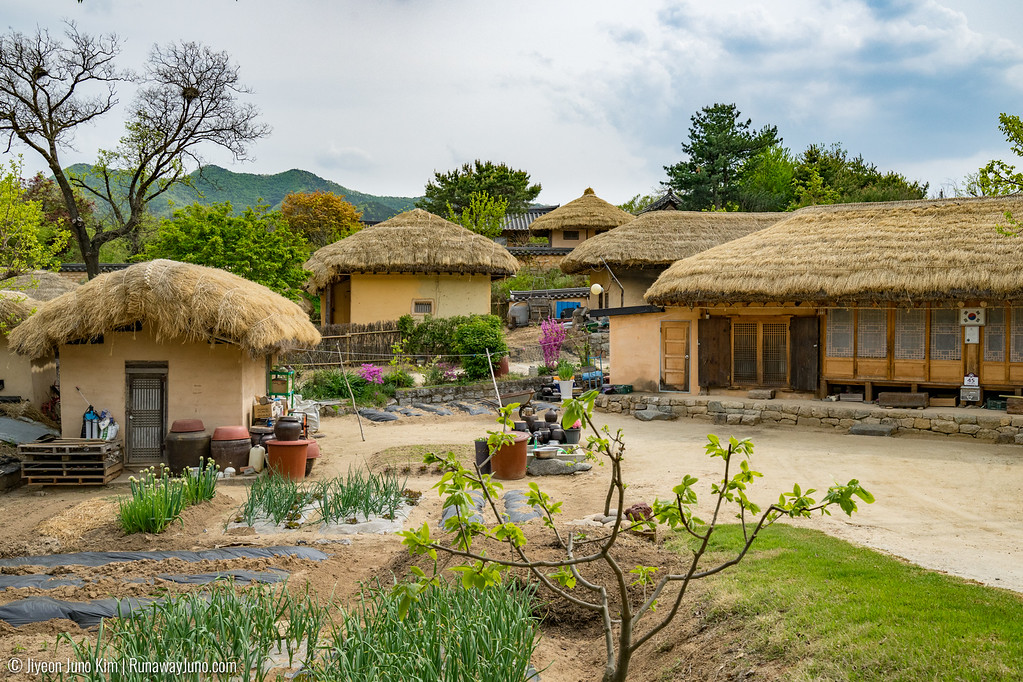