Today is Dongji 동지. The logest night of the year.

I should explain some background for this. Okay, the traditional East Asian calendars divide a year into 24 solar terms. And Dongji is 22nd solar term of the year. And this is day for the logest night of the year, and celebrate successful harvesting. It means, the days start becoming longer than nights. Families are gathering together eating Pakjuk and enjoy the longest night.

We have certain food for certain time. Just like turkey for Thanksgiving, eggnog for Christmas, or birthday cake for birthday ;). 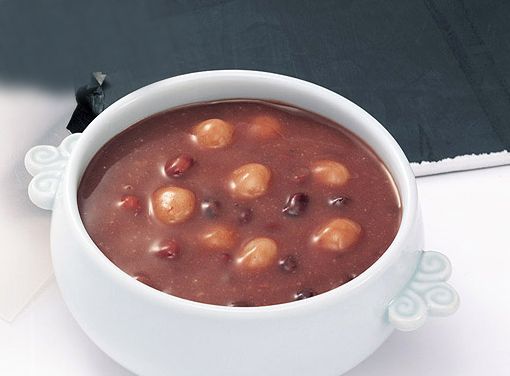 Patjuk is for Dongji in Korea. And I’ve heard it’s same in Japan, China and Malaysia! (cc. @alilfatmonkey )

Pat (팥) is red bean, and juk(죽) is known as porridge. So Patjuk is basically red bean soup. Then why we eat Patjuk for Dongji? Because in old Korean tradition, patjuk is believed to have a mysterious power to drive evil spirits away. According to Korean traditional folk beliefs, the color red is a symbolic color of positive energy which can defeat negative energy. Cooking and eating patjuk is a ritual to prevent bad luck, epidemic disease, and comes from evil spirits.

Maybe because of Dongji is the day of the longest night, so it might be a good idea to defeat evil spirits. I love this kind of traditions we have. It’s so real and surreal at the same time.

I don’t like Red bean very much, but I liked Patjuk because of sae-al in the Patjuk. Sae al is a ball of sticky rice cake. The name is after ‘bird’s egg’, literally. How cute is that? 🙂 Because sae-al is little, white, round rice cake. Put same number of Sae-al as your age is a tradition. 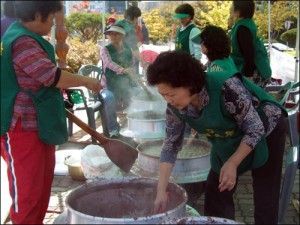 There are many different ways of making Patjuk by region. Just red beans, put rice in the Patjuk, with noodles, put sae-al just like my favourite and sometimes they put all those together. My mother usualy cook with rice. It’s her family tradition. Eat it with sugar is pretty popular as well. Red bean goes well with brown sugar!

Do you want to eat hot bowl of red bean porridge while chasing evil spirit away? Make your own and celebrate Dongji! 🙂  Happy the longest night of the year!!

6 thoughts on “Eat Patjuk and Drive Evils Away!”