Visiting Places Where There is Nothing to See 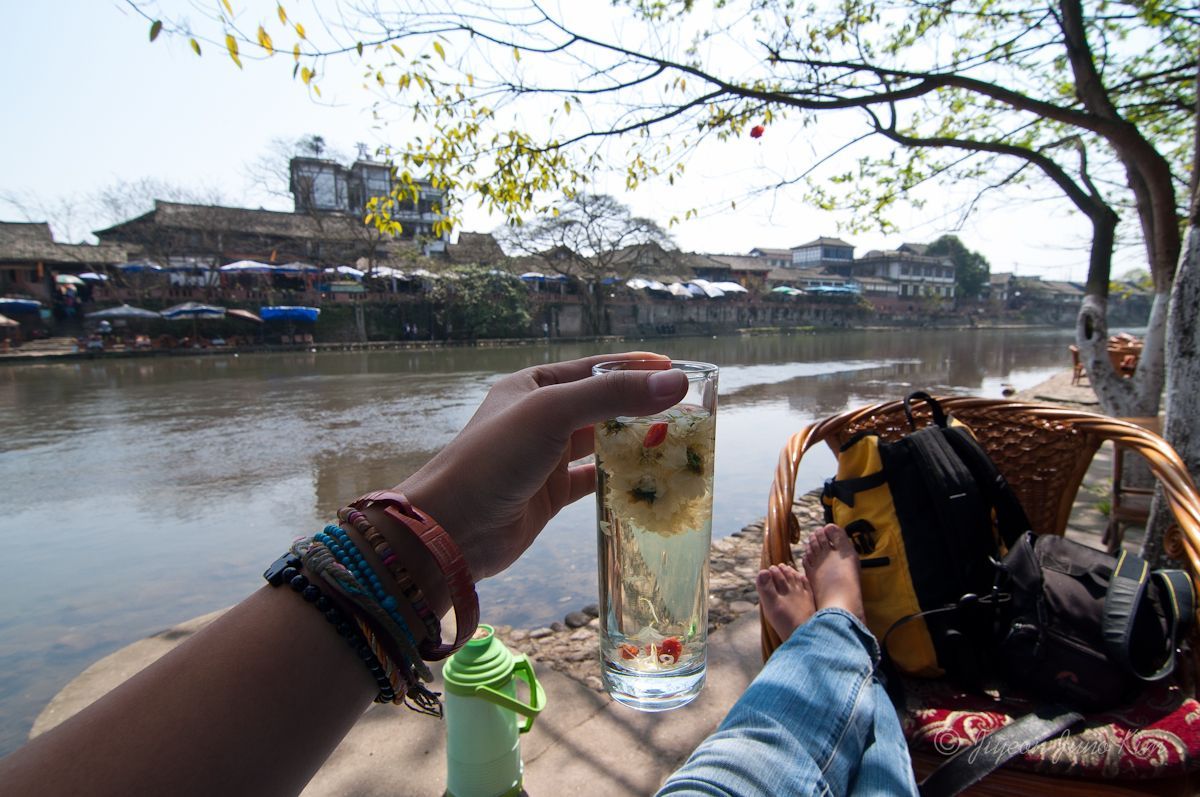 As a part of Tea-horse Ancient Road, Pingle ancient town (平乐古镇) was an important town on the ancient South Sichuan Road and South Silk Road since more than 2000 years ago. This peaceful riverside town is a popular destination to Chinese artists and painters. Beautiful scenery that made by old bridges above the river, dancing willow trees and bamboo sea, people playing majang and families on holidays… Pingle ancient town is a popular weekend getaway place for the locals.

Teahouse, that was what got us to Pingle. This ancient town has one of the finest teahouses in the entire China (teahouses are centered in Sichuan area) for its riverside view and laid back atmosphere. We tried to visit some of the best teahouses in the area that were listed on  Lonely Planet China Guide

. We tried more than a half of them, and Pingle was quite a success. I enjoyed the peaceful time drinking the flower tea I accidentally ordered instead of green tea, whilst looking at the water flowing and willow tree dancing. It was a good place to see the world go by. It’s amazing how different the lifestyles are in the same country. Some are having the world’s longest working hours, but some are playing majang and drinking tea all day in the teahouses.

There are plenty of teahouses across the river, where you can also board bamboo boats or wander away from the water for a rural stroll in the untouristy surroundings. It’s a very popular destination to Chinese locals on the weekends, but you can easily avoid the crowd by walking along the river. There are also quite diverse eateries in town, don’t forget to try the local specialty, pumpkin bread and corn bread.

Pingle is 65km away from Chengdu city, and easily reachable by the daily buses from Chengdu.

There are a lot of teahouses in Pingle ancient town

Playing majang at the teahouse

Teahouses in the riverside of Pingle ancient town