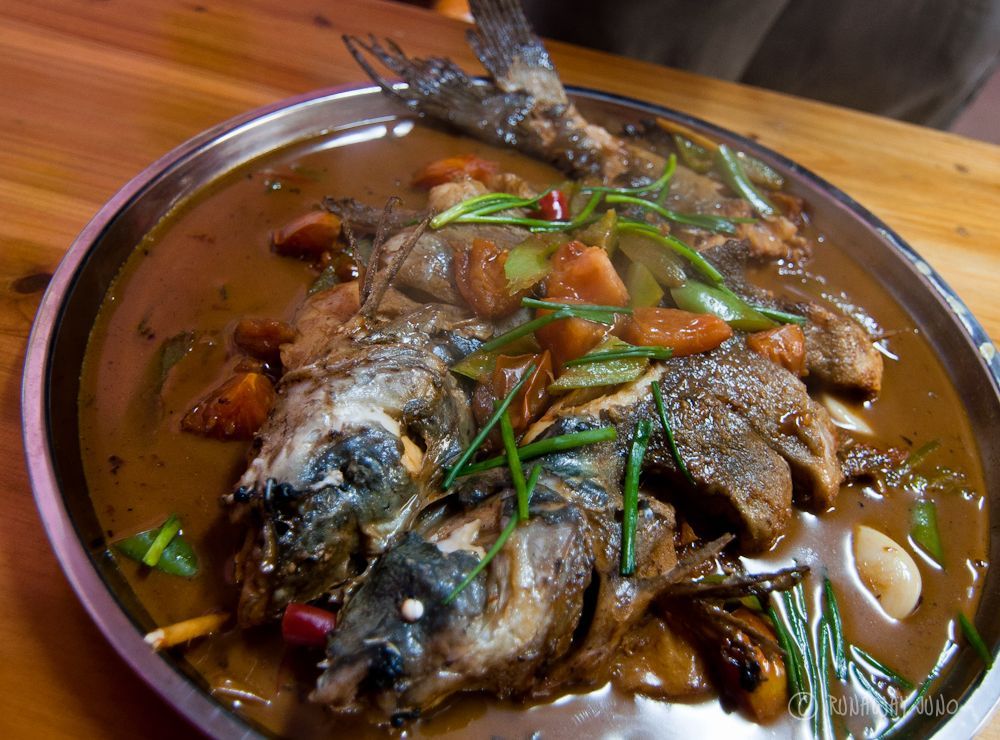 While we were having a hard time in Yangshuo, it was even hard to find a place to eat. All the restaurants in town seem like aiming for the big tourist groups, and they didn’t look like having ‘local cuisine’ as they clammed to. Well, it got better eventually. It was just a matter of know where to go and what to eat.

Over the second last dinner in Yangshuo, we decided to have ‘Beer Fish’ the next day. Beer Fish is Yangshuo’s cuisine that cooked with fresh Li River fish and Liquian (local) beer. And no doubt, the most popular dish here. We were at a new claypot restaurant, and like meant to be, we met Harry. Harry was the first English speaking Chinese people we met. He said he knows what Westerners like, because he worked at an Australian restaurant in Shenzhen for 7 years. And he said he doesn’t use MSG, and we were extremely happy to hear that. We asked if he knows any good place to eat beer fish and what do you know? It was on he’s menu. He agreed to film the cooking process, and we promised to come back with our cameras, and we did.

Stephen and I observed the whole process of cooking beerfish and filmed it. Thanks to Harry for letting us follow you around. Good luck with your new business!

Now, let’s watch the video, and learn how to.