A Digital Nomad’s Guide for Budapest

Looking for a temporary home in Europe?

When Stephen and I were searching for a good temporary home in Europe, there were a lot of great candidates. From small towns to big cities, we were considering many options. For the first half of our time, we reached a conclusion: Budapest, Hungary.

We usually prefer heading to somewhere smaller and more off the beaten path, but for temporary living, a big city seemed like a good option. Why Budapest? First, I’ve never been to Hungary (a new country, yay!). Second, a lot of my traveling friends, especially digital nomads, have told me Budapest was their favorite city. I wanted to find out why. Third, I’m always up for a new adventure! So we booked an apartment and flight tickets to our new temporary home, Budapest.

We haven’t rented a short-term apartment online (we always went through local channels) since we planned a family trip to Iceland a few years back. But we went back on AirBnB to find a good home for us. With a little bit of research, we found more than enough options. The long-term apartment rental culture was quite established in Budapest already. One bedroom apartments in a convenient neighborhood were ranging between 22-30 USD per night. My focus was a good kitchen, comfortable bed, and of course a reliable internet connection.

While in Budapest, we stayed at two different apartments, the first home for ten days and a different one for the next two weeks. We grew very fond of our temporary homes. I loved falling back into a routine and cooking dinner every day. We even cooked a full Thanksgiving meal!

Tip: If you’re renting for more than a week, send a private message to the host asking for a bigger discount. We received a discounted price (in addition to the original discount for a week or more) both times.
Get a $35 discount on your travel: use the coupon link: www.airbnb.com/c/junok29

If you search “coffee shop in Budapest”, you’ll see the list goes on and on. From artisan coffee roasters to international chains, there’s something for everyone. It’s especially important for digital nomads who need temporary workplaces. Working from home is great but we all know the discipline is more difficult than the work itself sometimes. We tested out a number of coffee shops and it seems to be there are new ones opening every week or so. It’s a positive change for those who work online.

Up and coming restaurants

As a city popular with tourists, there are still many restaurants that serve “Tourist Menu”. I’m sure the foods there are okay but let’s explore more exciting options. Budapest is buzzing with old and new restaurants. I love cooking at home, but eating out is one of the best ways to experience the foreign culture! We regularly dropped by to eat hummus and falafel at many (I mean, many!) hummus bars. Sometimes we walked home with a cup of soup from the food truck park Karavan. Date night was memorable with Castro Bistro’s Serbian meat platter and Hungarian beer. We searched for the best burger in the city by visiting many (I mean, many!) burger bars like Black Cab Burger, Zing Burger, and Ep!c Burger. And of course, we enjoyed many great Hungarian dishes at local diners like Kadar Diner and Frici Papa’s. Surprisingly, there were even two gluten free bakeries.

As a traveler living in a foreign city, having a good public transportation is essential. From tram lines to metro to bus, Budapest has it all. In the city, the complex network of trams and metro lines can take you anywhere. The Budapest City Card covers all transportation up to 72 hours. There is also a day, weekly, and monthly passes available for a long-term stay. There is a huge discount for students, children, and pensioners. Check out the pass options at BKK website .

Budapest is also a good location to travel by train from neighboring European countries.

I’m not talking about shopping for souvenirs, but for necessity.

When staying somewhere long-term, you most likely won’t be properly dressed for all seasons. I was traveling from Korea to Singapore to England, so I was traveling with small bits of three different seasons. But definitely, I wasn’t ready for the winter in Central Europe. Rather than hitting up a department store, I enjoyed the second-hand shops. In Budapest, there are many second-hand stores with all different styles. I found a good quality wool sweater I was searching for at a very good price. Arctic sheep wool jacket for just $12! For more outdoor clothing, there are many Decathlon stores (and some new branches as well) with great prices.

We were not too far from the Central Market and a smaller market Rákóczi Téri Vásárcsarnok. We frequently shopped there for vegetables, fruits, and meat. We even got all the ingredients we needed for our Thanksgiving meal including a turkey leg. I found the supermarkets in the city area weren’t that great. There were many supermarkets (Tesco, Aldi, Spar) but none of them were big enough. We occasionally ran to a bigger shop a bit outside of the city. 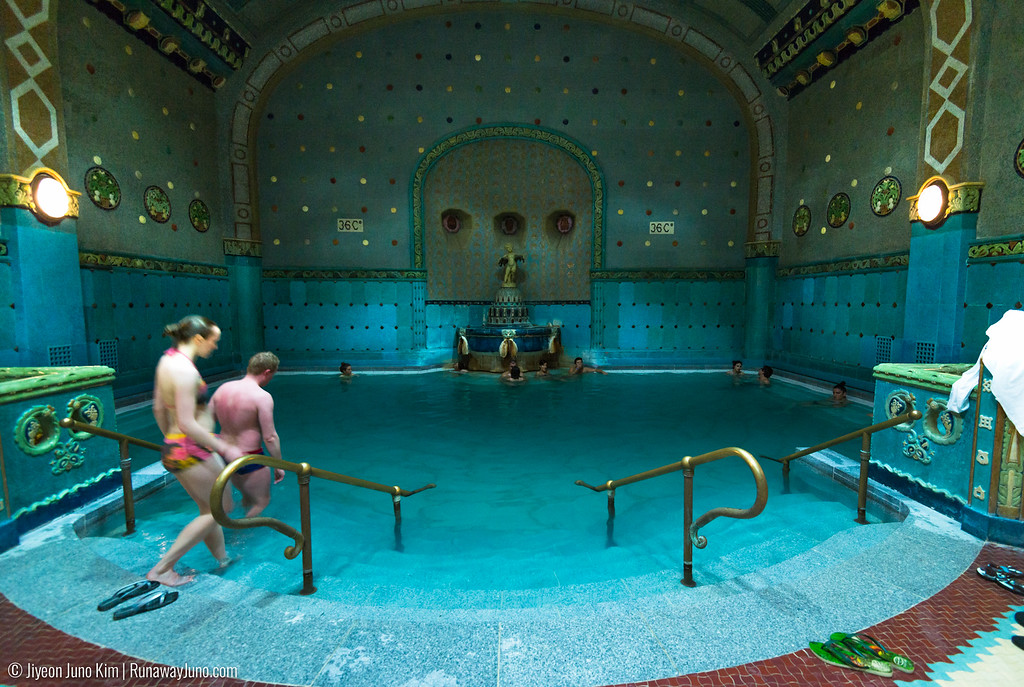 After a hard week of work, head down to one of many thermal baths to relax. As I grew up going to public bathhouses, it was very comforting to have these facilities nearby. The bathing culture goes back to the first century when Romans used more than 15 baths. The baths were visited by King Matthias and the bath culture flourished during the Ottoman period. Budapest claims to be the capital of the world having the most healing and thermal springs, officially carrying the title Spa City for more than 80 years. Wouldn’t you want to work and live in a spa city?

Soak Up Budapest! A Guide to Budapest’s Thermal Baths 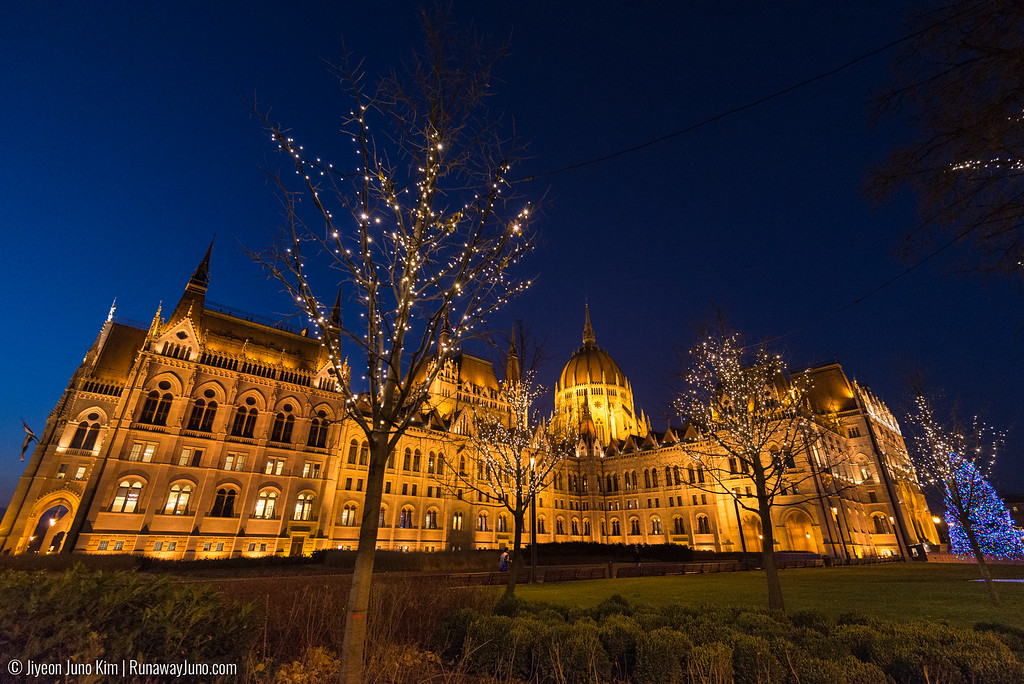 Danube River… the city is pretty

Budapest was two separate cities: Buda and Pest. Divided by the Danube River, these two cities became one in 1873. The Royal Palace on the Buda side, Parliament building on Pest side, and bridges over the river, the city is looking pretty night and day. I’ve always wanted to live in a beautiful place, and Budapest is certainly one of them.