Why Aliens vs Predator is perfect for a beginner. 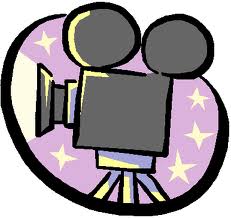 Remember Alien? Giant head inside of the head, weird looking and Sigourney Weaver kill them all. It was one

of the holiday movie marathon routine with Terminator at one TV channel. I am not old enough to remember all the details of those movies but I don’t like grotesch things anyhow, so I can say I don’t relly care for it.

When I was exploring exotic world for the first time, the movie called Aliens vs Predator came out. Who the heck is Predator? I normally never choose to watch at the movie theatre, but I did, oh yes.

It was a movie night at Diana’s place, all the grown ups went to movie theatre and they asked me to join. Their choice of the night was Alien vs Predator. I have no idea what Predator was but it was intriguing because that would be my first movie watching in foreign country, and without subtitle!

Fun fact 1. There’s no designated seat number. How interesting? I’ve never thought of such thing. When I go a movie theatre, sometimes I choose where I want to seat, or they just give me randomly but never without number. The night we went to was quite free but I wonder when really popular movie comes out, like Harry Potter movie. Everyone would wants to seat middle or whatever? Or theatre is never full? Curiouser and curiouser..

We brought our own movie snack and seat the last row or theatre. Boom- my first English movie without subtitle. I wonder how would I feel about that afterward.

Fun fact 2. You know what? You don’t need to listen that much carefully when you watch two creatures not from the earth fighting. Because they don’t know hot to speak! If I was watching something more complicated such as.. Good will hunting? Then I was in trouble cause I couldn’t follow. Well, just watching them fighting, that was enough to follow the flow.

Oh but one line stick with me still, it was something like You have to be friend with enemy, or enemy of friend is enemy? something like that. Oh well, I don’t remember apparently. It is a foreign language! 🙂

There was people who speak English in the movie, and a lot of screaming and roaring.

And the verdict? It was refreshing feeling. I could say, feels like see something with non-prescription eye glasses. I still can see but not focused.. you know what I mean? And the good thing was that there wasn’t that many conversations. After all, it’s about Aliens. So I got it off easy. 🙂

The whole new movie theatre experience was very amusing. It’s another learning. Just one little behavior, still taught me something. After all, it’s all about experiencing, right? No seating arranged movie theatre while eating New Zealand rollies. Even though I don’t remember the contents of the movie, but still, Aliens and Predators are special to me.

3 thoughts on “Why Aliens vs Predator is perfect for a beginner.”