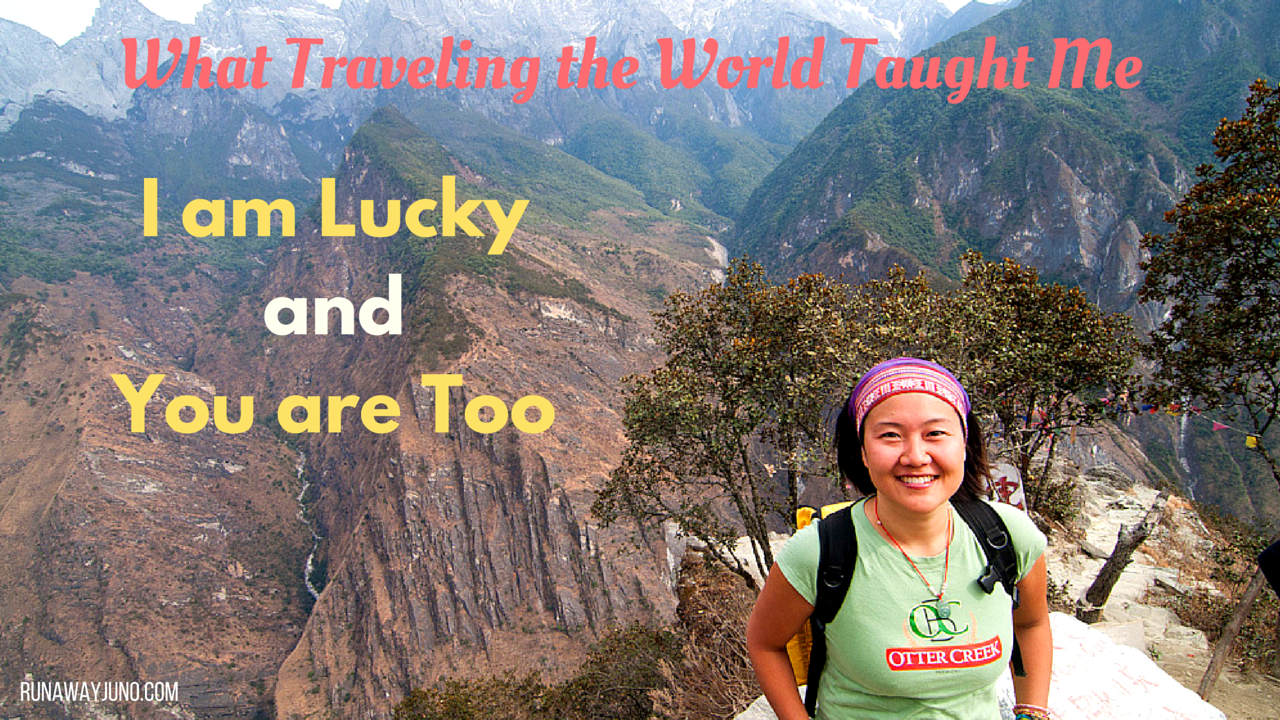 Traveling the world broaden my view of the world. And I realized, how luck I was.

To little Jiyeon, the four walls of my home was my entire world. As I grew up, my world got bigger to my neighborhood and school, and eventually to my city Seoul. Suddenly South Korea was extended to the meaning of the world. It was big enough, then. At least I thought it was. I slowly felt that the world wasn’t big enough, and I discovered the world of traveling. Quite literally, my world got a lot bigger ever since I got on that plane to New Zealand. Everything was different from where I grew up; the language, color of people’s skin, climate, food, attitude, landscape… It was a shocking discovery for a small town girl. Ever since I traveled the size of my world grew bit by bit.

When I walked four days to get to Machu Picchu

After traveling to more than 50 countries in the last five years, my world has filled with different races of people. It’s filled with world cuisines, many religions, friends and family around the world, and beautiful collective memories. While getting out there, meeting people, and hearing their stories, I couldn’t help but see one clear fact. I am lucky. In a lot of ways, I am a lucky person to do what I do. But more specifically, what I want to say here is that I grew up without experiencing big traumatic events.

I had a happy childhood. We didn’t have a lot of money but my parents tried everything to provide us with the great future they didn’t get to have. We went to great schools. We somehow respected their effort by getting good grades and didn’t cause too much trouble. It helped a lot that I grew up to be the biggest nerd in town. My parents suffered medical events but they are strong and healthy now. My brother is happily married with two kids and living the life he always wanted. I married a great guy who was brought up in a loving home and my in-laws are two of the most generous people I’ve ever met. My life wasn’t all unicorns and rainbows, however. There were many difficult moments in my life, but they were somewhat natural. When I think about it, my thirty-something life has been relatively normal.

When my world was playing with my brother

What I’m talking about for this article is a tragedy. We hear unthinkable events every day, especially now, more than ever. Car accidents happen every day. Bombings and shootings aren’t rare. Buildings collapse, bridges fall, airplanes crash, the weather is going wild, sometimes random objects fall from the sky. Countless tragedies happen every single day. During my travels, I saw and met quite a few people who were dealing with these kinds of tragedies. For last thirty-one years, I was never in a center of a news-worthy event. I know it’s more than just a luck. It’s the product of everyone around me, especially my family. I know they tried really hard to protect me and give me the best life I could have. There was a bit of luck that we didn’t experience serious tragedies.

Tragedies and people who went through them are everywhere. We meet them in person, see them on TV, and read them in books. Kelly Clarkson’s recent song “Piece by Piece”, which is extremely emotional, was inspired by her own story when her dad walked out of her family when she was six years old and scared her deeply. I was traveling in Peru with a Malaysian friend when she heard her dad suddenly passed away back home. Most of today’s Cambodians have a direct relation with Khmer Rouge. Even fictional superheroes aren’t the exception from tragedy. The Flash became a crime scene investigator and crime-fighting superhero because of his mother’s mysterious death when he was eleven years old. He couldn’t rest until his wrongly imprisoned dad was out of jail. Oliver Queen (of The Arrow) had to witness her mother being stabbed in the chest. Superman’s home planet exploded; can you imagine living on a foreign planet after the Earth is gone? 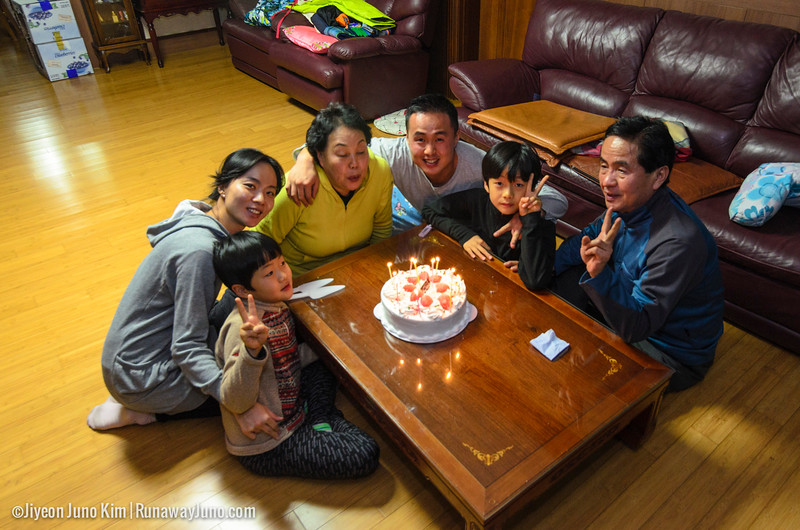 It was a collective effort that I could have a happy life. I’m a ‘glass-half-full’ kind of person and it’s because how I brought up. I was taught to be positive, strong, and have a strength to move on after a hard situation. I’m not saying that I’m lucky and you’re not. Sometime in the future, I might be in the center of a tragedy. But I’ve learned that that shouldn’t define what life really is. Like “Inside Out” taught us, life is beautiful because all the different emotions are mixed and balancing together. Joy cannot be the only thing in life we seek. Sometimes, allow ourselves to be sad makes us stronger and happier. The sun will come out tomorrow, as someone once said.

I wouldn’t have been able to see the beauty of it all if I didn’t leave my small world. Meeting people with all different backgrounds gave me an insight to really look back at my own life. It’s funny, isn’t it; to know better about myself, I had to go out learn more about other people. Life is funny that way. We are all lucky. Even if you are going through something extremely tough, it shall pass. Life is beautiful because there is always hope. Feeling unlucky? Try to look back at what you have, and you’ll find new appreciation.