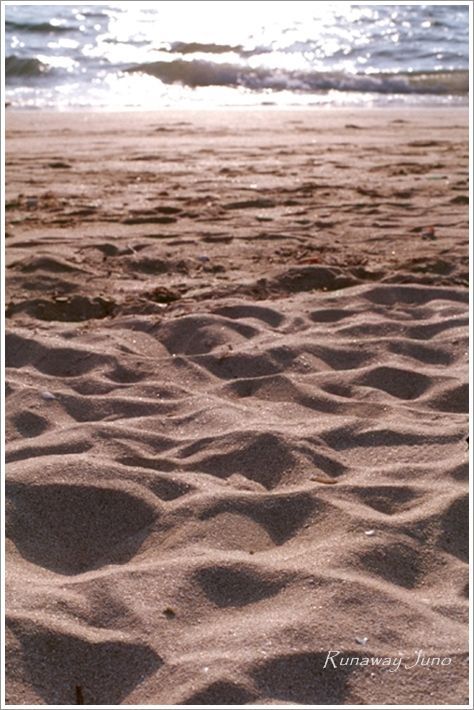 I love red eye transportation. My love of night rider started when I traveled to Busan. It’s 5 and a half an hour Ride by train, so it was quite perfect timing for catch a red eye. It leaves around mid night, so after a good night sleep, a busan breakfast is waiting for me in the other end.

Busan was my favorite getaway place in the country during my university. And I think a Buber part is because of the train.

Some would avoid the night ride because it’s impossible to see the scenery. But I beg to differ. Its maybe because I’m an astronomy buff, but I love quiet night time and the view. It is not nothing, it’s everything. The imagination, the other side, calm and peace.

Basically the train passed country side more than half Of the time. And I loved it.

One time, I went three days trip to busan without any accommodation. I spend the first night in the train, up all night at the beach the next day and sleep in the train on the way back. Brilliant, right? 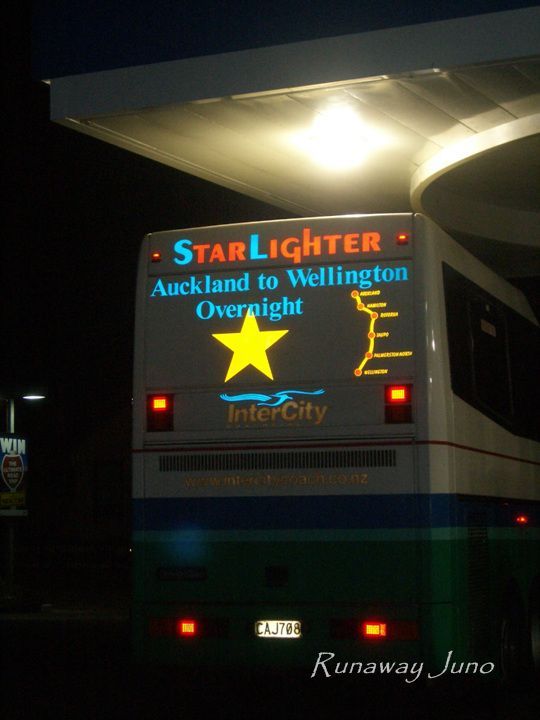 One of the best red eye bus ride is from Wellington to Auckland, New Zealand. I went through all around the south island and settled in Wellington for a while. Then my next destination is to Auckland. Which way to go… There was, train, bus and airplane. But I’ve set my mind to star light bus as soon as I saw the ad at i-site. Oh the power of advertising. 🙂 I’m such a red eye sucker!

Anyhow, it was supposed to be about 10 hours ride. … Wait, what? New Zealand is not that big, and it’s an express.. why 10 hours? It’s about Seoul to Busan, so 5 hours-give or take make sense. Turns out, this is one of million things I love about New Zealand, the so to speak ‘express highway’ is very curly because people tried not to damage nature as less as possible. How great is that? I just love New Zealand.

So I went on, start a journey with star bust bus.

The view was phenomenal. The road was very curvy indeed, and went through country sides with only few street lights. Then what kind of view I’m talking about, you may wonder. The sky!! Even inside of the bus, I could see those bright starts up on the sky. Woow.. I swear I saw milkyway on the way. My body was so tired like a soaked bean bag, but I gotta see that.

But I couldn’t stare the sky the whole time. I had to sleep too. Did I mention I have some special power? That is, the ability to sleep anywhere, anytime. I slept through the whole time with dozens of different position. It was just two seats in the small bus, so not very comfortable but I managed that somehow.

Arrival, around 7 am. All over by bones were screaming ‘I hate you’ but I felt kind of proud to be on the bus. Achievement, i guess? And it was fun too! Late night snack hunting at gas station is always amusing. 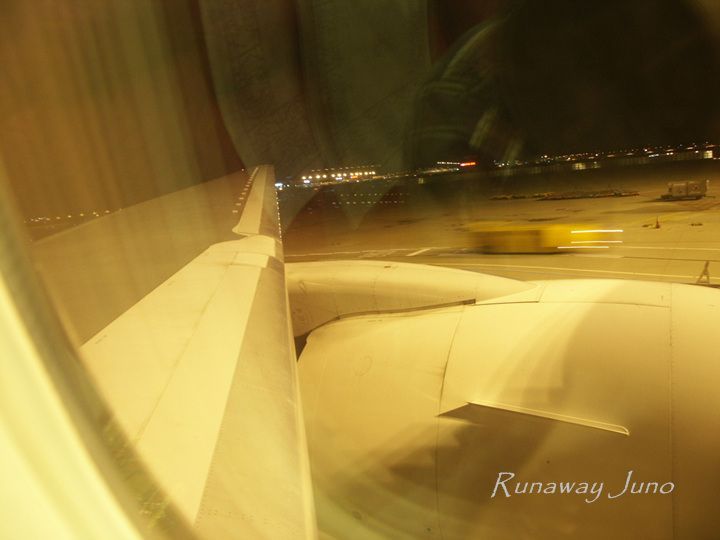 My first overseas plane ride was red eye. What a destiny! I was kind of terrified the fact that my first overseas flight is going to be 12 non-stop hours. Well, it was something! First plane food, first overnight package, first immigration card, and first breakfast at airplane. But the most of all, the best thing happened in that airplane was the view. I know I am going on and on about how beautiful the night view was but that’s how much I love it. Usually, stargazing is really influenced by weather, clearly. And think about it. I’m above the cloud, so what else is going to stop me to see some stars? I Still rememer how Orion was switched position about 90 degrees, I even draw about it on my journal. Wow it was clearly something.

It was a long ride, so I got some sleep a lot of times but I was so excited to be on the plane and all the stars around me. I feel like I was an astronaut.

How can’t I not love red eye transportations? 🙂 One of the joy of on the road!!The ‘not seeting’ scenery is actually ‘more to discover beautiful’ scenery. Not to mention it’s a huge timesaver.

What do you think?

15 thoughts on “Why Red-Eye Transportation is the Best”