When was the last time you wrote the special letter?

After over 100 articles and 8 months of blogging, there’s one huge thing I left out about Korea.

Getting to know where you came from is certainly a unique experience.

Love and knowledge toward to the homeland developed slowly, for sure.

I went to see ‘Special letter‘ the musical the other day, and I realized so much about my country and myself. More personally, it reminds me of my whole university life, and some of leftovers.

Until this show, I didn’t realize ‘army’ is how big part of the culture. I guess I thought that as just natural.. something. Special letter rings my bell.. ding- ding-

As you know, we are still in the war. With who? North Korea, that’s who. Followed by that fact, every registered Korean men has to serve for about two years. Basically, half of population experienced the same thing. Naturally it effects to more than half of people, ’cause you know, they have families, friends, and special relationships.

Basically military is an essential bit to understand Korea, and the people of Korea.

I will tell you my story. As one of a few ‘female’ Mechanical Engineering student for six years, I watched all of my friends were called into the army one by one. Basically I had to make new friends only after two years of University. That was a huge change. You can imagine how big that was for me.

This show, Special letter, is about the bond between men, military life in the base, loneliness, weird relation between age and position and love. It is a good show because most people can empathize with most part of it and also hilarious!

Most of all, I want to talk about young love.

I bet many couples or just individuals have just same experiences. This musical is based on boy-girl relationship and what happen in the base. The boy has to basically lock in for two years, and how can he ask the girl to wait? And how can you sure to wait? They are in love, but asking for two years is too much for them. Imagine, you are twenty years old, in love, and your love or you have to leave for years on duty. It’s a duty and noble thing to do and all but at the moment, we just didn’t care. It was just an annoying law, nothing more. What would you do if you are in one of them? Break up in the spot or wait? A lot of couples choose to wait but it ends about a year later. Trust me, there’s a lot.

Special letter could look like a just comic musical based on military life, but it’s quite a bitter sweet to me.

The boy didn’t want to push her to wait, so he just dragged on and on. Well, the girl took a step and decided to wait at the end of it. She realized he means just too much to her to give up. Good for you girl! I didn’t have that much of courage… That makes me a bit moody. Too much regrets, too many ‘should have’, made me look back. And I still have leftovers for that. I was just too young to handle this kind of sadness, too young to have insightful vision, I guess. Ughhh stupid past Juno. Why wasn’t I smart enough?  Oh well, that makes me who I am now though. 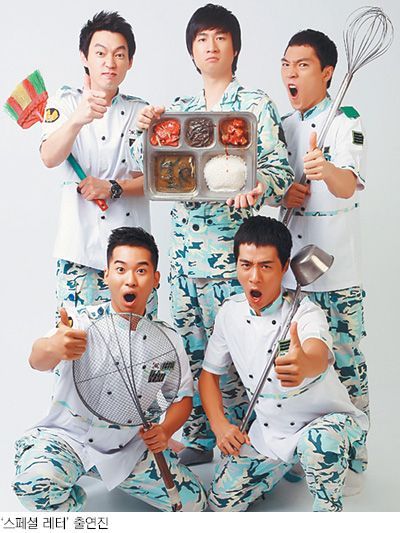 During the time, when ‘all of my friends’ were in the army, we wrote a lot to each other. Do you remember when did you actually write a letter to someone? I love to write, so sad writing is slowling dying industry. Still, letter is the only and the most popular communication system in the army. I wrote a lot of letters to friends with a lot of emotions. I learnt how to avoid sadness, what is ‘longing for’ someone and something, how to express my feeling and how can hold the emotions too. Now I think of it, isn’t it too much for just twenty one year old little girl? Oh well, I was never little but you know what I mean.

It is a sore spot to me, and I bet to many, many people out there.

Yes, military service is an essential point to get to know this country better. It effects every individuals, culture, the society.Still, there are various sociological problems and debates along with the military service and no right answer for it. Because no one experienced the same thing.

This musical Special letter, is very funny and very thoughtful. If you want to know Korea better-in fun way-, visit Daehakro and get the ticket. It includes a lot of ‘only Korean could understand’ point of humor, so if you have local friends, drag them along.

I often say I feel liberated when use English to write, and how I dislike many cultural customs but this kind of bonding is I can only get from my homeland. That’s why that feeling is so special. During 20 something years of growing up in this country, countless things just melted inside of me. Special letter has so many triggers to bring that memories back. I think this is why people always longing for ‘homeland’. It’s not about like it or not, just something that make sense.

Whooo, anyhow. Yes, military service sucks, but whatcha gonna do. That’s what it is. Thumbs up to the musical though!

7 thoughts on “When was the last time you wrote the special letter?”