My Inspiration: I Cracked the Code 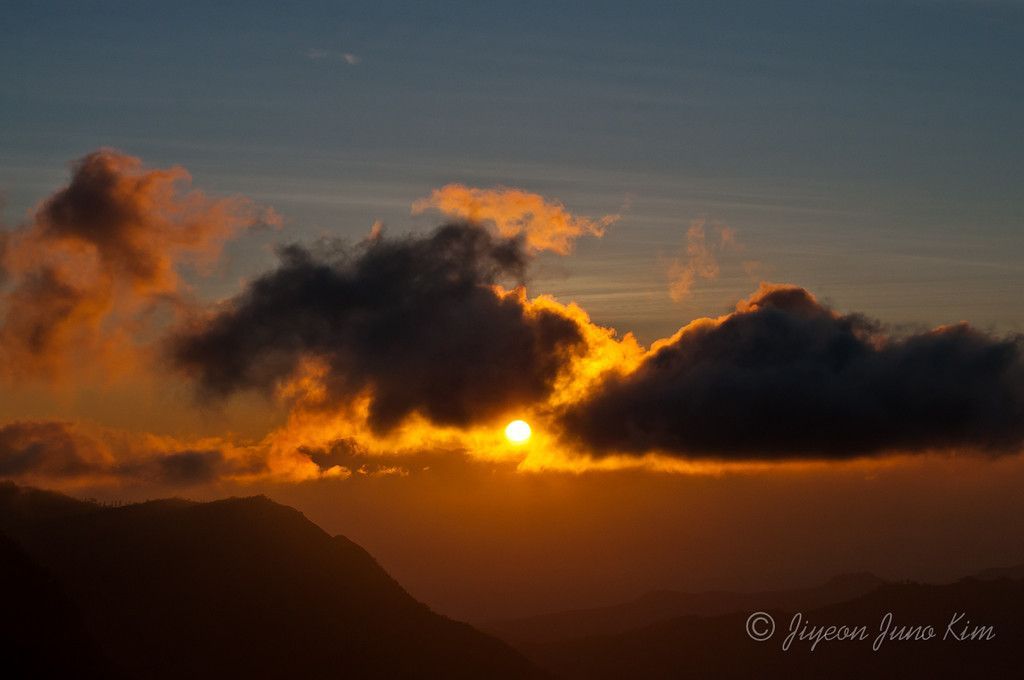 For different reasons in different times, I got inspired by many people. The word ‘inspiration’ is one of my favorite English words. It’s the foundation of what I do, and how I function every day. For twenty-something years of my life I’ve been touched by a number of people, public figures, books, movies, music, food, and even from my stuffed animals, and hoping I’m doing the same thing to others.

When I thought about the three biggest inspirational figures in my life, I’ve realized one same character all of them had. Can you guess what it is? 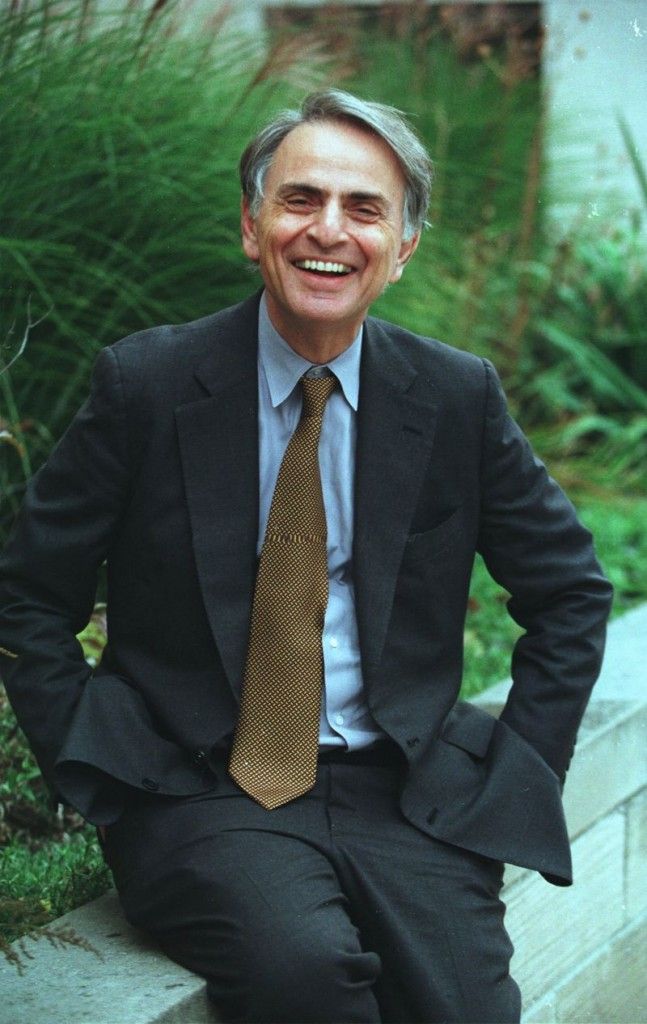 Carl Sagan made me cry, so many times.
I cried over Cosmos, one of the most popular science books of 20th century, and many times more with the movie Contact. When the movie came out, I imagined myself as Ellie in 15 years, a passionate astronomer. Life didn’t quite turn out like I dreamt (I wasn’t smart enough to master radio-astronomy!) when I was 13, but I am still the same; deeply touched by the beauty and mystery of the universe.

, the best-selling science book ever published in English, is the first science book ever written to the general public, not the scientists or students. Since this is a book that’s dealing with the origin and history of this universe, it is not an easy read, although it was written in rather easier language. But I fell in love with the details and all the un-solved mysteries.

Carl Sagan’s achievements goes on and on, but mostly his works on SETI (Search for Extra-Terrestrial Intelligence). He was genuinely interested in human kind, and believed there was someone out there to listen to us, and share the amazement of this wonderful universe. He was not only one of the greatest scientist, but also a humanist.

I visited VLA (Very Large Array) on his honor, and have been reading Contact I bought in VLA bookstore.

Who doesn’t love Julia Child? I found out about her after the popular Hollywood movie ‘Julie and Julia’, and she has been my inspiration ever since. She was my biggest inspiration when I was having the hardest time with my life, career and love. She was an amazing cook. She was a heroin of American housewives. If you are an American who’s around my age, you probably would remember your grandmother watching Julia Child’s cooking show. Her cookbooks are easy to find in cooking section of bookstores, 50 years after publishing.

She was a talented cook. But that’s not what made Julia Child great. She reached out to public. She wanted to educate American women about the proper cooking method and the importance of basic ingredients. Not only cooking great meals, but also she educated a number of women about the basic of cooking skills from how to store your pots in the kitchen, to how to saw up a boneless duck. 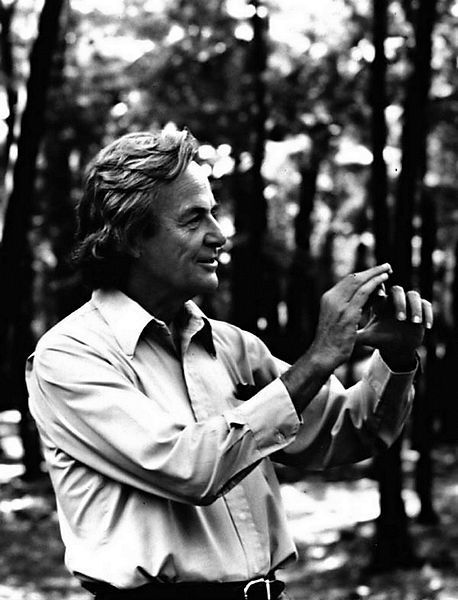 Dick Feynman, a Novel Prize winning theoretical physicist, was one of the Manhattan Project scientists, a panel member of Space Shuttle Challenger disaster investigation by NASA, and a bongo player. He went through a lot of different stages of life, and interests but one thing always remained same: science.

I listened audiobooks written by Richard Feynman, and I was glad I dedicated my times to listen the book. He was with me all the way from China to Vietnam. His interests were endless, one after another, and he mastered most of them. He sold paintings as a successful painter (he didn’t use his real name), was a well-known bongo player, mastered at unlocking the cabinet locks, studied consciousness and Mayan mathematics.

There is a long list of Richard Feynman’s quirky and impressive achievements during his years, and lectures at Caltech (California Institute of Technology) are the most well-known. I studied physics in university using his books. It was brilliant. He changed the field of Physics lecture. In his early years in Caltech he started the lecture of Physics to undergrad students, which became ‘Feynman Lectures on Physics’. To this day, his approach to the students is considered as one of the greatest. He didn’t enjoy the popularity; he wanted to give a seminar to the students who really want to learn physics from him, just who had a celebrity-crush. Science was always the center of his world.

Can you see the similarity? Julia Child, Carl Sagan, and Richard P. Feynman were passionate of what they love, weren’t afraid to start something different, and remained the best in their fields. Their achievements were beyond impressive, but there’s a greater thing inside of their acts.

Julia Child, Carl Sagan. and Richard P. Feynman were interested in the general public. They weren’t intoxicated by their fame. They wanted to share the passion and the knowledge. Julia Child in TV and cookbooks, Carl Sagan in books and projects, and Richard Feynman in lectures, they transferred their knowledge into the media and left it behind for all of us.

After visiting Smithsonian Museum of American history, VLA, the Manhattan Project sites (the Trinity Site, Santa Fe and Oak Ridge, TN) where are deeply related to these three people on the list, I’ve realized the same character of them I truly like. I want to be an inspiration by communicating with people. I want to share my experience to inspire people somewhere in the world. I want to let the world know that there are plenty of opportunities out there for everyone. I want to tell people it’s okay to fail. Most of all, I want to tell people that we all deserve to be happy and choose our own path. I’ve expressed my interests through my story like “It’s time to spill the bucket“, “When life give you lemons” and “Traveler’s dilemma: What you are not“. Last year during my Asia tour, I had a chance in China once to speak in front of Chinese university students, and I would love to do some more. Sharing my travels and life decisions, and inspire people. I hope I’m going to the path I want, and keep doing the good job.

9 thoughts on “My Inspiration: I Cracked the Code”