Life is Crossing the Highway: Enlightenment by Rango and Tortoise 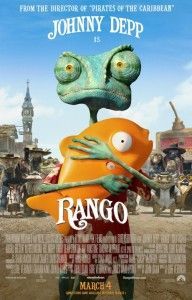 Roadkill: I need a little help here.
[the armadillo as a large gap in his body where the car wheel has passed through him]
Rango: Uh…are you okay?
Roadkill: I must get to the other side.
Roadkill: This is my quest. He waits for me.
Rango: Wha…who?
Roadkill: The Spirit of the West, amigo. The one! They say he rides an alabaster carriage with golden guardians to protect him.
Rango: What are…what are you talkin’ about?
Roadkill: Enlightenment. We are nothing without it.

Yesterday, I rescued three tortoises. Maybe they weren’t pleasant with my touch, but that was a right thing to do. I helped them crossing the road before they got hit by a car. I’ve never seen a turtle or a tortoise crossing the road. Although I saw ‘Turtle X-ing’ signs, but never seen the actual scene. But there they were, in Ozark National Forest, Arkansas, crossing the two lane street.

It was an amazing experience. I have a soft spot for turtles, but beyond that, the fact that I acted a good deed to a wild animal was very touching. On the road, I saw a lot of road kill animals. Racoon, deer, armadillo, cat, squirrel and so on. After the encounter with the tortoises, it got me thinking ‘this is the Rango moment.’

Some said ‘life is a highway’. But actually, like is crossing the highway.

In the movie Rango, the two-lane highway symbolizes the big leap. The big change, a better life. The other side of the road is the place you can never reach. The spirit of the west waits for us, as what Roadkill said. But, a lot of then end up ‘road kill’.

Rango asked Roadkill, why don’t you just wait until there are no cars coming?

Roadkill: I must get to the other side.
Rango: Why don’t you just wait until there are no cars coming?
Roadkill: It’s not so easy as it looks.

It’s not so easy as it looks.

It is not so easy as it looks. Like crossing the big highway is hard to the small wild animals, taking a big leap is not so easy as it looks. If you want to cross the road to meet the sprit of the west, you have to take a chance to get killed on the road. For us human? Crossing the highway, physically, would be easier but metaphorically, is as hard as theirs. Everything can change with a blink. If we want to make a chance in life, we have to take a leap whilst holding a chance to fail. The question is, if you would let the fear holds you back or not. Is the chance of fail is worth to take? It’s the question only you can answer, but I know, it’s not so easy as it looks.

It got me thinking, how amazing the life would be if we meet a person who can carry us to the other side of the road; like me to the three tortoises. They probably took a day to reach the centre line, and I carried them for the other half. But I think it’s different for us humans. This was just my selfish-ego talking. We meet our inspirations and guidance along the way; mentally and physically. As an intellectual creature, we pull ourselves forward by mental strength. That’s why we constantly communicate, read, write, move, and think. We crawl, we jump, we run and we walk; we try. And sometimes, we are the inspirations to the others. That’s how life goes.

With and without the help of the others, we are the one who’s making the result. But again, why we have to take the leap? Because we are nothing without Enlightenment.

Meeting the sprit of the west

I decided to take a big leap, so I did, and it wasn’t so easy as it looks. So have I met the sprit of the west? I’m not sure. I think I’m still crawling to the other side. The big jump was the start, and I’m making my way toward the enlightenment. Still, there are overload trucks and fast cars are coming my way. I have to escape from them, sweating on my back. Though, I appreciate all the experiences and encounters I met along the way. My mental strength is from all the support and the excitement we share. Maybe I will meet someone who can carry me to the other side, but I don’t count on that. I’ll take the chance and leap again, when I see the big two-lane highway again.

14 thoughts on “Life is Crossing the Highway: Enlightenment by Rango and Tortoise”