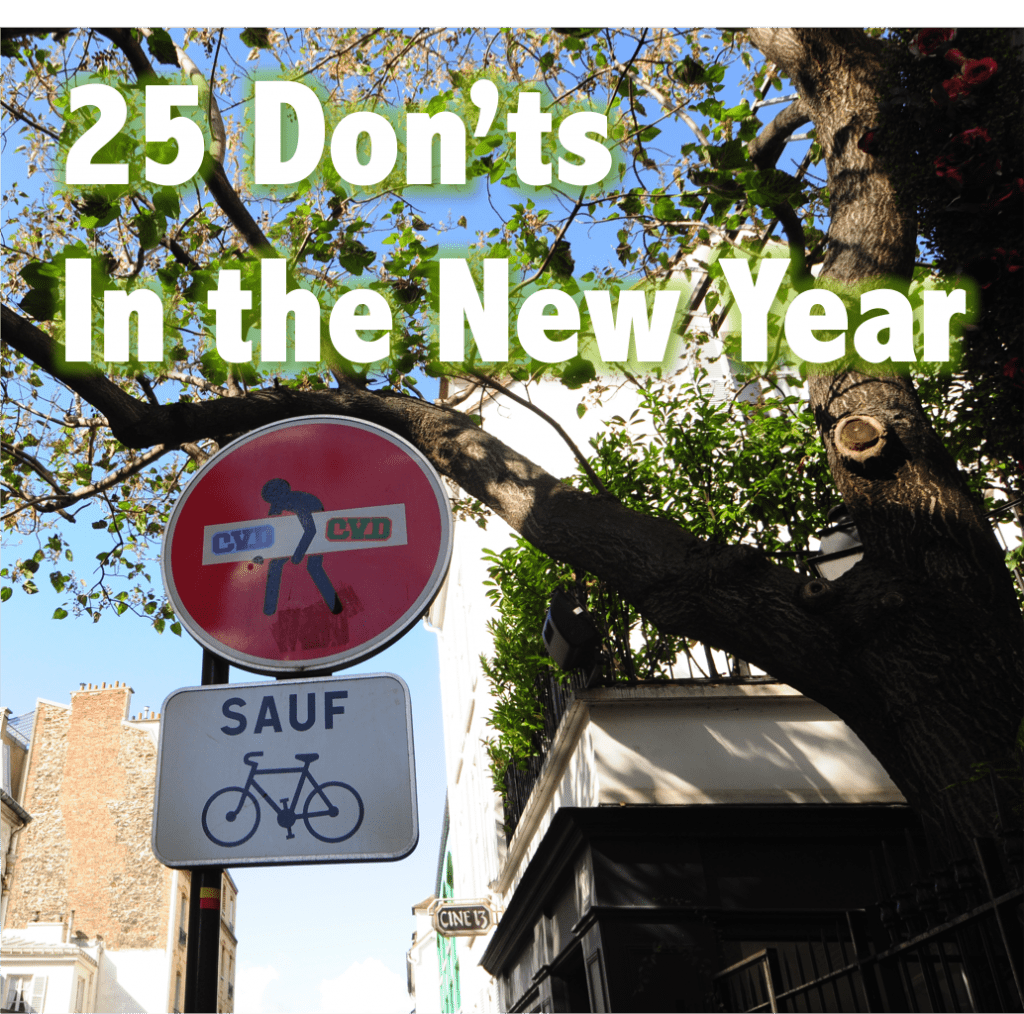 Did you write down your New Year’s resolution yet? Your personal goals? Professional achievements? I also have so many things that I want to do next year, but one of my goals is to be realistic. Make a realistic list, and actually make it happen. Ambitious, I know!
To greet all-new year 2013, I wrote down 25 Don’ts in the New Year. I am the one who needs to listen my own advice, in fact. Here are 25 things to remember in the new year.

(1) Don’t get comfortable with your unhappiness

Don’t ever get comfortable with your unhappiness. I know it’s easier to accept the reality than pursuit something beyond. But you deserve better. If you notice something’s going to the direction you don’t want, think twice before say ‘there’s nothing I can do’.

(2) Don’t forget what you already have

It’s better to try and ass-kicked by the world, than not trying at all. It’s better to know the result than constantly wondering. Not everyone can afford the failure, financially or emotionally, but for sure it won’t kill you. Why not trying something new? So what if you failed last time. Who knows if you’ll success this time?

(5) Don’t ignore people who are already on your side

Life if hard. But guess what? It’s hard for everyone. You can face the difficulties with a big smile and a positive attitude, or the opposite. If there’s a problem for you to fix, wouldn’t it be better to do it with a smile?

Please, do travel, make yourself happy but don’t just take off when you have a certain responsibility. You don’t need to be irresponsible to be free. Make sure there’s a person to take over your work before you quit the job, let your family know that you’re leaving, and prepare yourself. Traveling as a job seems like running away from the responsibility, but there will be new challenges to tackle. Be a grown up, be responsible, in any scenarios. Don’t say ‘it’s my life!’ and walk away. It is your life, but it’s not right to hurt other people.

If you feel the life is too complicated, take a deep breath and think what your focuses are. Are you thinking about yourself, or the others? Are you focusing on making your life rich, or worrying about what others would think?

I enjoy microbrew beer, good quality wine, Icelandic liquorish liquor, but I don’t enjoy being drunk. I like the tipsy feeling but I don’t like to make a complete fool of myself, especially if I’m in overseas. For safety reasons and sanity reasons; don’t drink too much.

Stretching, running, push-ups, sit-ups, walking… these activities don’t requite a lot of gears or spaces. Especially if you are self-employed, don’t forget to spare an hour or two to go outside and exercise.

I think this would be the hardest thing; to not procrastinate. I don’t know why it’s so easy to say “I’ll do it tomorrow” instead of “Let’s do it right now!”. Procrastinating is a part of human nature, but try to reduce it step by step.

There were a lot of controversies in travel blogging community over the years. And I’m sure it’s same in every different professions and societies. Don’t be a hater just because you don’t like what others do. You can disagree but you don’t have to trash others work and their feelings. Why would you?

Everywhere can be the office, but not the bed. I like to work on the bed as well, but I’m trying to get rid of the habit. I think it’s important to have places with certain purposes. For your solid eight-hour sleep, don’t work in your bed.

You don’t need to be sarcastic to prove your point. If you have to say ‘I’m kidding’ at the end of the joke, it’s not a very good joke.

The most-downloaded iTunes song has a point; don’t stop believin’. I don’t fully understand what the messages are from the song, but I agree with what they are saying. Believe what you believe. There’s no reason to stop.

(19) Don’t compare yourself with others

Everyone’s different. Everyone has his or her secrets. Don’t compare yourself with others: career, physical shape, money, and talent… No one’s same. Comparing things always landing on ‘I’m unfortunate’. Maybe that’s true, maybe you really are unfortunate person but what you’re going to do? The only valid reason to compare yourself with others is when you want to be pushed. It helps, to see the goals what others achieved. Otherwise, avoid the thought.

One of the things comes with being a grown-up is to take the responsibilities. This is what I’ve learned while working as self-employed and making my own life paths. There’s no one to blame for the failure, and no one’s going to take the success away. Whatever comes, don’t regret. Don’t say ‘I should’ve…’. It’s important to remember what went wrong, but don’t regret and especially don’t punch yourself.

No matter how much we adore animals, we can be a treat to them. If they are barking, don’t try to pet them. An advice to myself.

You do deserve nice things, since you work so hard, but at least think twice what’s in your shopping basket. You really don’t need $250 rubber boots just because you are stressed from work. How about find a healthier way to express your feelings?

Think twice before you say ‘I can’t.’ Don’t underestimate your abilities. If you have something you want to try, then do it. If you’re not sure if you can do it or not, there’s only one-way to find out.

Also it’s important not to overestimate yourself. Remember I said don’t beat yourself up? If you overestimate your abilities, and the result is not good, it’s natural to say ‘you idiot!’ and punch yourself in the face. I know you want to think you are a super human with unlimited energy, but sadly no one is. Accept the fact you can get tired, you need a break, and there’s certain things you cannot do in million years. 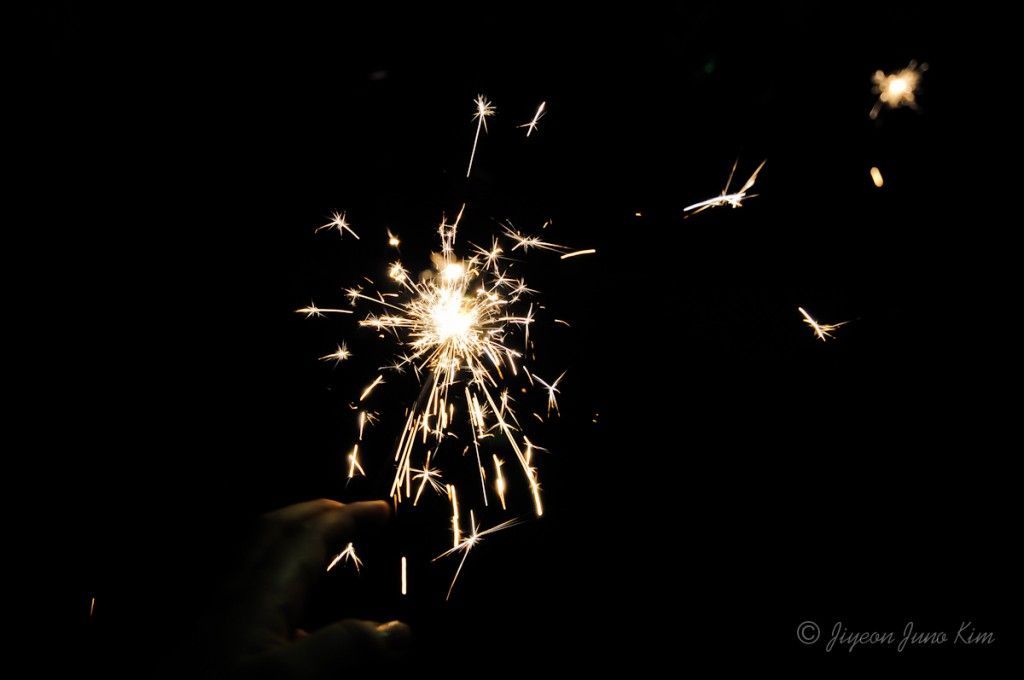