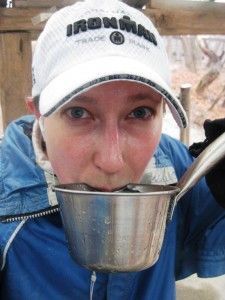 This week’s Runaway to Sister’s City is special for me with two reasons.

A) Because it’s Seoul, my hometown. And B) This great piece is written by my good friend and a wicked travel writer Katie Tibbetts (also known as Breakaway Katie).

Seoul, the place I spent more than half of my life, is giving me both comfort and discomfort. Though, ever since I started traveling, I grew a view of how to look at the place without any judgement, even my hometown. I’ve learn a lot in the process, and always interested in what other people have to say about this place.

Now, Seoul, or Korea in general is now one of the most promising work places for native English speakers. It’s easy to live, foreigner friendly, and have a lot to do. So, I invited Katie to be a representer of Seoul, who has a view of expat and a traveler. I was very happy to read this article when she sent me yesterday, because this was exactly what I was going for. She introduced so many different parts of Seoul as a traveler’s view.

Katie, who I met through our mutual friend, there’s not enough words out there to describe her. Katie and I share tremendously many values in life, and we are pushers and comforters for each other. There’s not many people who can kick my ass and sing Lion King’s song together and dance on the beach together, and she’s one of them.

Okay, now, let’s hear what Katie has to say about Seoul.

1. What kind of word would you use to describe Seoul? For me, Seoul is both historical and modern. What would you say?

The biggest mistake I made my first year here was accepting the rumor it was “concrete jungle”. For someone looking to really sink their teeth into a city, this is the place. Take a spin around Gyeongbok Palace and 13th century Seoul, hop a trail into Bukhansan National Park, and be back in time for dinner and drinks with your choice of Korean flair or international fare. I’m constantly surprised by what I discover when I amble out and about.

For me, the best and the worst thing is one and the same: Seoulites.

They can be pushy and painfully unaware of personal space. The concept of “lining up” is almost non-existent. I’ve been elbowed out of line by old women and nearly swept away by swarming kids in convenience stores. But, beyond the clawing crowds is city with a soft spot for foreigners. 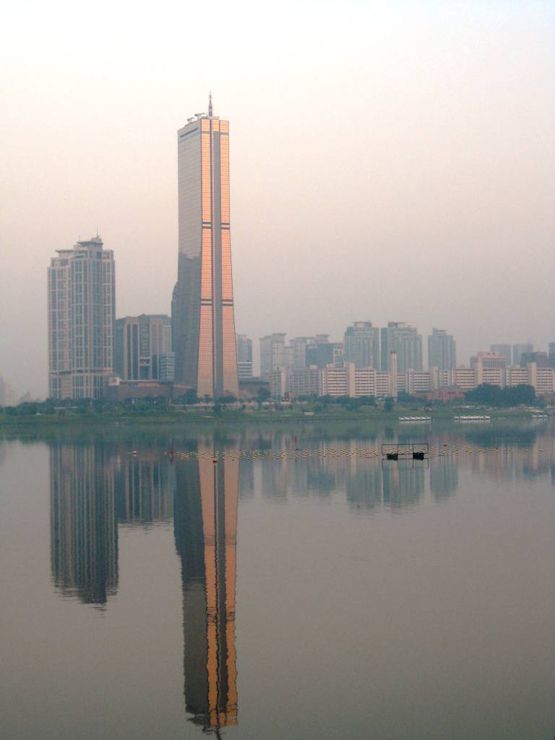 3. Personally, what is the hardest thing about living in Seoul?

I LOVE to cook. But, most Korean kitchens aren’t prepared to handle Julia Child-esque escapades. I, for example, don’t have a dishwasher or an oven. And buying one would require a serious chunk of change. So, baking bread and making cake is always a proceed with caution and eat at your own risk kind of affair.

4. What do you think about food in Seoul / Korea in general? Tell me about your relationship with Korean food and tell us what is your favorite dish.

Relationship? I guess that’s exactly what I’ve got with Korean food.

It’s that curmudgeonly friend, who shocks and awes you with a story of skinny dipping with wild monkeys one drunken Christmas Eve. Sure, I’ve been known to bad mouth it’s inflexibility; the constant red-pepper based flavors. If only it dabbled with a dash of Thai zip or experimented with a sprig of Mexican zest. But then again, I’m constantly discovering wow-worthy dishes. Andong jim dak, Dak-galbi, and Dak-dori-tang are some of my favorites. And when you eat in Korea, you don’t just get food, you get a whole cooking culture. My personal favorite is galbi: meat grilled to goodness right at your table and served up with never-ending sides of garlic, onion, mushrooms—and beer. 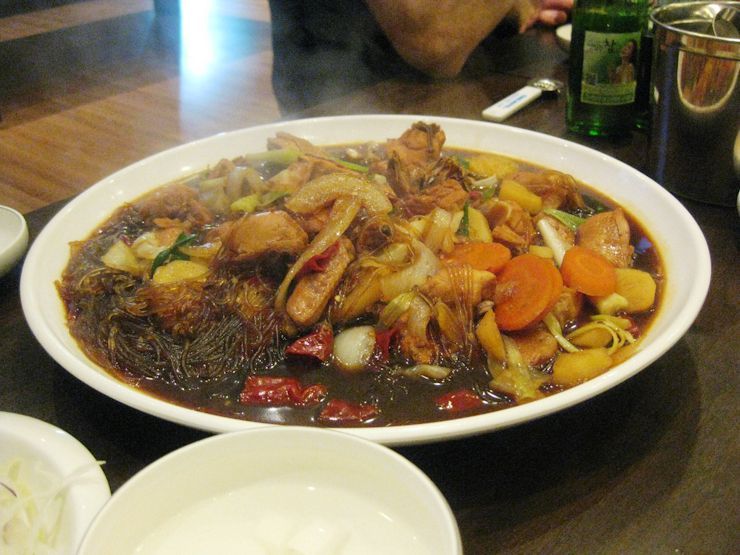 5. Unexpected things happen. Don’t we all know. What was one unexpected moment in Seoul for you? Something good or bad that made you think “Oh, I didn’t expect that!”

My first year here there was a military drill. I saw tanks rolling down the main street. Unless you’re traveling up towards the DMZ it’s easy to forget North Korea really is just beyond our backyard. Part of the reason I’ve enjoyed cycling up North towards places like the Peace Dam is to get out and feel the country’s history as it unfolds in the landscape. Hidden bunkers on hiking trails, military beach patrols at night, landmine signs and barbed wire just beyond the guardrail. Like I said, there’s a lot more than meets the eye here. If you’re interested in checking out a bit more, I’d recommend Barbara Demick’s Nothing to Envy or The Aquariums of Pyongyang by Kang Chol-Hwan and Pierre Rigoulot.

6. Frankly Seoul is an enormous city. There’s some places that even I haven’t been. But, you’ve been here quite some time. So, where’s your favorite place that you’ve visited and why?

Something a lot of people don’t know (or forget) about Seoul is that it’s literally surrounded by mountains.

More than thirty, actually. I’d be willing to wager a major league pitcher could spit at Bukhansan National Park from a passing subway. My favorite place is Namhansanseong (South Han Mountain). I credit (blame?) my cycling buds for introducing us. Spend your pre-breakfast hours at 480 meters, overlooking a slumbering metropolis, while tucked safely amid pine trees and 17th century temples and you’ve got yourself the an island of awesome moment. 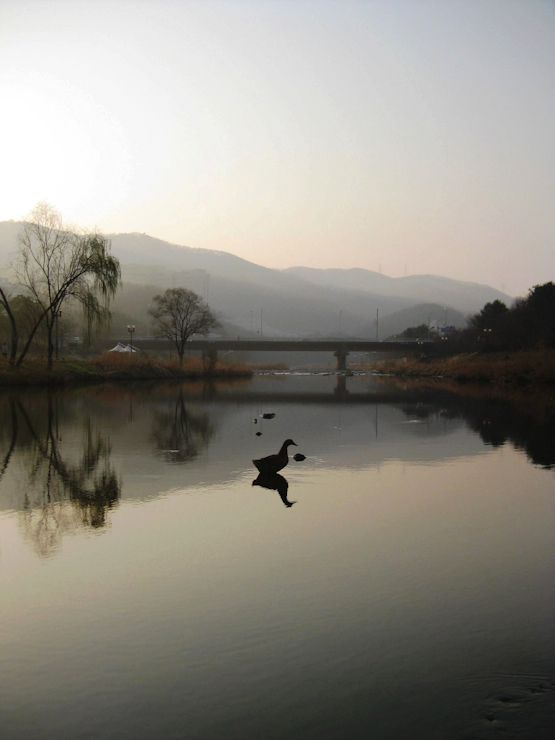 A friend joins me on a morning run in Bundang.

7. What is an unusual or unique custom that you’ve noticed in Seoul?

Cherry blossoms are boast worthy here, but I prefer the crispness and colors of autumn. Harvest season, even in the city. I’m what you’d call a seasoned veteran in these parts, and still drop my jaw when I stumble across a spread of red peppers drying in the sun, or a splay of rice on the sidewalk. I have thought twice or thrice about where my food comes from, but I also like to think its yet another way for the city to soak up tradition and fortify itself against Christian Dior and McDonald’s.

8. Have you found anything oddly expensive or weirdly cheap in Seoul?

I’m contemplating buying a cargo-boat load, shipping them all back and rocking my twighlight years away in knock-off Nikes. Sidewalk shop clothes and shoes are also apt to attract penny-pinchers. Good deodorant, on the other hand, is freakishly expensive and only really available from “specialty shops”—great-grandma and pop stands in local markets that sell U.S. military stuff. Not great news for athletes, nervous sweaters or anyone with armpit glands! 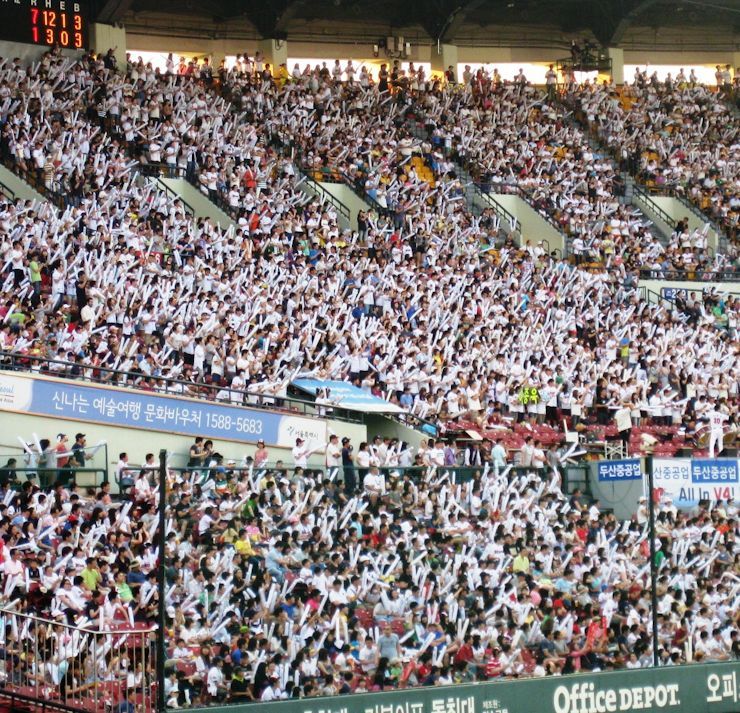 9. If you could invite anyone to hangout with you in Seoul, who would that be? Anyone from real life, a novel, movie, song, story, or even animation. Who would you choose?

The bolder bones in my body say Kim Jong Il, but I’ll play it safe and say my little brother.

He’s twenty-one and I think Seoul would be the perfect place for him to get stuck into without constant hand-holding. It’s English friendly (almost all public signs are translated into English), public transpiration is cheap and easy to navigate, and its got everything you need to stay enthused and entertained.

10. Where is your favorite / secret hangout place and why?

My secret hangout is actually kind of a moment in time than a place in space.

I triple-chocolate-fudge-love crossing the Hanamdaegyo Bridge when I’ve got a window seat on either the 8100 or 5500-1 bus from Bundang. The whole city is served up on a silvery shimmering platter: the winding Han River, Namsan Tower and the 63 Building. And, my personal favorite, the mountains peaking out behind it all. It’s even sweeter at sunset. 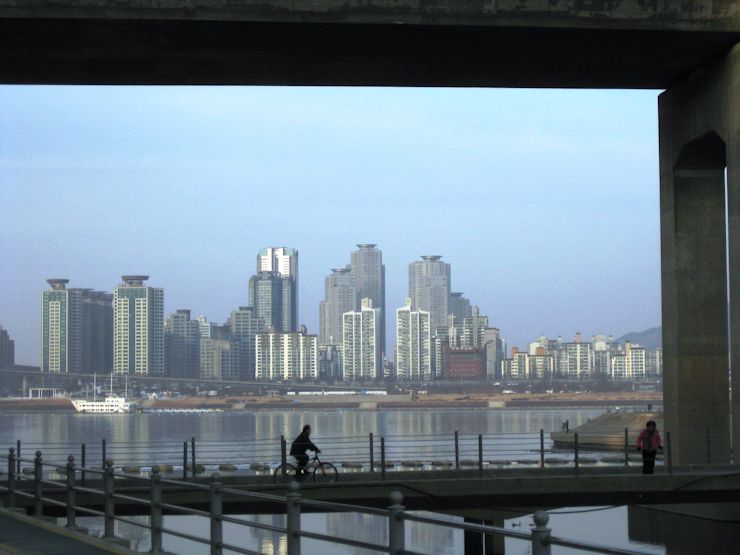 11. Which song would be Seoul’s theme song-Katie version?

12. When you go back home, or settle in a different place than Seoul, what would you miss the most?

Big, long, cheap meals with friends from all over—sometimes talking shop about Hagwon inefficiencies, but mostly discussing travel plans here, there and abroad. Family Marts and their never-ending supply of strange, but affordable snacks. Urban hiking. Running and biking on the river. Heck, I might even miss the guy in the grocery store flapping his arms and squawking about the latest sale items. No, that, and sidewalk spitting I’ll just never wrap my wits around.

It’s like the winning lottery ticket of public transportation. Just one of these puppies scores you a spot on buses, subways and taxis. I think I even once paid for a pack of Family Mart snacks with mine. 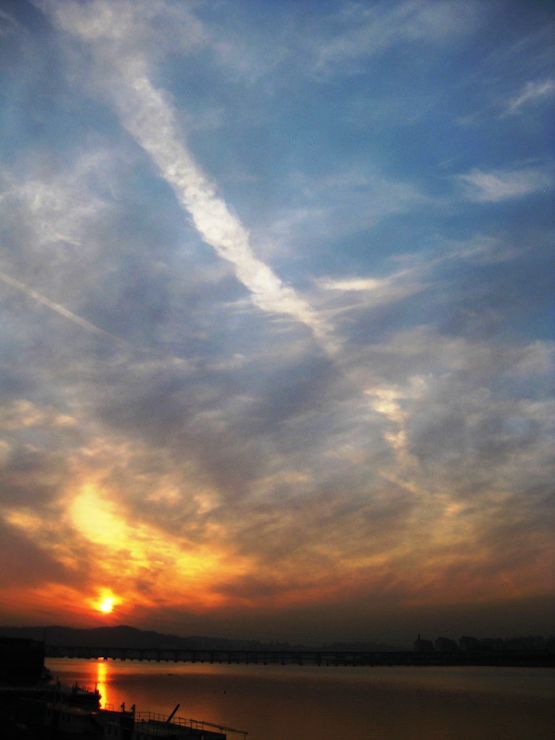 14. What would you say to your friends back home, when they say “Hey Katie teacher, I want to visit you!”

When I lived in Ecuador, friends I hadn’t talked to since kindergarten were weaseling out of the woodwork to pop down for a visit. I’ve been here time and a half and not even mum and dad have come over. Korea is definitely the middle child of Asia. Lost in the shuffle between rivaling siblings, Japan and China, and overlooked in the face of distant cousins in Southeast Asia. Mom, Dad and Meghan from kindergarten: get your butts over here!

I could conceivably go an entire day and not see one foreign face in the sea of brown eyes and black hair. But, I’ve gotten used to (come to, dare-I-say like?) the going-ons outside my door. The rushing blacksuits, the hunchbacked women and their vegetable spreads in subway stations. The abandoned bunkers and hidden mountain springs. The ritzy high-rises, and rusting wagons forgotten in crumbling back alleys. Everything known, unknown, understood and misunderstood about this place gives it a special spot in my book of experiences. 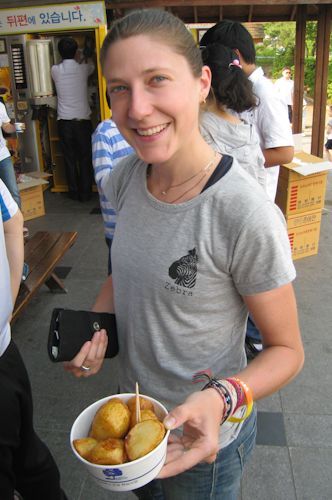 Katie Tibbetts, as her words, a mediocre athlete turned adventureluster on a budget. Originally from Middletown, Connecticut.

An Ironman, a born bike traveler and a trained travel writer. She made her way from Beijing to London for six months on a bike. Studied English literature in New Zealand, and dedicated herself as a guidebook writer at Fodor’s: Peru and V!VA travel guides: Ecuador. Currently exploring every corner of Korea by biking, running, eating, while teaching English to learners.