Laura is a featured star of Runaway Juno. She appeared on my fishing trip in Jeju island, I had an unusual day tour of Seoul with her, and she’s going to be on my upcoming post.

We met in Jeju island, at the famous island guesthouse. It was my first night. We shared the world’s worst Makoli (rice wine with a smell of mandarine) together, and we met again in Seoul a couple more times watched the world’s worst movie. We continue talk after she went back home, and knew we are going to be a very good friend. And we did.

When she came back Seoul to take care of some left over business, she shared her travels in west coast of United States for past few months. While we were talking, she showed me photos of her hometown, Ithaca, New York. Frankly I’ve never heard of the place before. Then, as soon as I saw photos of wall mural in Ithaca, I said “you should write this stuff for me.” I loved how they paint their own house in their way. We talked about Ithaca more, and I sent her these interview questions.

Start with an awesome mural photo, let’s see what she has to say about Ithaca, as a townee.

1. What is the best word to describe Ithaca? For example, I would say Seoul is historic and modern at the same time.

I would say Natural. Untamed. Wild.

2.Frankly, I’ve never heard of Ithaca before. Tell us little bit about Ithaca.

Yes I can imagine that. People may of heard of Ithaca because of Cornell University or it’s t-shirts.. Ithaca is Gorgeous. But Ithaca is so much more than that. The students come and go but the real Ithaca is about the local community. There are the townees and the people involved with the University. I would be considered a townee. So this Sister city post is from the p.o.v. Of a ‘townee’. 🙂 But often times they are one in the same. Although there is this separation I would say the University is pretty well integrated into the local community. Also apparently at one point in history Ithaca was considered the Hollywood of the US. Actors and actress came here and films were made so I’ve heard. Today people consider it a good place to raise children but because it’s so small leave when they get the first chance. But often come back when they have there own children.

3.Let’s jump right ahead to talk about food. What is famous local cuisine of Ithaca? Is there any street food?

One famous restaurant that has been around for quite sometime is The Moosewood, known for it’s innovative vegetarian food. Its funny I told someone where I was from the other day and he said is there moose there or is it known for moose? And I said no I don’t know what your thinking.. I think I realize now why he said that, He must of heard of the Moosewood! Right down the hall from the Moosewood is Dewitt Cafe, open for breakfast, brunch. The Dewitt Cafe has a nice atmosphere with dark fish tanks in the back and a glass wall looking into the old used book store. They are both in the Dewitt Mall, downtown and are delicious. The farmers market on the weekends is also a hit for food. Especially good are the breakfast burritos. People get food and go sit on the dock by the inlet coming from Cayuga lake. (one of the 5 Finger Lakes) There are many other venders and local farmers coming from surrounding areas at the market including Raw and Macrobiotic, Asian food choices. I wouldn’t say there is street food here but there is one food truck called Louie’s Lunch that sits on Cornell campus easily accessed by all the students walking around. There are many festivals though, like Ithaca Festival and Grassroots Festival of Music and Dance where many local restaurants turn into venders and that is a fun occasion.

4.How much is for a cup of coffee?(I’m asking because it’s important to me. It’s a kind of personal measure of money value)

It costs me 3.50 for a small Mocha at gimme! coffee, a local chain here which is a great asset to Ithaca. Since opening up here they now have 2 gimme! coffees in NYC. The baristas are particularly good at making leaf and heart designs on the top of your drink.

5.What made you like and dislike Ithaca? Could you pick one of each for us?

Well I like the fact that Ithaca is untamed in a way. But in a way I think it’s too relaxed and people may tend to let things go a little too much. Nature is a powerful force here. Like sometimes I feel I don’t even have to take a shower to go out here. I get lazy. Ithaca is in a valley so I think there is a strange energy that sucks us all in here. But that is beautiful. When I come here it’s hard to leave. 🙂 Another thing I like though is that everything is connected architecturally. For example you can walk from the downtown up the gorge to college town and there are many secret paths. Even many of the building have this characteristic. Connecting the city. Ithaca is totally walkable and invites exploration. Though its small it’s also very diverse which I realize I have taken for granted visiting some cities around the US.

6.Tell us about your childhood in Ithaca. Do you have a fun memory to share with us?

I moved here in the beginning of middle school but in my teens…I have many memories around town with my friends. I lived downtown so a lot of times my porch would be a central meeting place where we would hangout for a while. One particular time I remember we were hanging out on the porch and the neighbor, an old man who was always seen walking by drunk, walked by. Somehow, he ended up coming up on the porch and sitting down on the railing and began talking to us. We all humored him but this moment for some reason felt strange and interesting like we had crossed a border interacting with this old drunk man. I can’t remember but illegal substances may have been involved. I think it can be liberating to cross borders with your neighbors no matter the circumstance. In this way we were opening up the community, letting it breath. Beyond this, leaving campus with friends during the day and enjoying the view from Sunset Park, bon-fire dance parties at my friends house, going to the Ithaca festival every summer with friends and dancing like crazy, hippy style are some of the best memories.

Well, It can get quite hot in the summer and very cold in the winter. But you can always cool off by jumping in the Gorge. Although watch out for naked people climbing on rocks.

8.What is the best way to wander around Ithaca?

Start anywhere and most likely you will find an organic path. Its hard not to run into one of the many gorge’s.There is also the Planet Walk that starts with the Sun on ‘the Commons’ and goes to the Science Center. If you are young it can be funny when you get to Uranus. Uranus is not far from my house and across the street from Gimme coffee. Each of the planets are scaled down to represent the distance from the sun. I think this may interest you Juno. 🙂

9.What is the most famous landmark? Do you have any favorite?

There is a large rooster on the corner of ‘the Commons’. That has been there for a while. It’s sits above the entrance to a bar called Chanticleer.

10.Where is your personal/favorite hangout place in Ithaca?

I would go to the many falls. Or used to be my porch.

11.If you have one day for a short trip out side of city, where would you go?

I think Ithaca is one of the most interesting towns to visit in Upstate New York. Usually I bypass most other cities and go to NYC. 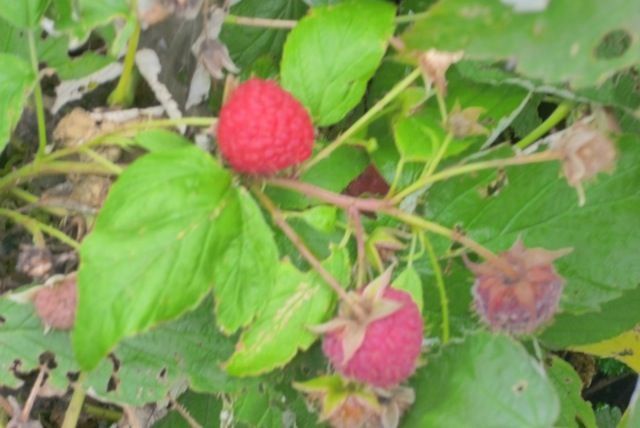 12.Do you think there’s any extraordinary custom in Ithaca?

Ithaca doesn’t like big business, so the people have their our own currency called Ithaca Dollars which can be used at different local participating business’s and thus keeps money in the Ithaca economy. Also many people have protested keeping Walt-mart out of Ithaca for quite sometime. I think S. Korea can relate with this.

13.How about language skills? Of course everyone would speak fluent English (duh!) but is there any other common language?

Humm.. well one interesting fact is that Ithaca was chosen as the Dali Lama’s home in the US. I guess there is a language of acceptance. Also people practice how to be a good neighbor. Offering a helping hand. People know this language well. While I’ve been here visiting the other day both my neighbors came by to offer a helping hand while I was fixing my bike. One of our neighbors even mowed part of our lawn the other day. I’d say for a city in the US the individual is not stressed as much as the community is. I think this city gives back rather than takes from the people that live here. The city doesn’t own us. We own the city.

I would say.. an open mind. You will most likely run into many different kinds of people with many different life philosophies. Including the religious community the twelve tribes.

Yes, I think you would. You would appreciate the nature I’m sure and wouldn’t discriminate against this small place. You would especially enjoy the festivals during the summer where you would feel free, and can definitely wear a no sleeve tank top! Very little judgment based on appearance. I’m sure you would feel like you could be yourself here.

#Thanks for doing an amazing interview. Gave me and curious readers an enlightenment of Ithaca, New York. You had me from the mural of garage and the answer for the last question. 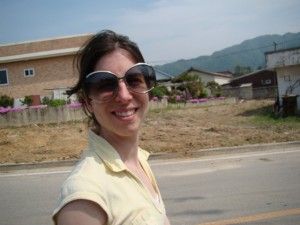 A good friend, a Chinese speaker, a Korean beginner, a pro English teacher, a Makoli drinker, a wandering soul, a thinker, and most of all – a traveler.

She spent her latest years – study Chinese in Chungdu, China, teach English in Cheongju, Korea, travel around a part of SE Asia and travel around West Coast of United States.

Laura is, Seizing the day.