Runaway Subscription Saturday of This Week 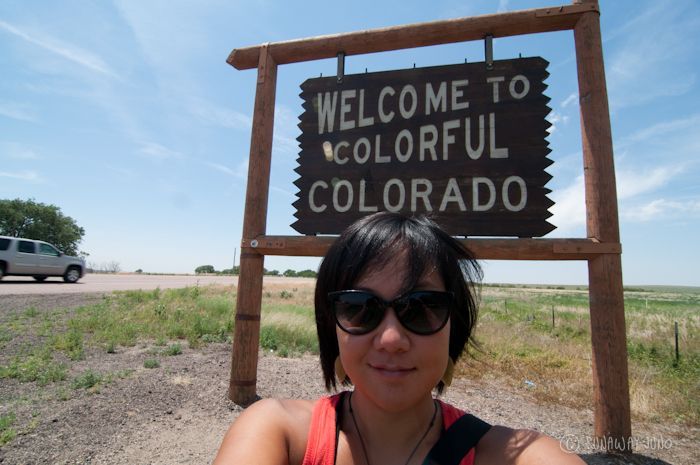 Yes, I’m still in Colorado! Having busy days working, dog sitting and house sitting. The weather is dry and hot, but I’m really enjoying it. The time gave me a chance to catch up a lot of readings and writings. There were a lot of great posts that I wanted to share, but I narrowed it down to five. Here are  my favourite ones of this week.

First up, from Bacon is Magic, Thoughts from a traveling spinster on her birthday. First of all, happy birthday Ayngelina! She wrote an honest view on her 35th birthday. I have to say I’m related to a lot of her though process. Traveling can be a double edge sword. Since we are all human, we always seek for something we don’t have. I don’t know why, but I think that’s in our nature. Traveling around the world clearly means that we are out there, not living a conventional life style: purchase a house, having a kid or having a ‘normal’ job. I don’t have an answer, either. But the point is, be happy at the moment, and have a faith with our future. Me? I can’t say I’m 100% sure, but I think I have some hope.

Second up, from Around the World “L”! Why I Am Not Changing My Name After Our Marriage. I’ve been seeing similar cases like Lillie. Also, it’s the thing I’ve never thought about it. For me, it’s not a custom. Funny indeed, a country like Korea, where women doesn’t really have any power in the society don’t change their name just because they are married. I’m not the one to say, but I can understand the both sides; who are changing their name and who aren’t. It’s just because the generation is changing. The name is a brand. That I understand. Good for you to stand your own opinion!

Third up, from Land Lopers, One Month After Losing My Job – Lessons Learned. I agree. Although I didn’t have, and still don’t have the strong support like Matt, I’ve learn these lessons after I walked out from my office job. Life is full of choices and the best yet to come. It’s overwhelming, to see the all the opportunities out there, and see that slip out on my hands. But it’s also exciting because I get to design my own life. I guess that’s the price we have to pay to live the life as we want. Apparently a lot of people can’t do that. 🙂 I’m truly happy for you, and excited to see more great thing you’re going to do Matt!

Fourth up, from Too Many Adapters, 5 Reasons iPad is Not Your Camera. I was wondering about that. I mean, iPad is the new rage. And yes, I’ve seen quite a few people traveling with their iPad and taking pictures. As a iPhone user, I can see that you can’t see the screen outside. I guess if you can afford to buy an iPad to travel, you can also afford a little point and shoot camera. As far as I can tell, point and shoot would take much better photos than iPad. I also wondering how iPad users would think. I want to see an article about ‘why traveling with iPad camera rules’ someday. Would you be working on that?

Fifth up, from eurotriptips, So, you want to be a travel blogger? It’s not as glamorous as you thought. There’s no definite future, or promises, yet we have to believe what we do and push through. It’s not as easy as it sounds. A lot of people think travel blogger isn’t a real job. It maybe not, but it is a job, and it requires a lot of working hours. Press trips are amazing but it won’t pay my bills, writing blog posts are fun but you don’t know where it would go. It’s hard to take, sometimes. But yes, it would lead me to an amazing place. It got me here so far, and I’m really excited to see where it would lead me in the future. Great write up, and cheers to everyone out there!

There you have it, my 5 favourite article of the week.

See you next week.

6 thoughts on “Runaway Subscription Saturday of This Week”