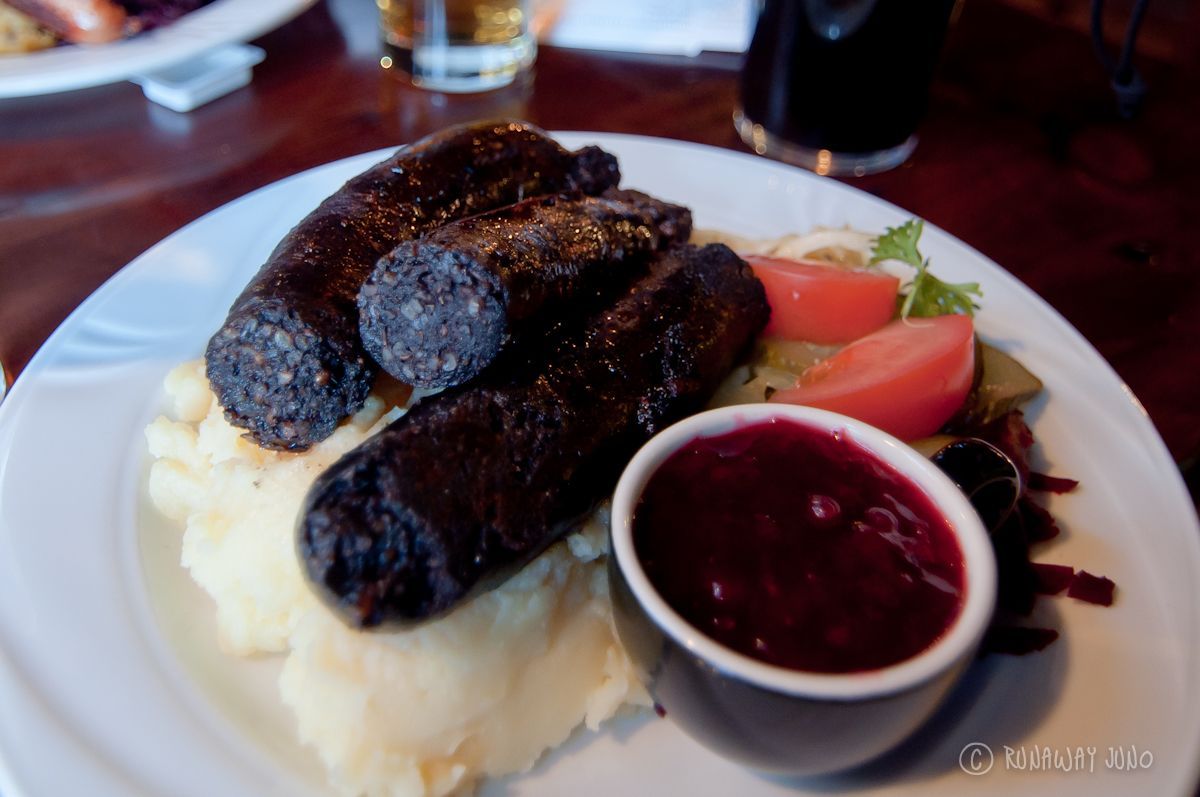 Mustamakkara, the black sausage. Would you eat it?

Mustamakkara, the black sausage, is an authentic Finnish cuisine that originated in Tampere region. You can get it in other places in Finland, but not as authentic as Tampere’s. It’s the best to be eaten when it’s hot and fresh. The name itself just doesn’t sound very appealing; blood sausage or black sausage. We don’t usually eat things that are black. But I wanted to try it because it’s a regional specialty. As you know, I don’t normally get scared with the food.

When I posted the photo of sausage online, because I loved them so very much, more than half of the responses were negative. Most of the people think this is too ‘grotesque’ to eat. Yeah, I’ve never thought of that. I can see that, though. I didn’t think of it when I was eating it, but I see it now. Certainly, it is not the type of the food that you don’t even want to touch because it’s so artistic, like a Japanese sushi. Quite the opposite. But never judge the book by its cover! So I wanted to give the mustamakkara, black sausage a change to shine here. Not with the look, but the description… maybe.

The first time was for diner at a proper restaurant in Tampere. The plate was about 9 € with a good amount of sausages, lingonberry, potatoes, and salad. It was similar to what we Koreans know as ‘sundae’.

Then we had it at a food stall at Tammelantori market place for much cheaper. It was priced by the weight, and 3€ will give you more than enough amount for three people to share. Or you can just show them how long you want it to be cut using your hands, just like locals do.

Mustamakkara is made with pork, pig blood, rye and flour, after which it is stuffed to the intestines. It is basically a sausage. At a market place, it is popular for a late breakfast and a lunch. Believe of not, it is one of the most beloved food in Tampere, Finland. Mustamakkara is usually served with lingonberry jam. The sausage was wrapped with a paper with lingonberry jam on it. Meat and jam didn’t go really well in my head but they actually do. The sweetness of jam enhances the taste of meatiness. As much as it sounds strange, it is that good.

Don’t forget to finish up with milk. (that’s what Finns do.)

So the verdict is? I like it. I just couldn’t get enough of it. It really doesn’t look great, but there’s much more to it. You just have to come over and eat it yourself.

What do you think? Do you try to eat everything when you are visiting other countries?