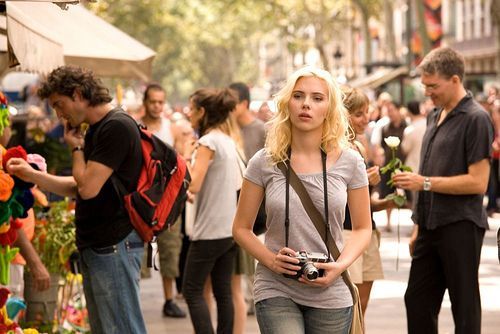 Woody Allen’s film “Vicky Cristina Barcelona” is a story about Vicky and Cristina in Barcelona.

“Vicky and Cristina decided to spend the summer in Barcelona. Vicky was completing her master’s in Catalan Identity, which she had become interested in through her great affection for the architecture of Gaudí.

Cristina, who spent the last six months writing, directing, and acting in a 12-minute film, which she then hated, had just broken up with yet another boyfriend and longed for a change of scenery.

Everything fell into place when a distant relative of Vicky’s family who lived in Barcelona offered to put both girls up for July and August.“

It starts with a simple setting, but it turns into a complex love story with between Vicky, Cristina, Juan and Maria. Vicky, who knows what she wants and values the traditional life, and Christina, who know what she doesn’t want but not sure what she really wants in life, they experienced new and exotic experiences in Barcelona. It is a complex film, but I have to say, all the actors are great. It contains powerful emotion: love and hate, and they did a wonderful job.

Most of all, I enjoyed this film because of the location. As you can see from the title, the film was shot in Spain, mainly in Barcelona, Avilés and Oviedo. As soon as they arrived at the airport, the whole scenery in the movie captured my eyes.

Vicky experiences wonderful Gaudi architecture around Barcelona with her deep affection to Gaudi architecture. And as a photographer, Cristina captures artistic side of the city through her camera. The artistic side of the city is seen the best when Maria teaches Cristina about film camera photography. Through out two different methods, we can really see the beauty of Barcelona and also Aviles and Oviedo. It made me wanting to visit Barcelona and rent a Barcelona holiday apartments. 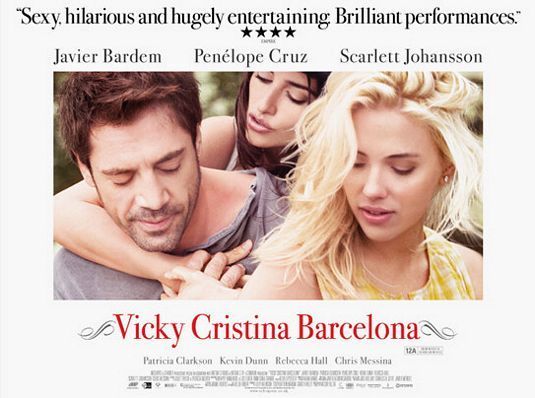 It is true, sometimes we need/want to have a big gesture to realize what we really wants in life. When we are deciding something very important, there’s this question in the back of the head, ‘what if there’s a better option out there?’ and ‘what if this is not the one I really want?’. Nobody can answer the question but ourselves. Really, who would 100 percent be sure about the path they choose? It’s the matter of how much you are faithful to the moment in life and believing in yourself. Sounds cliché, but that’s the truth. And, don’t regret.

So, are you happy with your path you choose? Do you have any regret?

“Vicky returned home to have her grand wedding to Doug. To the house they finally planned to settle in. And to lead the life she envisioned for herself, before that summer in Barcelona. Cristina continued searching… certain only, of what she didn’t want.”