Mwagusi Camp: 7 of the most interesting animals you could see 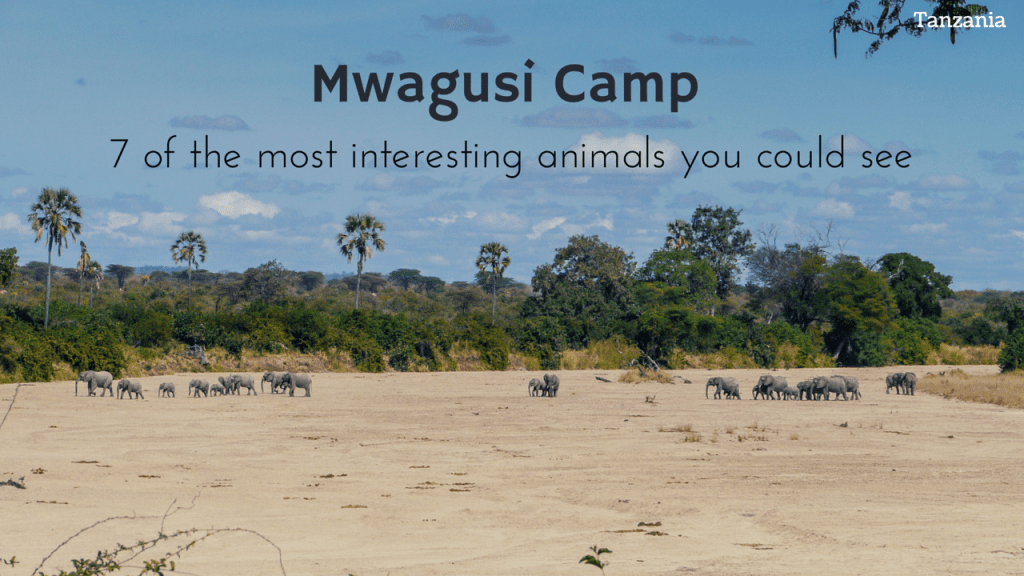 A Ruaha Safari, wild and remote, is one of the most authentic settings for wildlife watching. Until recently, the area was hard to access, which is why the park has remained unchanged for centuries and can offer the type of wild safari experience that only early explorers were privy to. Today, you’ll see an impressive array of animals at Ruaha’s Mwagusi Camp alone – these are our favorites:

Native to Ruaha, these wonderful birds are simply stunning with their fluffy necks, plump brown, black, and white feathers, and their distinctive red bills.

You’ll spot them in the savannah or in semi-arid woodland – just listen out for their loud, accelerating clucking notes to be lead straight to a flock.

The African wild dog is an endangered species but Ruaha is one of the few remaining countries with a stronghold on them.

Travellers will often spot black-backed jackals and spotted hyenas hunting down prey during a Ruaha safari; it’s the elusive striped hyena that is harder to come by, so if you spot one, feel very privileged indeed.

African elephants are the biggest in the world, measuring up to 7.5 metres long, 3.3 metres high at the shoulder, and weighing a mighty 6 tonnes.

Ruaha National Park is home to the largest elephant population in all of Tanzania, with 12,000 elephants passing through its ecosystem every year, so you’re likely to spot wild elephant with real ease during your stay here.

Male kudu are arguably the most handsome horned creatures you’re ever likely to see on safari.

There are two types of these antelope (greater kudu and lesser kudu). They usually stick to different parts of Africa, but if you head to the north of Ruaha, remarkably, you can see both! June is breeding season for greater kudu, so visit then to guarantee plenty of sightings.

The lion population is flourishing in Ruaha, which means you’re likely to get some incredible sightings, especially if you stay at the Mwagusi Camp in the pulsating heart of Ruaha’s prime lion county.

Here, lions can be spotted all year round, although they do seek cover during the long rains of April and May.

African leopards are beautiful, with magnificent coats ranging from pale yellow to deep gold, or even black.

In Ruaha, you’re likely to spot leopard during a daytime safari (they’re most active during daylight) whilst they hunt out on the plains or relax in the treetops.

The Great Ruaha River is the focus point for many travellers, not only because it’s a sight to behold with its gorgeous green, grassy banks, but because the rock pools are swarming with huge crocodile too.

Seeing crocodile in their natural habitat like this is a life-changing experience, as you can truly grasp their size, complexity, and intriguing behaviors.

To read more about the animals you’re likely to encounter at the Mwagusi Camp and around Ruaha National Park, visit Africa Travel Resource today »