The easternmost the Canary Islands, Lanzarote is a volcanic island with 300 volcanic cones. This 37-mile (60 km) long and 12-mile (20 km) wide island has great beaches, interesting sites, nice restaurants, and hotels. This island has an intriguing landscape with dark-colored lava fields, palm tree forests, and white sand beaches. In 1993, UNESCO designated a Biosphere reserve covering the whole of Lanzarote. Lanzarote has previously been associated with resort tourism but now there are more facilities for independent travelers.

Timanfaya National Park
There were series of big eruptions between 1730 and 1736 when more than 100 volcanoes, covering more than 50 km², rose up and devastated this part of the island. The volcanic activity caused the high surface temperature, and the resulting geyser is popular for visitors. Timanfaya volcano, which the park is named after, is the only active volcano here. The Martian-looking park is entirely made up of volcanic soil. 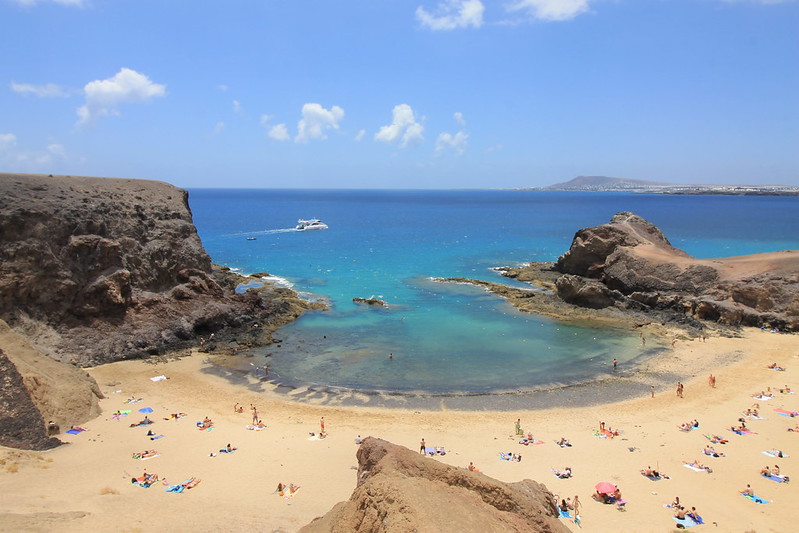 Monte Corona
The largest crater in the north of Lanzarote Island, Monte Corona erupted 4000 years ago covering a large area of the northeast island with lava. It created two of the most visited attractions, the Cueva de los Verdes and the Jameos del Agua.

Jardí­n de Cactus
In the north of the island, there is an eight meter high, green, metallic cactus sculpture. César Manrique is a local artist who helped most of the island’s development and this Cactus Garden was one of the projects. With more than 1,000 species of cactus, the garden displays incredible colors and stunning flowers at certain times of the year. 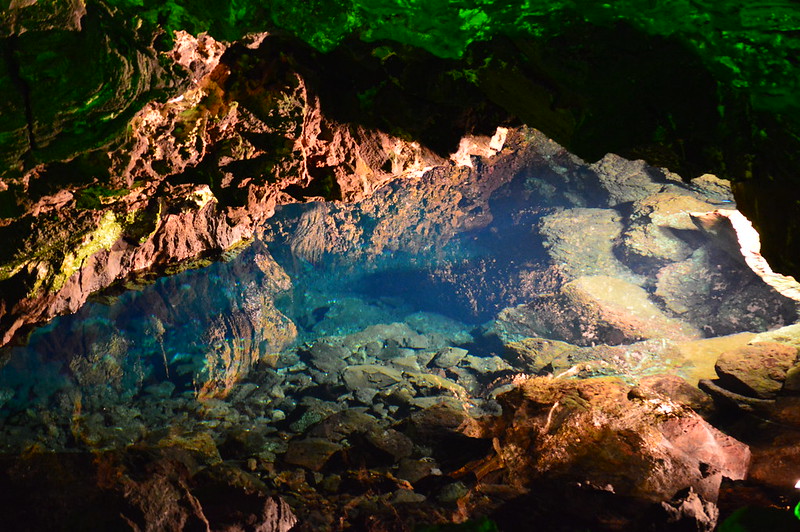 Playa Blanca
In the southernmost town Playa Blanca, you can find the white sand beach (Playa Blanca) in the center of the town. It’s a mix of sand and rocks, and relatively quiet. A bit out of the town center, there is the Playa Flamingo beach with a number of restaurants and shops. The beach was destroyed in 2005 due to the hurricane Delta, but it was rebuilt in 2011. There are nice places to walk around like Faro Park, Carlos Park, and Shangrila Park.

Tunnel of Atlantis
One of the most significant sites is the Tunnel of Atlantis. It’s the world’s longest known volcanic submarine lava tube. It’s the underwater portion of the Cueva de los Verdes lava tube in Las Palmas. This lava tube formed more than 20,000 years ago when the volcano Monte Corona erupted. 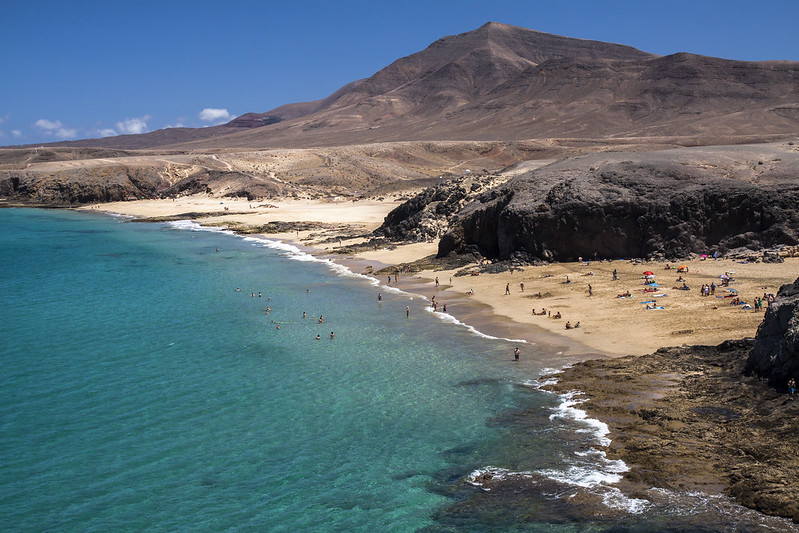 Caletón Blanco
Caletón Blanco is a white sand beach in the fishing village of Órzola. It is almost surreal to see the white sand beach on the volcanic island. Some areas of the beach are safe for children as they are sheltered by the rocks. Aim for the high tide to enjoy swimming in this beach. This is the island dream: turquoise waters, tranquility, soft sand, and the Canary Island’s sunshine.

Papagayo
Among many interesting beaches, Papagayo is considered to be the most beautiful beach in Lanzarote. It’s hidden in Los Ajaches nature reserve in the southern tip of the island where you can see many volcanic hills. Many people stay in the nearby resort of Playa Blanca rather than being in the crowds of peak season. There are also nearby bays such as Las Mujeres, Pozo, Congrío or Muelas which are less crowded.