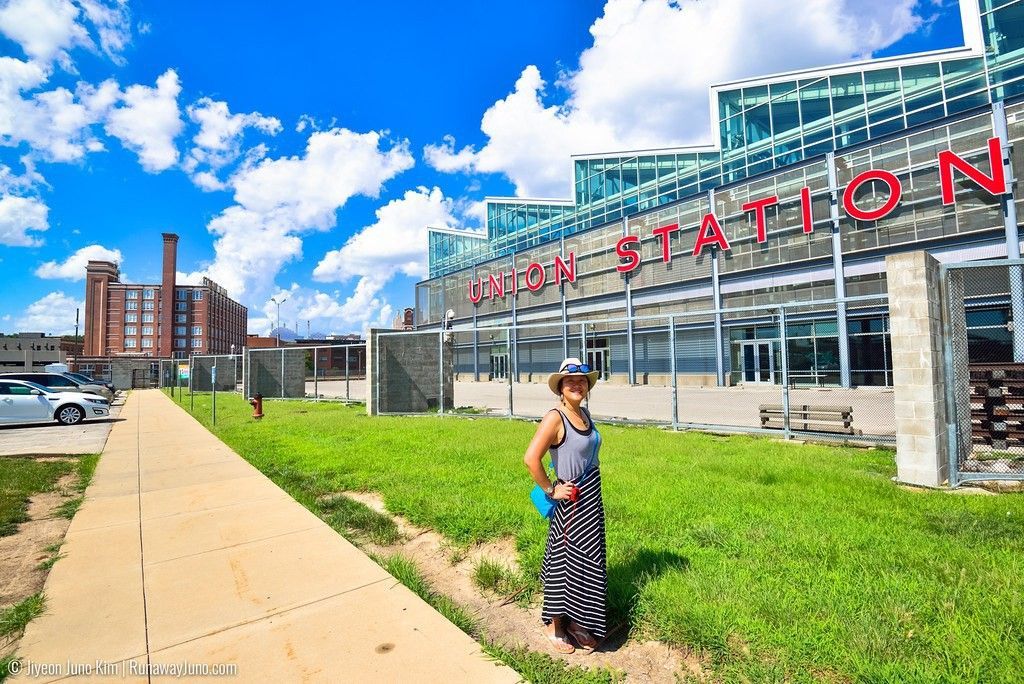 Who knew that Kansas City Union Station is this much fun?

Kansas City Union Station was built in 1914. It played an important role through out the history. During the World War II, almost one million travelers (including soldiers) passed through the Station. Once it was the nation’s largest Railway Express Building. But the history wasn’t always glorious. It was closed in the 1980s and very much neglected. Then in 1966, it was decided to renovate the Station and completed to the look of today in 1999. The first thing you’d notice is the high ceiling. The Grand Hall’s 95-foot ceiling has three 3,500 pound chandeliers and and 6-foot side clock hanging in the central arch is awe inspiring. This is why the Station is called an architectural masterpiece.

Union Station is now home to many different places. An interactive science center Science City holds a permanent exhibit called the KC Rail Experience, exhibit spaces for traveling exhibits produced by the Smithsonian, National Geographic, and other international organizers. There is also a planetarium, giant-screen movies, theater, and the Model Railroad Experience, it’s a free exhibition that features toy trains in 8,000 square feet.

When you are finished with the tour of the Station, cross the street and head up to the National World War I Museum and Memorial. This is the only public museum dedicated to WWI. It’s a pleasant walk up to the hill, which provides a great view of the Station and Kansas City.

Traveling in the US can be difficult if you are not a fan of driving for long-hours. Look at the map; the USA is huge! For you, there is a solution. Check out in GoTicket, which is a new platform to search for bus and train tickets between over than 90,000 routes in US. And if you want to visit this attraction in Kansas in GoTicket you can find multiples alternatives to travel by bus or train. I will try next time when I’m in the US for sure.