The Day I Saw the Northern Lights in Anchorage, Alaska

How many times aurora chasing is too many?

I had a good feeling about this. There was this tingling feeling in my belly. The nights had been clear for last few days. Here and there I heard other people talking about it. So finally, I went out to chase the northern lights in Anchorage, Alaska.

I met Dan several years ago when I was in Alaska for #WinterAlaska campaign. We only spent a short afternoon together snowshoeing in Hatcher Pass, but his personality and love of outdoors made me follow his adventures over the years. He always takes amazing photos of Alaska, especially in winter. Chasing the aurora is one of his many specialties, so I asked him to lead me to this adventure this particular evening. My friend Jen and I drove 20 minutes out of Anchorage to meet Dan at the parking lot of Fred Myers in Eagle River.

The sky was clear but we were all at the mercy of the solar flares. The forecast was pretty positive but you never know when or where it could burst. First, we went to the Beach Lake, hoping to capture the light and reflection. Wouldn’t it be great to capture the reflection of the green streak? Shortly after we pulled into a small road, there was a big flare. We stopped the car right near the railway track and watched the sky turning white and green on the horizon. This was a great indication of a successful outing to come. When we got to Beach Lake at 10pm, there were already several people with their tripods set up. We were all wishing for one thing that night. 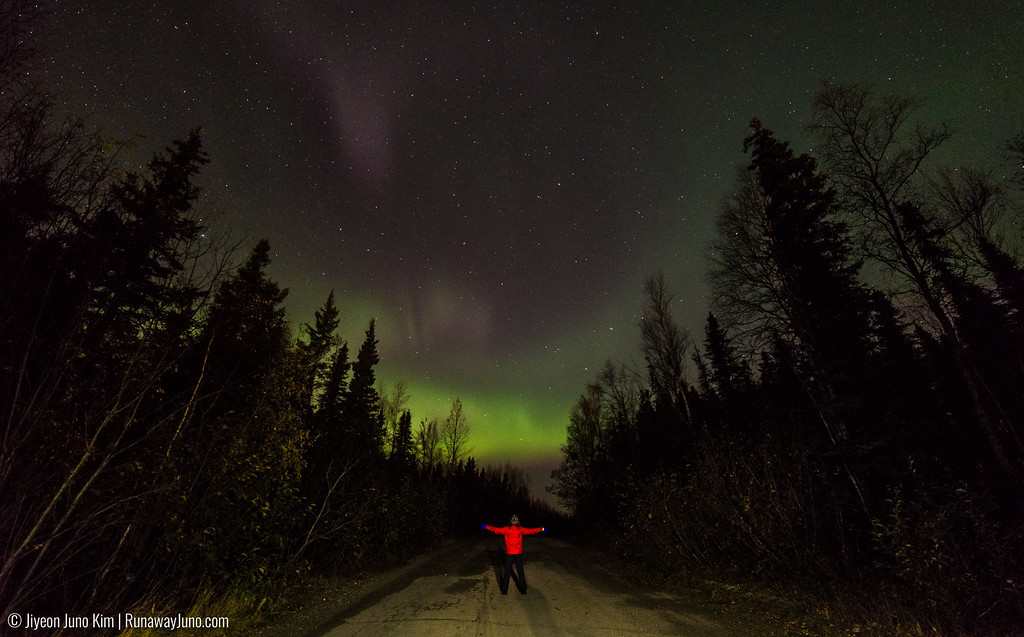 It’s a game of patience

Chasing the aurora is a testament to patience. It’s completely out of our ability to control. All we can do is just sit, wait, and hopefully we’ll still be up when the light appears. So we sat and waited. The whole sky was buzzing that night. Flickering lights illuminated the dark winter night of Anchorage. The sky was definitely ready to present some big shows.

After spending two hours at Beach Lake, we moved on to one of Dan’s favorite spots, Eklutna Tailrace. The whole sky was still buzzing with soft lights but the explosions we were expecting hadn’t happened yet. So we started heading back. I felt like we went to a movie but only saw a preview. 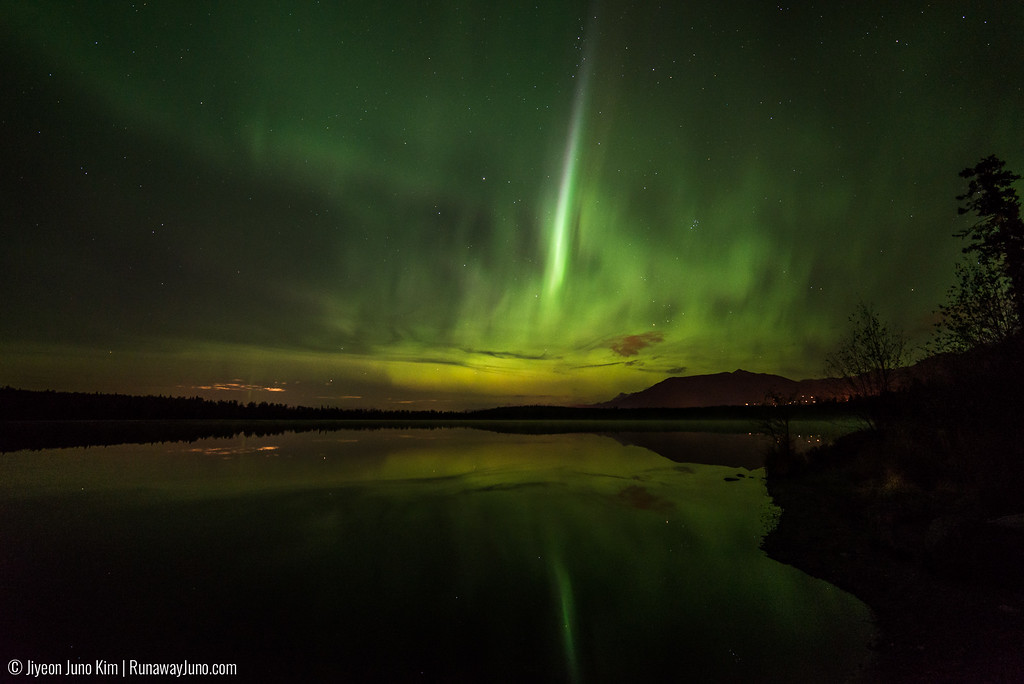 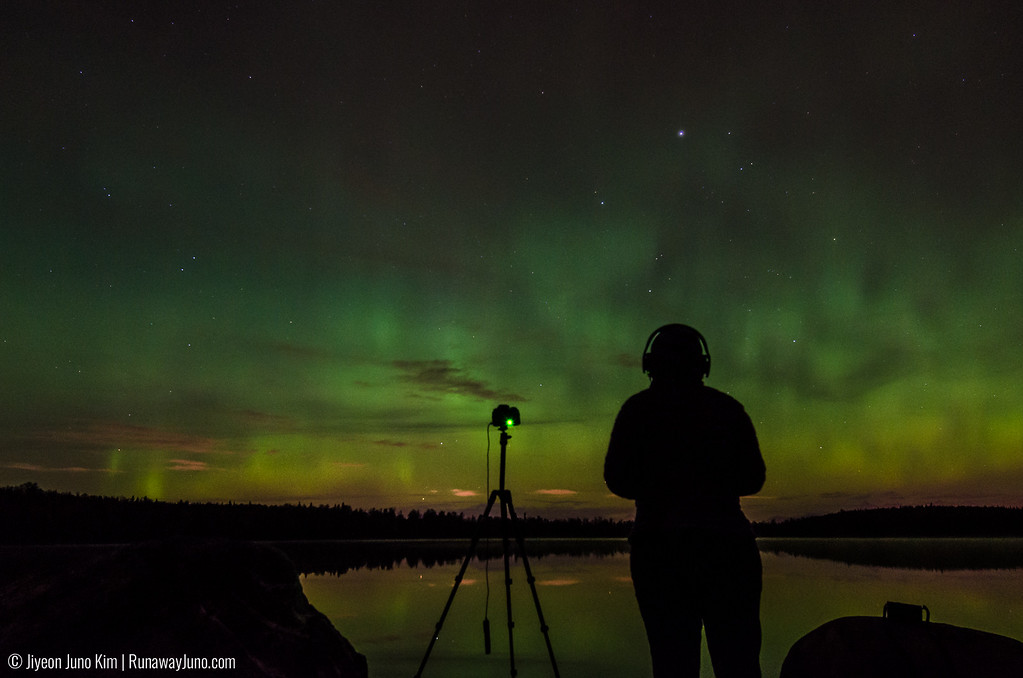 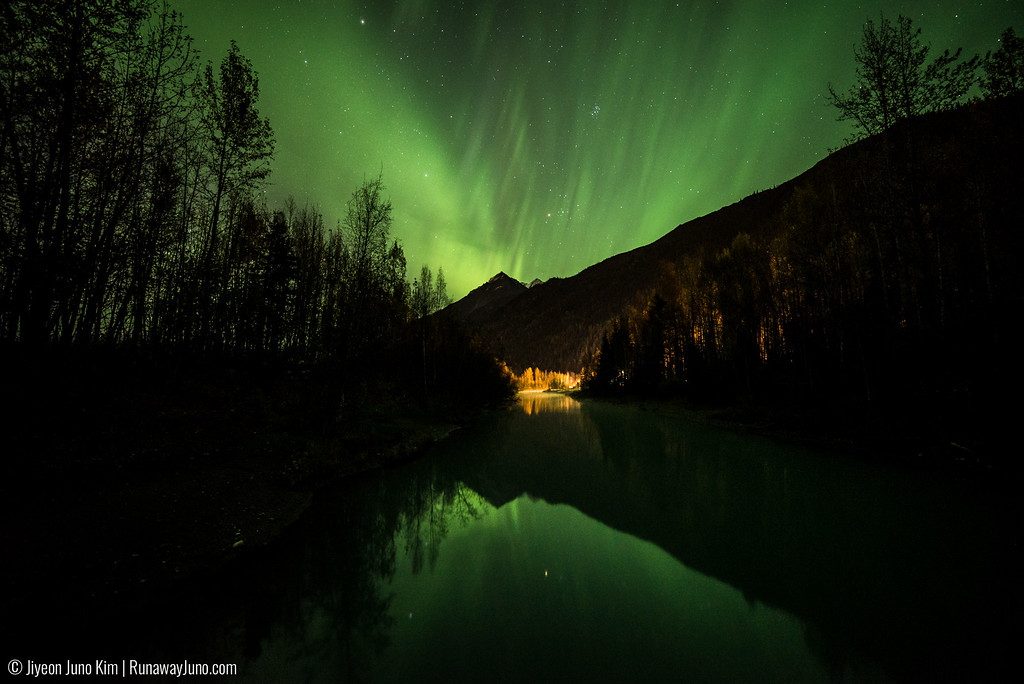 People say really big aurora activity makes a shushing sound. Although I’ve never experienced this during my several times northern lights hunting in Iceland, Finland, Norway, and Alaska. But this day, I felt like I heard something. Maybe I was making things up in my head but it was quite dramatic. The right place at the right time was at that precise moment. The sky just burst open with lights when we were driving on the highway. We pulled into one of the first dark streets, parked the car, and ran out with our camera gear. I set up my tripod as fast as I could. My heart started thumping really loudly. For a good thirty minutes, the sky presented its best show. I’ve seen exploding lights but not as fast, or as long, or as bright as this. 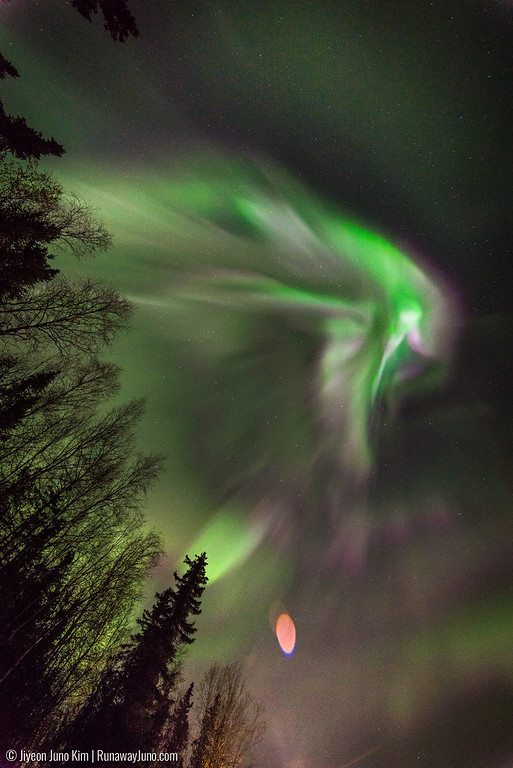 Aurora hunting will go on…

When I wrote about my first northern lights experience The Day I Saw the Northern Lights in Iceland, I was sure it was just a once in a lifetime experience. I mean, who could be so fortunate to do this again? I didn’t know that I would be traveling to the Nordic and Arctic regions over and over again in the near future. I’m sure seeing the northern lights will be a continuously occurring event in my life. My passion for the Arctic will lead me to live and travel to those places where the aurora comes out at night. But it doesn’t mean that it’s taking any awe factor away. On the contrary, I’m even more amazed and grateful for the world we live. 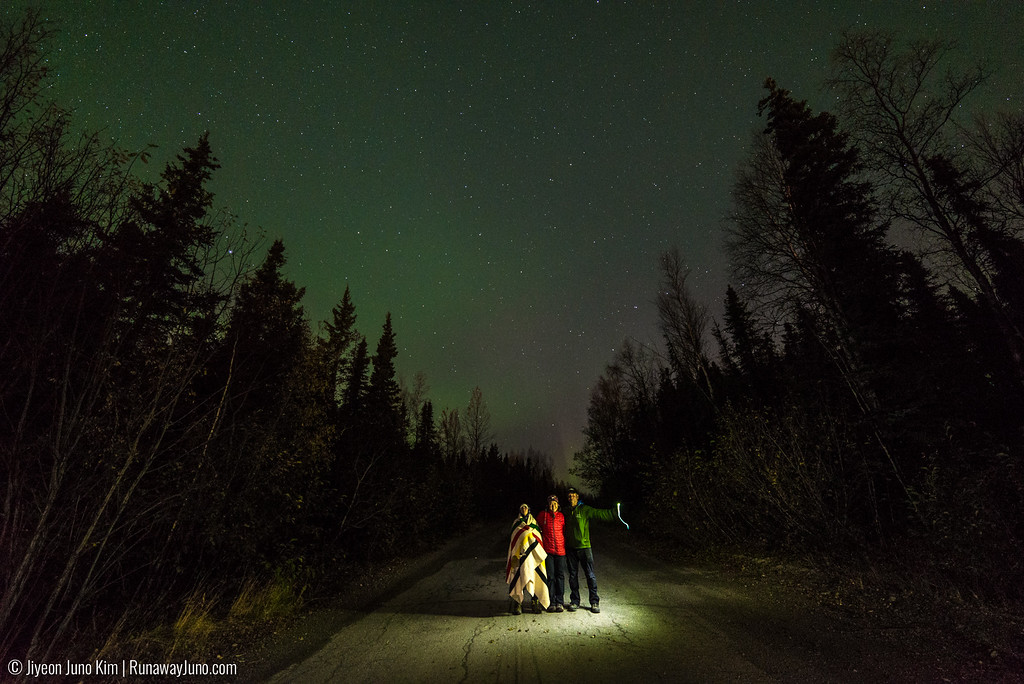 2 thoughts on “The Day I Saw the Northern Lights in Anchorage, Alaska”