Looking for things to do in Anchorage? How about Prince William Sound?

“What does ’sound’ mean in Prince William Sound?” was my first question on the way to Prince William Sound. What about Milford Sound in New Zealand? Is there any relation between the two? I guess I never questioned this when I was traveling in New Zealand. My travel companion Dave and Dan explained that a sound was a larger area of an ocean than a fjord and that the water is usually calmer. “So, just like ’safe and sound’?” I said. “Exactly!”

A sound is a large sea larger than a bay, deeper than a bight, and wider than a fjord. Prince William Sound is a sound east of Kenai Peninsula in the Gulf of Alaska. James Cook entered here in 1778 and named it Sandwich Sound after his patron the Earl of Sandwich. After, the Sound was named to honor Prince William Henry who was 13 and serving in the Royal Navy. 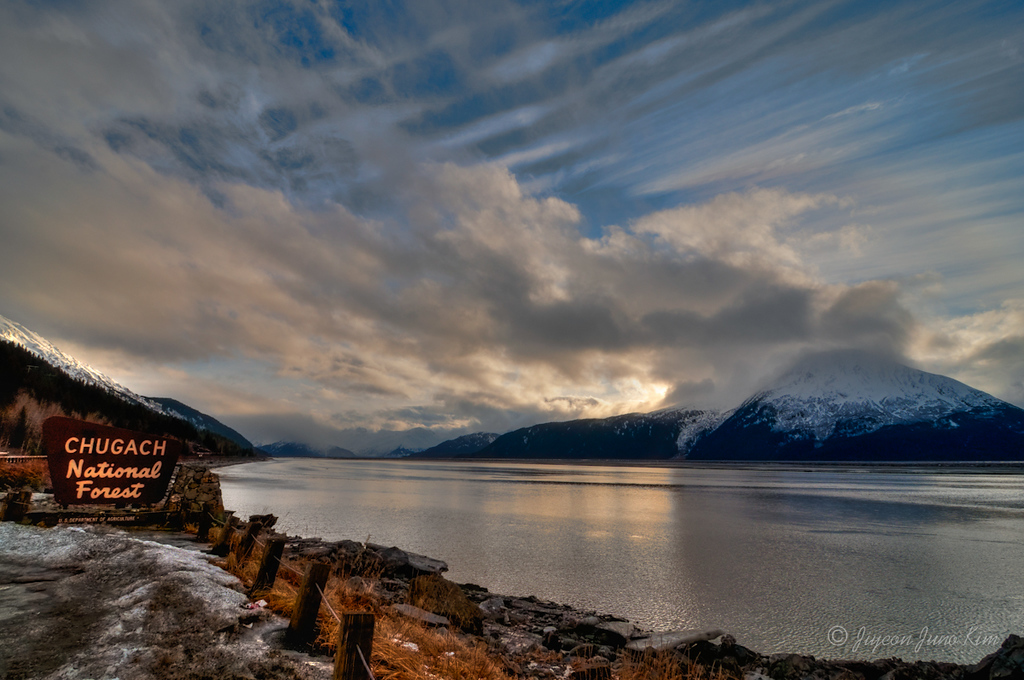 It’s all about the journey, you say: The Most Scenic Drive in the World, Beluga Whales, and the Longest Highway Tunnel in North America

A cruise to Prince William Sound starts with a beautiful drive from Anchorage to Whittier along Turnagain Arm on the Seward highway, which was named as one of the most scenic drives in the world. Especially this time of year, the mountains are showing off their yellow and brown watercolor-painting-like outfit. The tops of the Chugach Mountains were coated with fresh snow called ‘Termination Dust’. If that wasn’t special enough, we drove past the two white spots that belonged to Beluga Whales (that’s all you’ll see, I’ve heard).

To get on a boat in Whittier, we had to go through another unique Alaskan attraction, the longest highway tunnel in North America, Anton Anderson Memorial Tunnel. This one-lane tunnel is shared by cars and trains traveling in both directions, which means cars travel directly over the railroad track. We arrived just in time for the 10:30am opening for our 11am boat departure. The gate opened 10:30am sharp and took us about 12 minutes to go through. The engineer side of me was intrigued by the construction of this tunnel. It was designed for -40 Fahrenheit temperature and 150 mph winds! 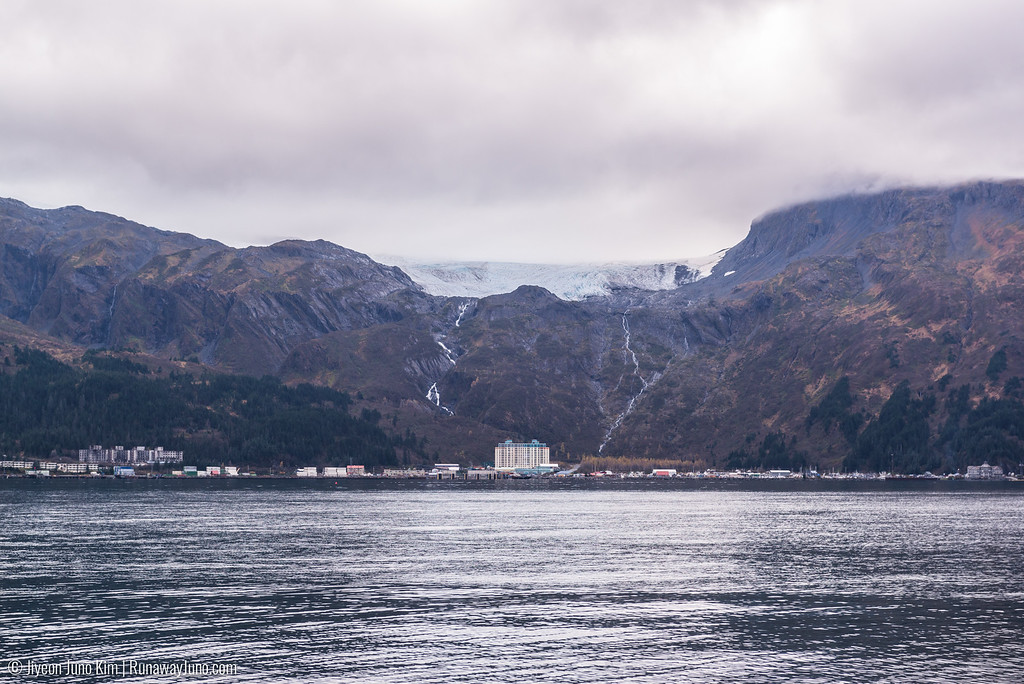 We got on our private charter boat with Lazy Otter Charters. The cloudy weather created a more dramatic atmosphere against the mountains and glaciers. With our captain Tom, the boat and 12 passengers headed out to Prince William Sound. The waters here are usually calm; tours are seldom canceled due to weather. Our boat ride was described as ‘a bit rough’ even though there was hardly any movement. The calm water condition also makes it easier for the trip on rainy days because the water is calm and rain makes waterfalls more spectacular.

Prince William Sound is a great place to experience what Alaska offers. The Sound has the densest concentration of tidewater glaciers in the world and there is plenty of wildlife including bald eagles, seabirds, otters, harbor seals, and occasionally whales. We started the cruise with classic Alaskan scenery: a bald eagle sitting on a tree by the water. Soon we headed down to one, two, or three, oh no, maybe four glaciers. They weren’t kidding about the number of glaciers here. The panoramic view of the glaciers was quite unique but also very Alaskan. The boat sailed through floating ice and approached the sheer cliff wall of ice. Three harbor seals were enjoying the afternoon sun on the block of glacial ice. It was an overwhelming experience, looking at this massive block of a glacier that has been standing here for more than 10,000 years. Scenes from Chasing Ice and Global Warming facts passed through my brain but soon I shook them away to concentrate on the present.

This is panorama of Beloit Glacier.

This is Blackstone Glacier, which probably doesn’t have the best origin of names. It was named after a miner who disappeared in a snowstorm while carrying mail from Cook Inlet to Whittier in 1896. His brother found only the mail packet while searching for Blackstone. 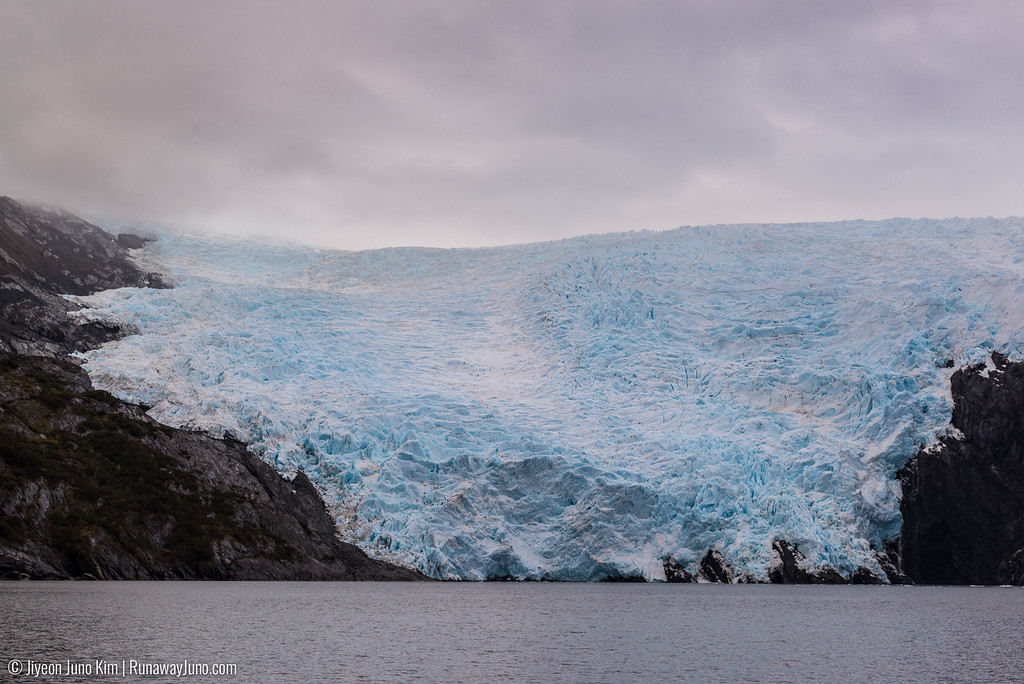 Captain Tom let us on a beach to walk closer to the Lawrence Glacier. The thing about glacier hiking is that it always looks so much closer than the actual distance. I think that’s because of the white/blue color of ice gives a mirage. We had 20 minutes but I I could only get to the bottom edge of the glacier. The glacial waterfall full of glacial silk was also a great site to see. But the craziest thing happened; we saw a black bear walking on the glacier! Kelly from Lazy Otter said she never saw a bear crossing a glacier during all these years of her business. 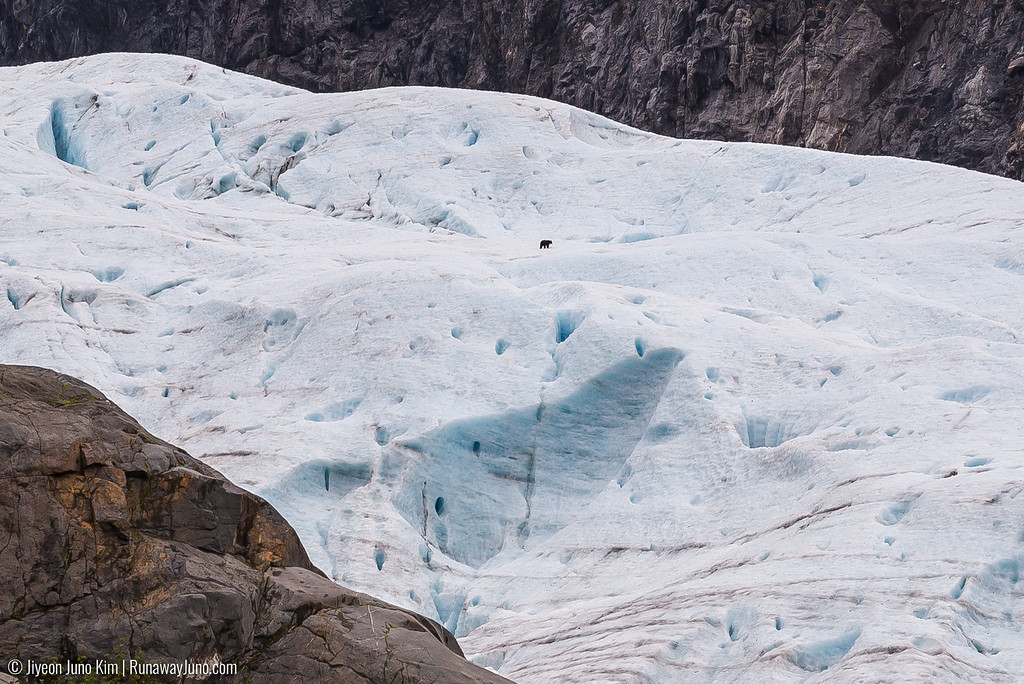 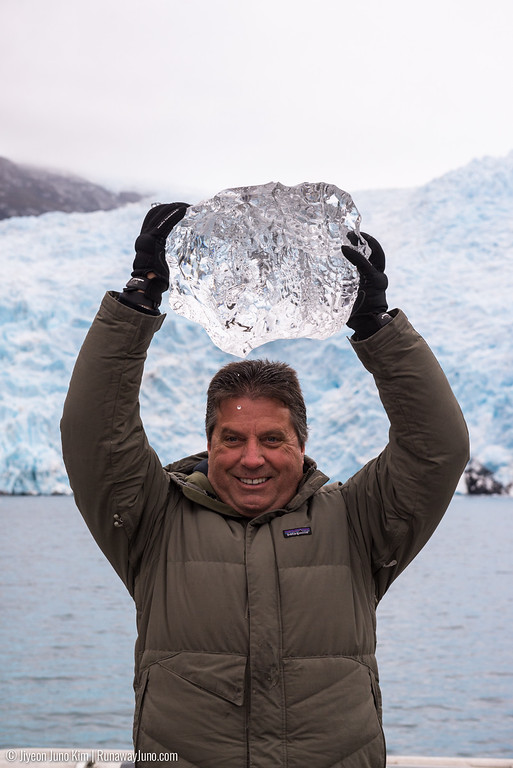 We arrived back to Whittier just in time to meet the tunnel schedule. The scenery around the area seemed more intimate after spending a few hours within.

This afternoon’s excursion made me feel like I’m one step closer to the heart of Alaska. Every part of this day’s activity was worth making a separate trip: spotting Beluga Whales, the Seward Highway road trip, Prince William Sound cruise, glacier walking, wildlife viewing, and so on. It’s hard to believe that all of these happened on the same day. But, that’s just Alaska for you. It’s the land of big wildlife, where we go big and be bold. In Alaska, your wildest imaginations come true.

##Fun Fact: “safe and sound” means unharmed, free from injury. It is a maritime term originating from the days of sailing. Whenever a ship returned from a voyage overseas, if all the crew were ‘safe’ it means none had been injured or lost, and the ship was ‘sound’ if it had not suffered serious damage. I’m not sure if the geographic term ‘sound’ is related to this phrase or not. 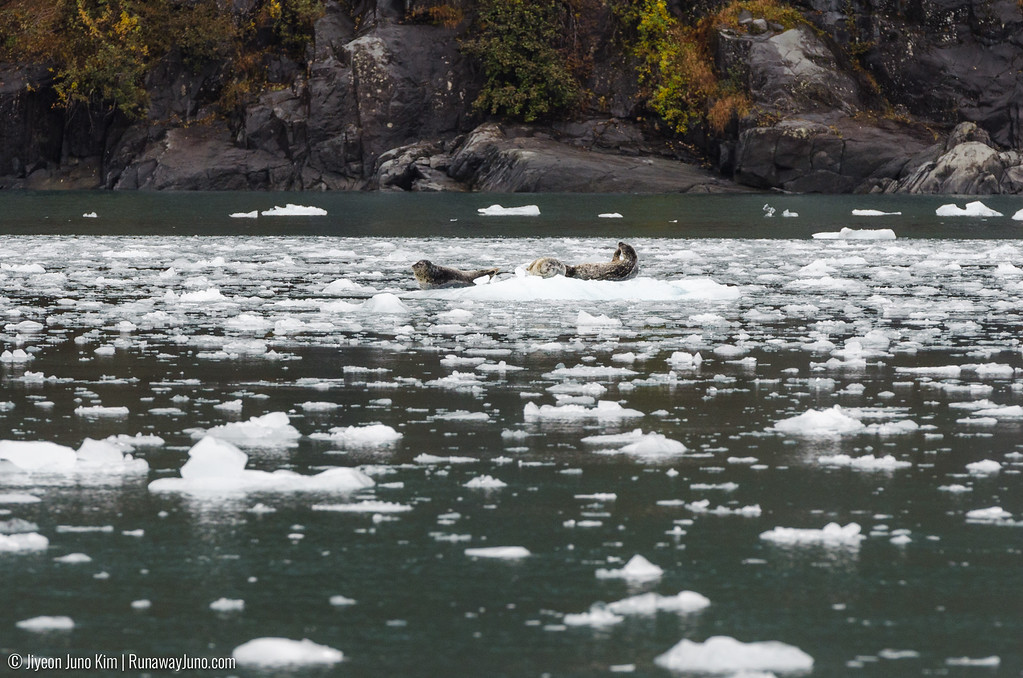 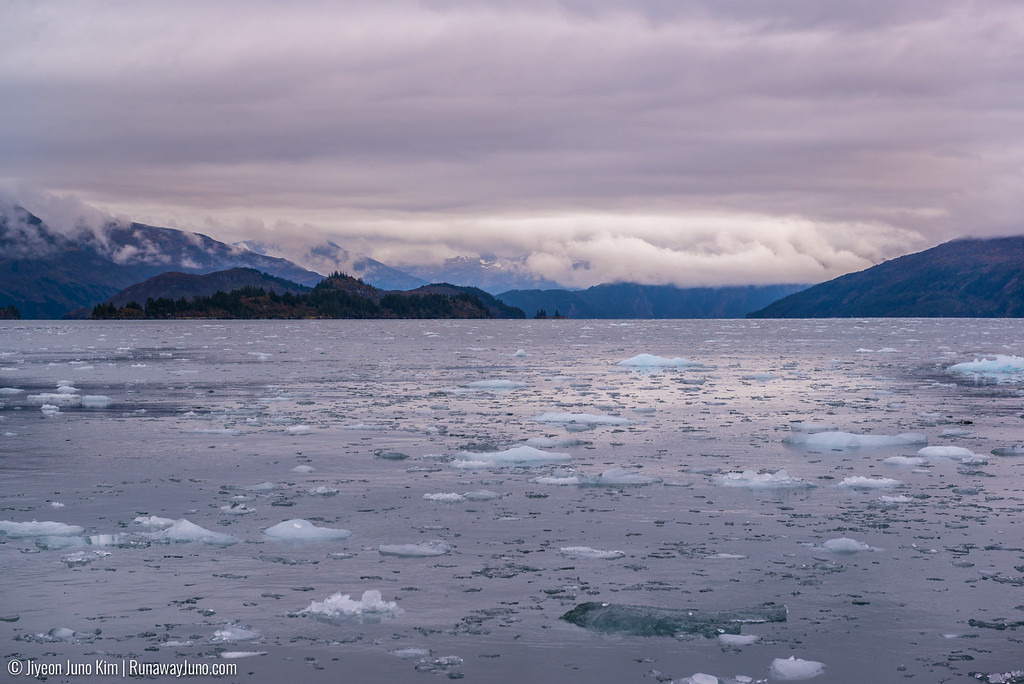