Runaway Photo: What You Can Do in Bodh Gaya, India 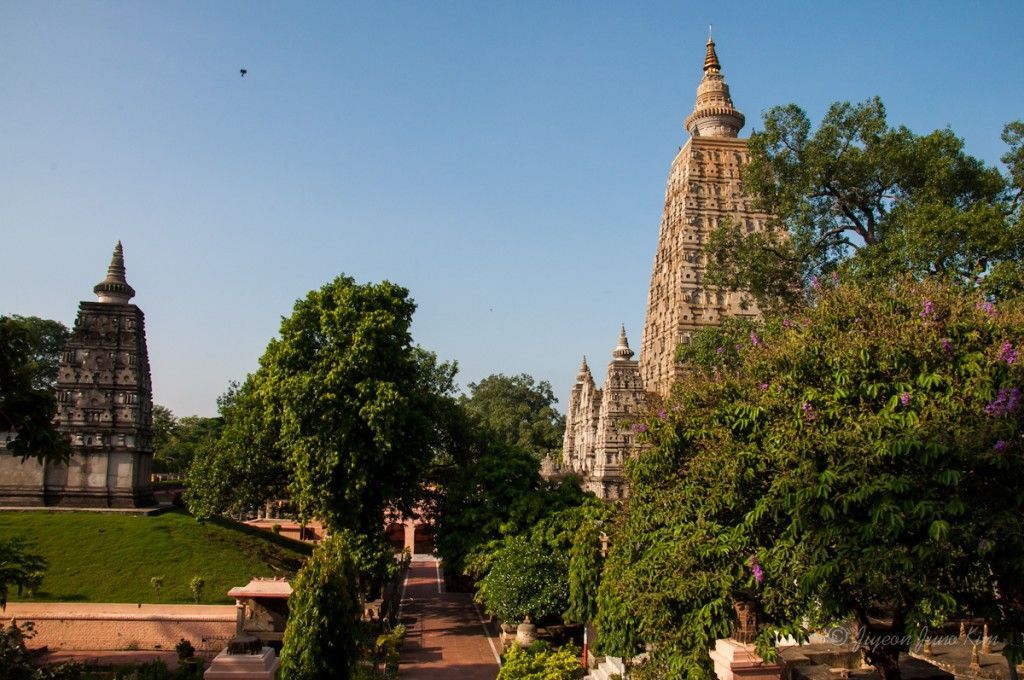 Bodh Gaya and Around: the Road (very) Less Traveled

I came to India because, well, it’s India. The country that is different than any other place in the world. I didn’t have any strong feeling about destinations but Bodh Gaya. This is where Buddha became Buddha (it means the enlightened one), and the origin place of Buddhism. Because I grew up closely with Buddhism, and admire their teachings, I wanted to see the place where it all began. Also, the guidebook described it as a peaceful small town (which is not so easy to find in India). After a long journey through Varanasi and Kolkata, we finally arrived to walk on where Buddha did.

Tracing the Buddha’s Footsteps at the Mahabodhi Temple

It was only two days after the bombing attack in the main temple in Bodh Gaya. No one was injured, thankfully, but the security level went up high. The Mahabodhi Temple, where the Buddha gained the enlightenment, was under  heavy security (hence, no photo inside of the temple). Go see where ruin of the Bohdi (peepul) tree, where Buddha sat down for meditating for weeks, sit under the holy Bohdi tree, and meet the pilgrims from from around the world. The place was quite modest, considering this is where the Buddhism started.

What can you do in Bodh Gaya? Well, that’s about it. There are many more temples and monasteries, but it’s more for the real pilgrims, rather than tourists.

A Day Trip to Rajgir and Nalanda

We scheduled to be here for two days, but had to stay one extra day due to the difficulty of booking train tickets. We decided to go on a day trip around Bodh Gaya. Rajgir region has a few tourist attractions (usually popular to Indian tourists). Nalanda was the center of higher learning in Bihar. You can see the structures of learning rooms, and where monks used to live. It was not as exciting as, well, any other place in the world, but we had fun exploring the road very-less traveled.

5 thoughts on “Runaway Photo: What You Can Do in Bodh Gaya, India”