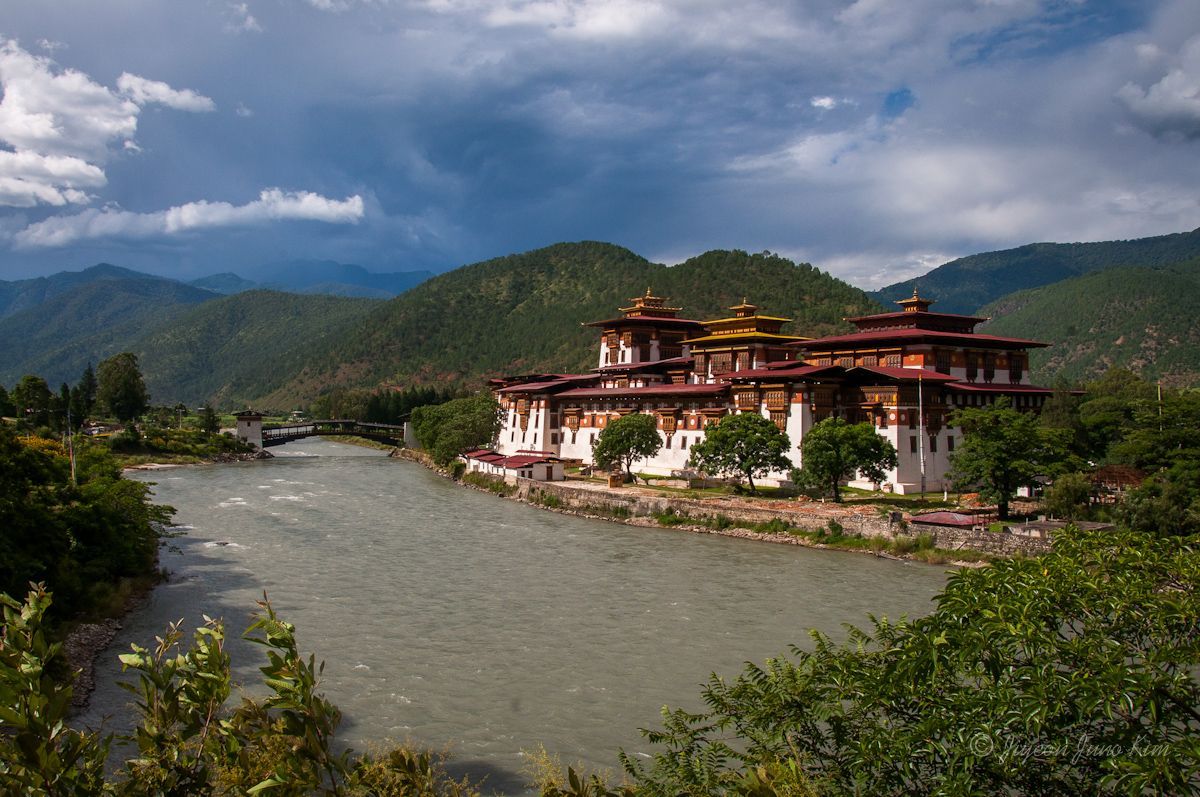 The Queen of all the dzongs, Punakha Dzong, is well known for its beauty. If you have time to visit only one dzong in Bhutan, you should visit Punakha. The Bhutanese went all out when they built this dzong in the late 1630′s. It’s the second oldest and also the second largest dzong in Bhutan and its full name (Pungtang Dechen Photrang Dzong) means “the palace of great happiness or bliss.” I could feel the bliss from its stunning landscape. Located at the confluence of the Pho Chhu (father) and Mo Chuu (other) rivers in the Punakha–Wangdue valley, it creates a majestic vista. It was the administrative center of Bhutan until 1955 when the capital was moved to Thimphu. The Pho Chhu River flows from northern Bhutan and Tibet, the glacier is the source of Mo Chhu. Damaged by four catastrophic fires and an earthquake, it has been fully restored by the present King. Because the weather in Punakha is warmer than in the capital, Thimphu, it is the winter home to the head abbot of the country.

This is Punakha Dzong.

Punakha Dzong from across the river

It is beautifully located

A cat at the Punakha Dzong

Details of the buildings

Details of the buildings

A bridge next to the dzong