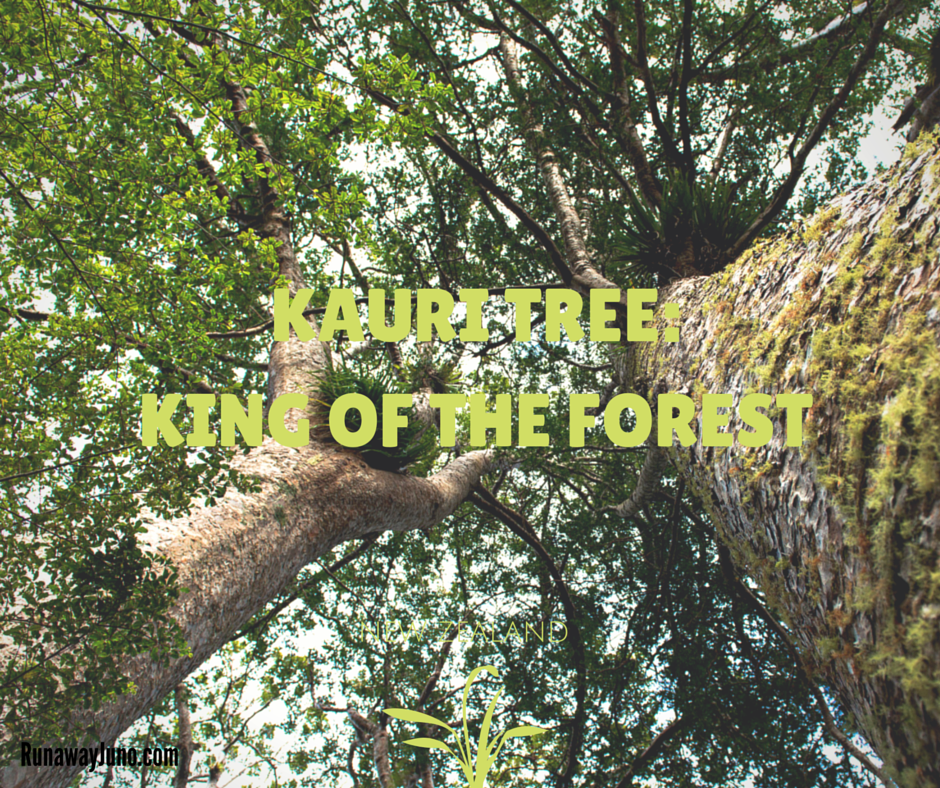 You know, sometimes the energy of life is so powerful you can feel it by being there? That’s how it was like seeing a kauri tree.

Agates australis, more affectionally known as kauri tree is New Zealand’s largest and most famous native tree. It only grows in the subtropical northern part of the North island. Kauri forests once covered 1.2 million hectare from the Far North of Northland to Te Kauri, near Kawhia and were common when the first people arrived around 1,000 years ago. Maori used kauri timber for boat building, carving and building houses. The gum was used as a fire starter and for chewing (after it had been soaked in water and mixed with the milk of the puha plant). Unfortunately, more forest was cleared as demand for farmland and timber increased in the early and mid 20th century.

There has been calls for a national park to gather all the remnants of kauri forest. Kauri tree grows extremely slow, which is why the trunk is sturdy for building. Kauri forests are home to many other trees and plants including taraire, kohekohe, towai, Kirk’s pine, toatoa, tanekaha and rata, and a diverse under-story of shrubs and other plants. In fact, because kauri live so long and their leaves are high in tannin, they modify the soil they live on, and create specialized habitats such as gumlands.

The Waipoua forests of Northland were at first saved from destruction by their remoteness. Public pressure for total protection increased after the turn of the century, although in the 1940s kauri was logged for wartime boat building supplies. Waipoua is home to Tane Mahuta, king of the forest and the largest remaining kauri tree in the country. The 1,500 year old Tane Mahuta is 51.5 m tall, with a girth of 13.77 m. In 1952 the 9,105 hectare Waipoua Sanctuary was finally declared, with all remaining kauri forests in Crown lands coming under the protection of the Department of Conservation by 1987. Kauri trees on private land are now also largely protected.

We had an opportunity to visit some of the oldest kauri trees in Coromandel Peninsula and Waipoua forest. Thanks to the preservation effort, kauri tree are now growing slow in peace. While in Coromandel Peninsula, we went to Waiau Falls and Kauri Grove Lookout. This is the most accessible and mature kauri stand on the Peninsula. We could see the straight and thick trunk from afar. We went a bit closer. The energy from the tree was so strong, we just sat in silence and watched the mighty tree. That’s why always the wise man character in a fantasy novel is an old tree. In a short distance, there was a ‘siamese’ kauri tree.

We also visited Waipoua forests on the way down from Opononi, north of Auckland. It’s home to Tane Mahuta, king of the forest and the largest remaining kauri tree in the country. The 1,500 year old Tane Mahuta is 51.5 m tall, with a girth of 13.77 m.

Because Kauri dieback disease is killing the tree, remember to clean our shoes before enter the reserve. The disease spread by soil: a) Stay away from kauri tree roots, b) Clean your gear before and after visiting kauri forest.