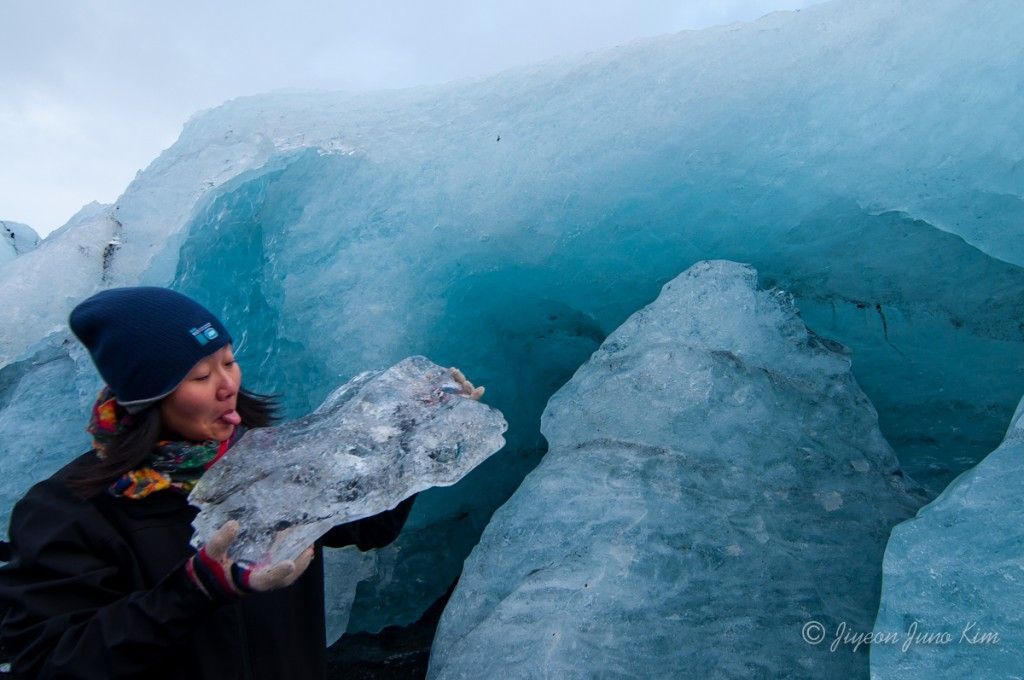 Today, I’ll take you to the south coast of Iceland.

I already explained why I loved the winter in Iceland so much. One sunny day (but the weather changed about five times that day. Typical Icelandic weather.) we drove down to south coast. We already have been this part of the island when we were here in August, but the weather was not on our side. We saw some part of the sceneries during the short window when the rain stopped for a few minutes but not too much. I’m really glad I took this trip this time in winter. The light was perfect ( like I mentioned in the post: Why Iceland is better in Winter), weather was mostly great and we got to see some snow!

Here is the route we took:

The first stop was The Seljalandsfoss waterfall. Actually I visited this waterfall in the summer and this was one of the most impressive waterfalls I’ve ever seen so far. Waterfalls are so overrated in most of the places in the world (especially in Southeast Asia, for somehow) but waterfalls in Iceland are different.

If you want to see view of Seaside cliffs on the south coast, visit cape Dyrhólaey. But remember not to stand so close to the edge of the cliff; the wind is strong enough to push you out from the cliff. But the view was worth it!

The photogenic waterfall of  Skógafoss was our next stop after lunch. Gunnar said this particular waterfall was good to visit at certain time to see the rainbow. The sun was right behind us after lunch, and it made the perfect rainbow just like he said.

This 400 year-old glacier allows you to approach closer, touch and feel them. Just like any other glaciers in the world, the ice in Iceland are shrinking. Gunnar said the parking lot we walked passed used to be covered by the glacier. If you want to know more about the differences of the glaciers by the climate change, check out ‘Chasing Ice’ documentary.

The folk museum at Skógar

We headed to the folk museum where you can see how the life of Icelanders changed. The museum was opened in 1949, and has outside and inside exhibits. You can walk around the traditional Icelandic house in the backyard of the museum, and see all the collections inside. The museum has been the responsibility of one man, Thordur Tomasson (28/4 1921). He started the collection of the artefacts and houses of the open-air museum and has not stopped yet. He still shows people around the museum.

# I was a guest of Sterna during the South coast and Volcano tour. However, all the contents are reflecting my own opinion, not Sterna’s.