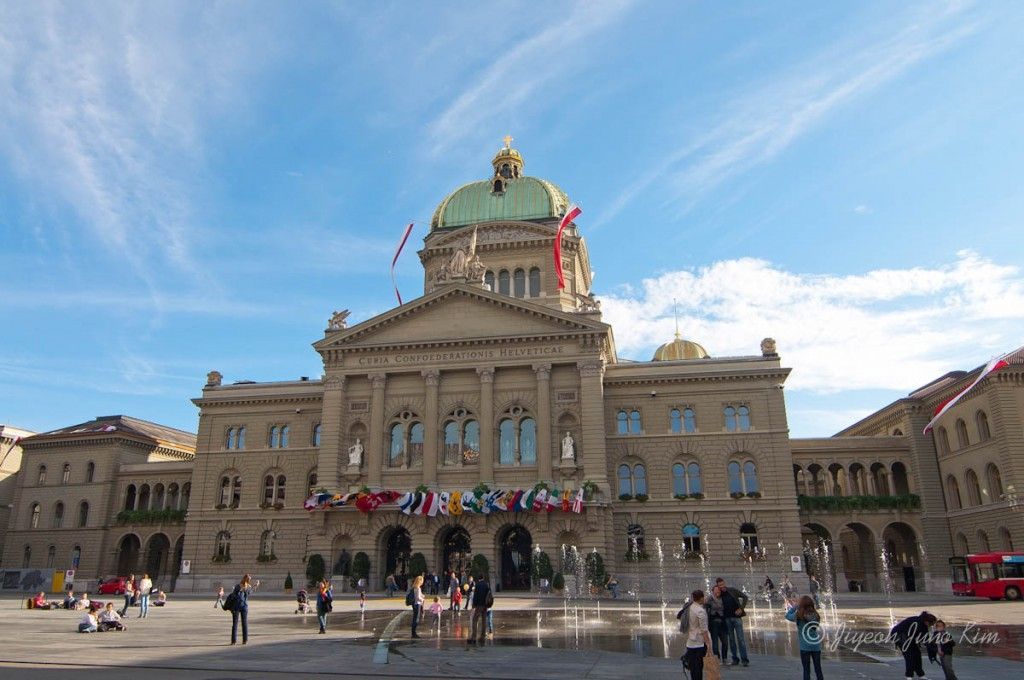 What do you know about Bern, Switzerland?

Bern, where Einstein spent two years of his life before he started his career as a theoretical physicist, is a small and somewhat very typical European city. This city has been named one of the top ten cities for the best quality of life, and it’s not hard to see why. The strange thing was, Bern didn’t really seem like an ordinary European capitals as I was getting to know the place. There was nothing ‘grand’ about it. It was really beautiful but it wasn’t charismatic compared to other capital cities like Paris or Rome. Yet, I really-really liked this place. There was no Eiffel Tower of Colosseum, but Bern is definitely one of my favourite places in Europe.

The view was stunning. The Aare River is flowing around Bern, and creating a beautiful scenery. The bears, hanging out on the riverside, are the symbolism of the city of Bern. The origin of the name, Bern, is uncertain, but the founder of city of Bern vowed to name the city after the first animal he met on the hunt, and that turned out to be a bear. Bear is the animal of the coat of arms of Bern from the 1220s.

It was quite fun to visiting the eleven Renaissance allegorical statues. All of these, except one, are currently working 16th century fountains. If you don’t have time to visit all eleven of them, make sure to see Kindlifresserbrunnen (Child Eater Fountain, Ogre Fountain), which is clamed to represent the Greek god Chronos that scares disobedient children.

Einstein’s house (Einsteinhaus) is open to visitors. It was an honor for me to see the house once belong to one of the most brilliant minds in Science.

The astronomical clock tower (Zytglogge) was a surprise. Nothing special, it begins with a song a few minutes before the hour. On the hour, bears and king get into the show. It last for a few minutes.

Bern was calm, lovely and modest. I was pleasantly surprised by how charming this place was. It is my kind of city.