Only Capital without McDonald: Montpelier, Vermont 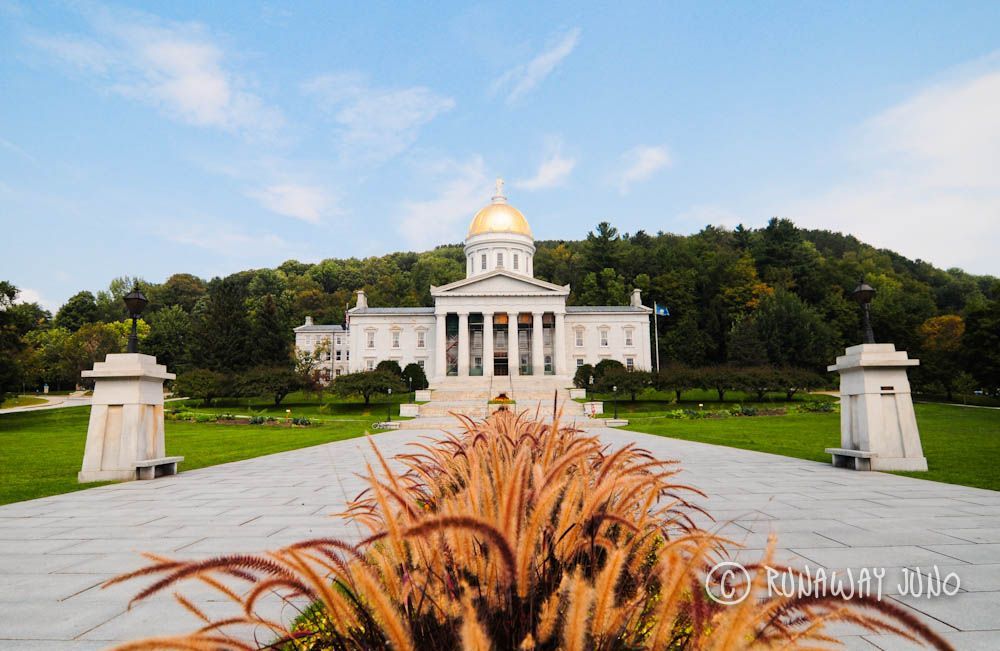 “Did you know, Montpelier is the only capital without McDonald?”

“AND! Did you know, there’s no Walmart in Montpelier?”

Mr.Myers, a nice gentleman who I met in Warren General store, said proudly. He just bought a same scarf that I picked up from the store, and said “I think we boys can work with the purple!” while wearing the purple scarf around his neck. We met Mr.Myers on the way to Breadloaf Wilderness for two days of hiking in the Green Mountains. The roads were blocked due to hurricane Irene, and Mr.Myers kindly guided us through his town to avoid the damaged road.

Two days later, we headed to Montpelier, where there is nether Walmart nor McDonald, according to  our friend, Mr.Myers. He was right, Montpelier was not only doesn’t have McDonald, it was a small and charming town. If we weren’t in a hurry to go Harpoon brewery tour in Windsor, VT, I would love to spend more time in Montpelier. I visited few old book stores, local clothes shops, souvenir shops and walked small streets around the town. 7 thoughts on “Only Capital without McDonald: Montpelier, Vermont”