Celebrate the New Rijksmuseum This Spring 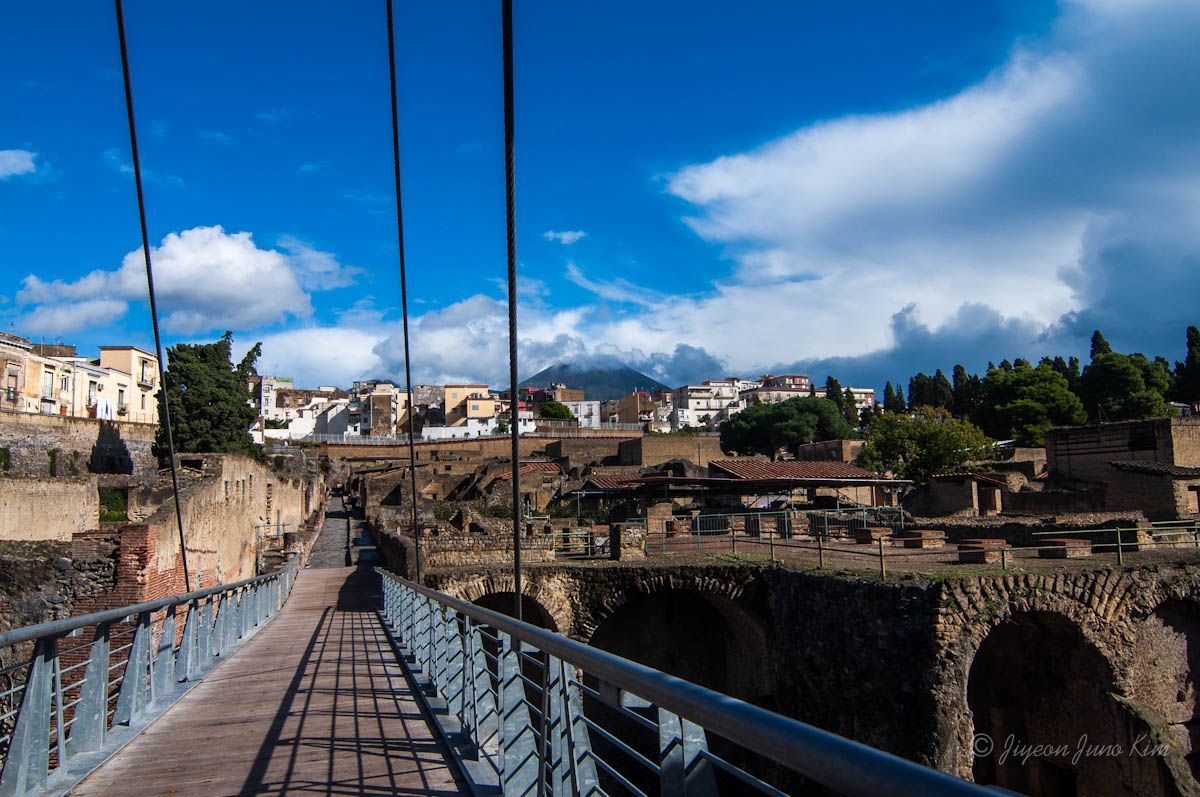 In 79 A.D., the majestic Mount Vesuvius spout hot pyroclastic materials into the air. The whole region of Campania, where the volcano was located, was disappeared from the surface, completely. It was so hot, so fast; people couldn’t get out from the disaster. Herculaneum is one of the lost cities along with the famous ancient city, Pompeii. However, because Herculaneum’s burial was deeper than Pompeii, the building’s original splendor was protected much better, and even food.

Can’t beat this view really, can you?

To understand better about the background and history, I recommend visiting the National Archeological Museum in Naples before visiting Herculaneum. Here you can see the artifacts from both Pompeii and Herculaneum. The artifacts were found in Campania region during the discovery and moved to this museum. A number of artifacts and the quality amazed me. Once again, I thought about my travel purpose. These people lived here more than 2,000 years ago, but amazingly they thought as similar as we do in the 21st century. They had markets to buy and sell food, there was scholars, architects, and army, and they cared about art. The world’s oldest profession existed back then. They used letters, numbers, drawings and money to communicate. Human life wasn’t so different 2,000 years ago.

Herculaneum is famous for the well-preserved ruins. If I didn’t know the history, I wouldn’t have thought this was the city built more than two thousand years ago. The amazing thing was, how the life here were similar to ours. The feeling was stronger than when I was at the museum. The cobblestone street I was walking on were as old as Jesus. The fresco artwork resembled the ones I saw in churches in Europe. The columns were standing tall, public bath house could be open for business, and the detail of mosaics was outstanding. It’s hard to believe all of these were buried under the ash for all these years.

#How to get there: the best way to get to Herculaneum is by Circumvesuviana train from Naples (Corso Garibaldi and Piazza Garibaldi Stations). The line to Ercolano(Herculaneum) goes from Naples to Sorrento. It takes about 20 minutes from Naples.

#Transportation in Naples: Tram N° 1 will be your best friend. It goes all the major places in the city, including train stations and cruise terminal. The tram makes a stop both at Corso Garibaldi and Piazza Garibaldi. Both stations are only a few hundred meters apart.

#Pompeii or Herculaneum?: I didn’t go to Pompeii, but I’ve been told that a lot of people prefer Herculaneum to Pompeii as it’s a much more compact site and has significantly fewer visitors. I was extremely satisfied with our trip to Herculaneum because practically we were alone. But it’s possible to visit both in one day using a combined ticket and the local train connects both sites.

Artifacts at the National Archeological Museum in Naples

This is how they made colors

Examples of the buildings at both sites. Seashells were commonly used.

Photos of the Ruins of Herculaneum

Mosaic of Poseidon at Herculaneum

Fresco at a public bath house in Herculaneum The View of Mount Vesuvius from Herculaneum