A Squirrel’s-Eye View of Capilano River

One of Vancouver’s iconic landmarks, Capilano Suspension Bridge in North Vancouver is a place that triggers childhood memories. The wobbly suspension bridge, treetop canopies, labyrinth-like cliff walk make us feel like being a kid again. The nicely installed facilities allow us to appreciate nature from three breathtaking perspectives. History, culture, and nature are presented in unique ways with interpretive signs, starting with a Story Centre in the entrance of the park. There are three main parts in the park: the suspension bridge, Treetop Adventures, and the Cliffwalk.

The bridge has had a complex history since its creation. The name came from a First Nations name, a great chief of Squamish Nation Kia’palano, meaning “beautiful river”. The Bridge was built in 1889 by George Grant Mackay, a Scottish civil engineer and land developer. The bridge and Mackay’s cabin became a popular destination for adventurous friends. It was originally built with hemp ropes but replaced with a wire cable in 1903. In 1910, Edward Mahon purchased and developed land and businesses on the North Shore, among them Capilano Suspension Bridge. Mac purchased the Bridge from Mahon in 1935 and invited local First Nations to place their totem poles in the park. In 1945, he sold the bridge to Henri Aubeneau and moved to California.

In 1953 Rae Mitchell purchased the bridge property from Henri Aubeneau and aggressively promoted his attraction worldwide. He completely rebuilt the bridge in 5 days in 1956. He developed the trails on the west side of the bridge and converted the Tea House into the Trading Post Gift Store. The current owner Nancy Stibbard purchased Capilano Suspension Bridge in 1983 from her father Rae Mitchell. Now, Capilano Suspension Bridge Park has become one of the most iconic places to visit in Vancouver.

Capilano Suspension Bridge is 137m (450ft) long and 70m (230ft) high; that’s as high as the Statue of Liberty’s shoulder. This landmark offers a bird’s-eye view of the Capilano River and surrounding nature. The bridge is wobbly but don’t worry; it’s safe! The bridge can hold up to 96 full grown elephants!

Cliffwalk is the newest addition to the park. Steel bridges circle a granite cliff and offer an amazing view of the Capilano River and mountains in the distance. The walk continues with a series of bridges, stairs, and glass platforms through rainforest vegetation and around granite cliff faces. Standing among the trees as tall as skyrise buildings was both a humbling and thrilling experience. Cliffwalk can safely support 45 adult killer whales.

From one giant Douglas fir tree to another, visitors can venture through the forest using Treetops Adventures. This activity offers a ‘squirrel’s-eye-view’ from as high as 33m (110ft). A series of seven suspension bridges are attached to eight 250-year-old Douglas fir trees.

Are you worried that this design isn’t sustainable? The viewing platforms are attached to an innovative tree collar system that is adjustable and moveable and has no nails or bolts penetrating into the trees. It is unlike any canopy walk in the world. Over the past 10 years, the trees have grown in circumference and the collars have been moved up. This means the platforms and bridges have also been raised, creating an even more thrilling view. 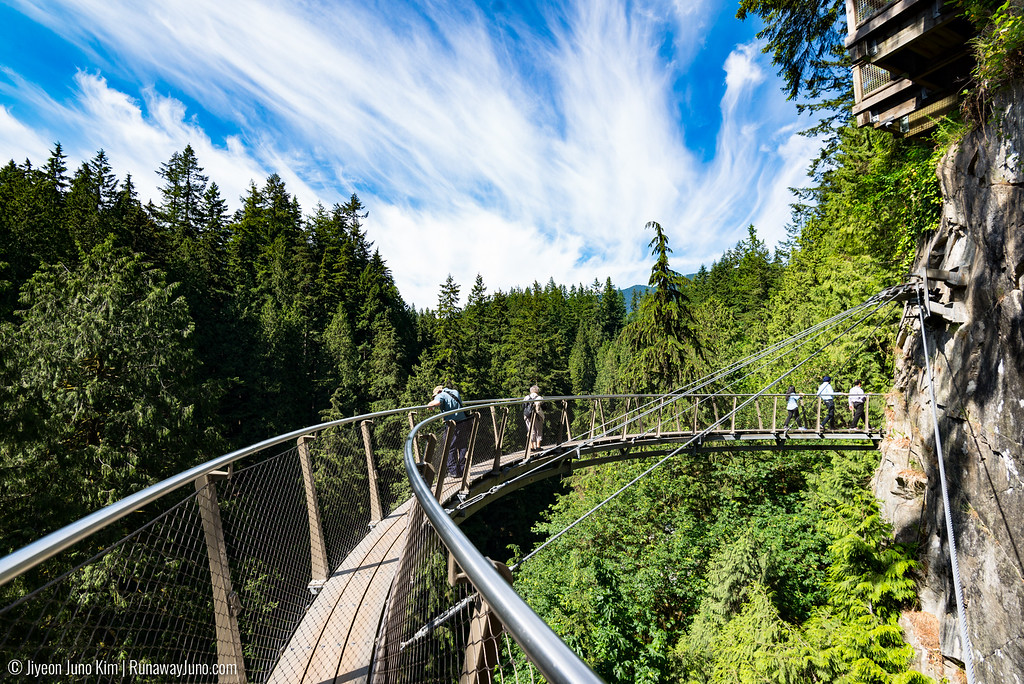 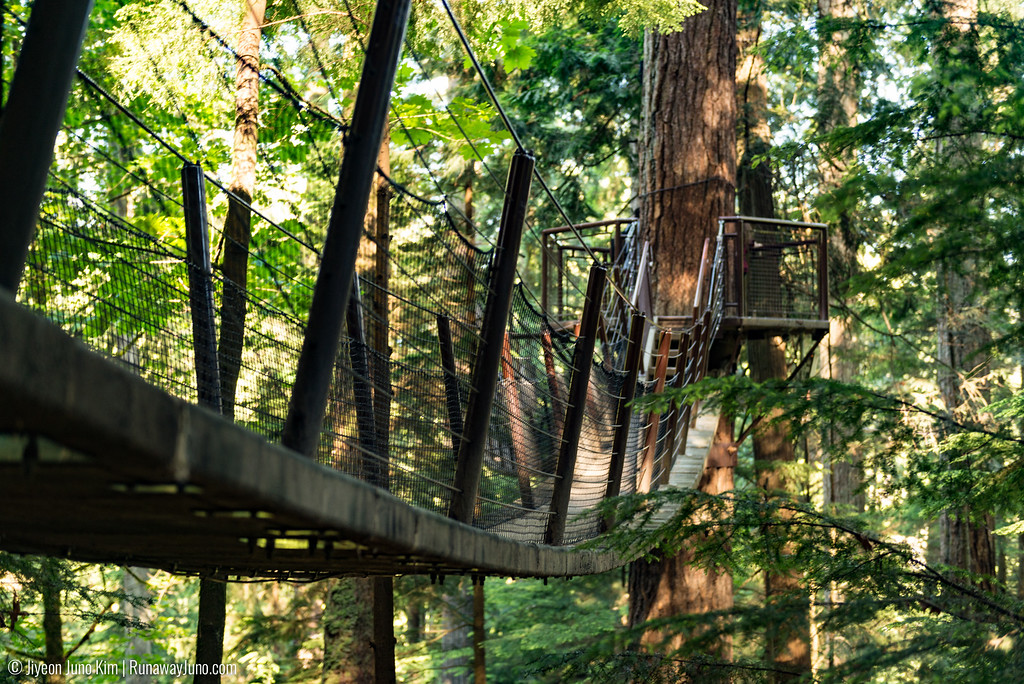 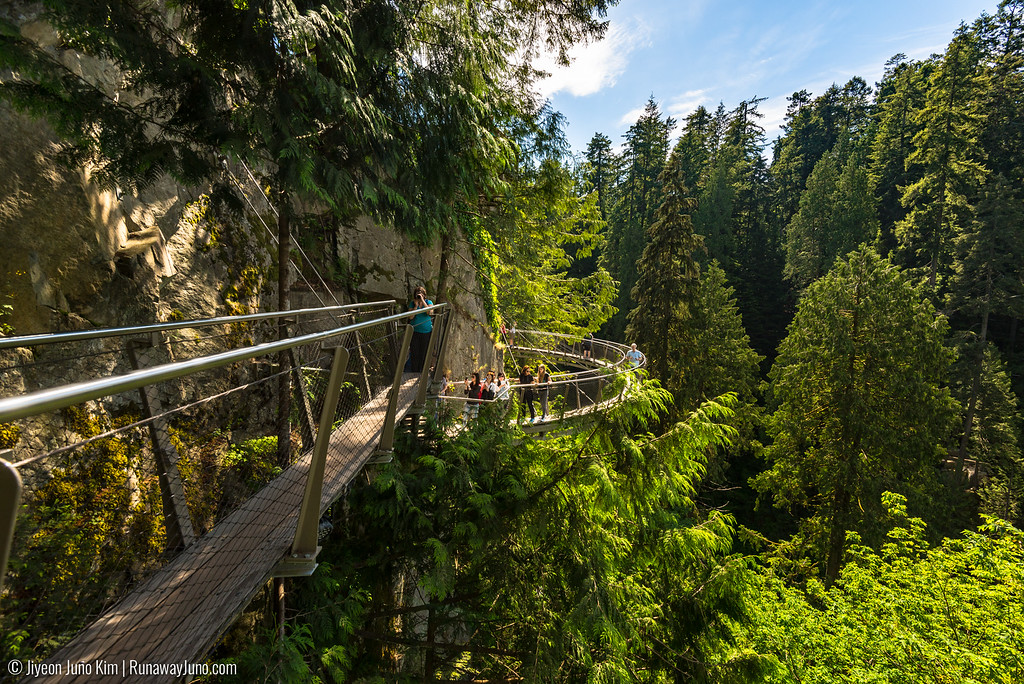 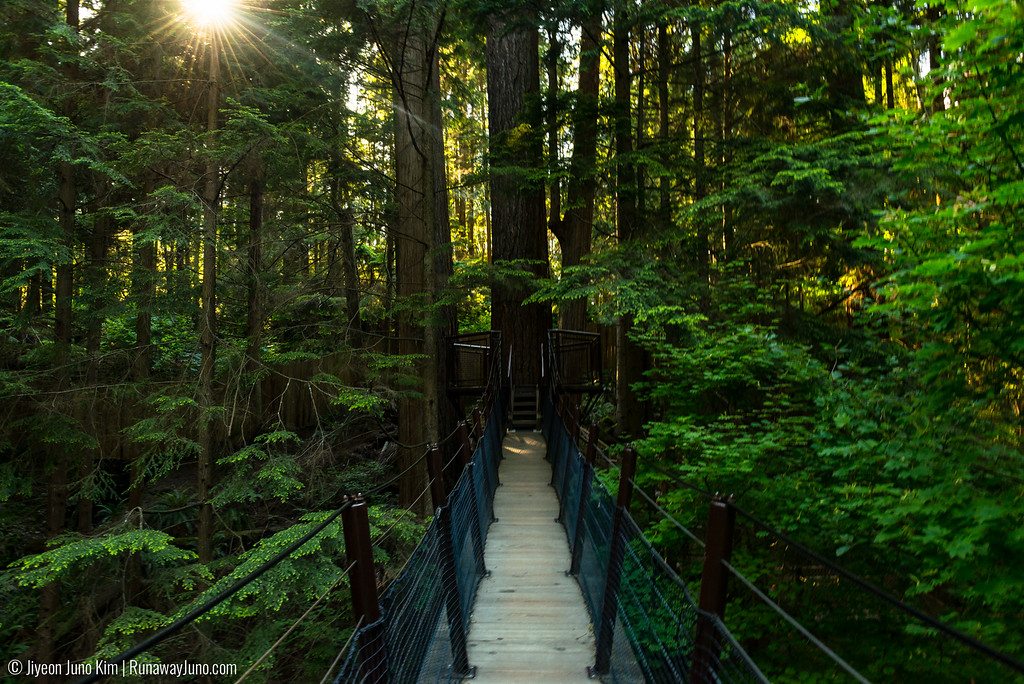 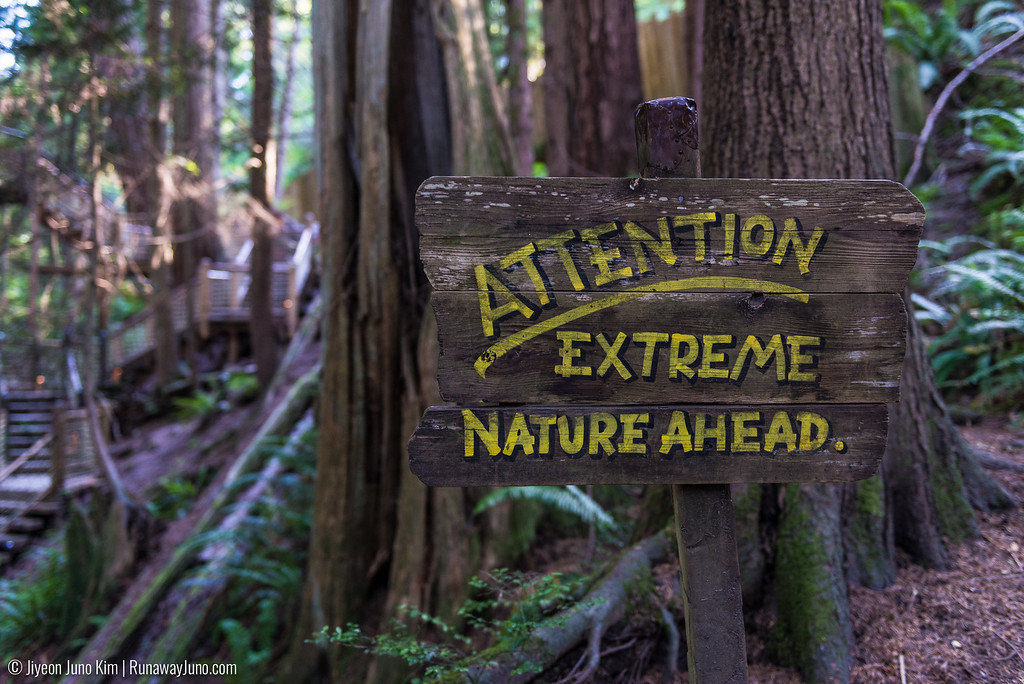 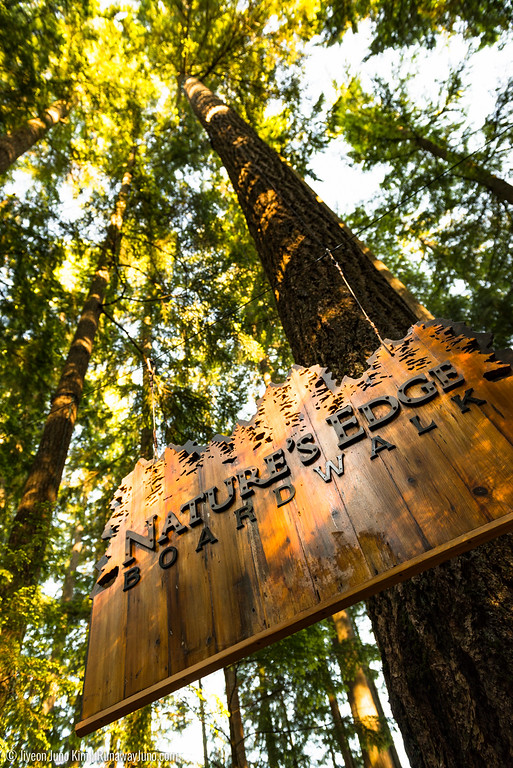 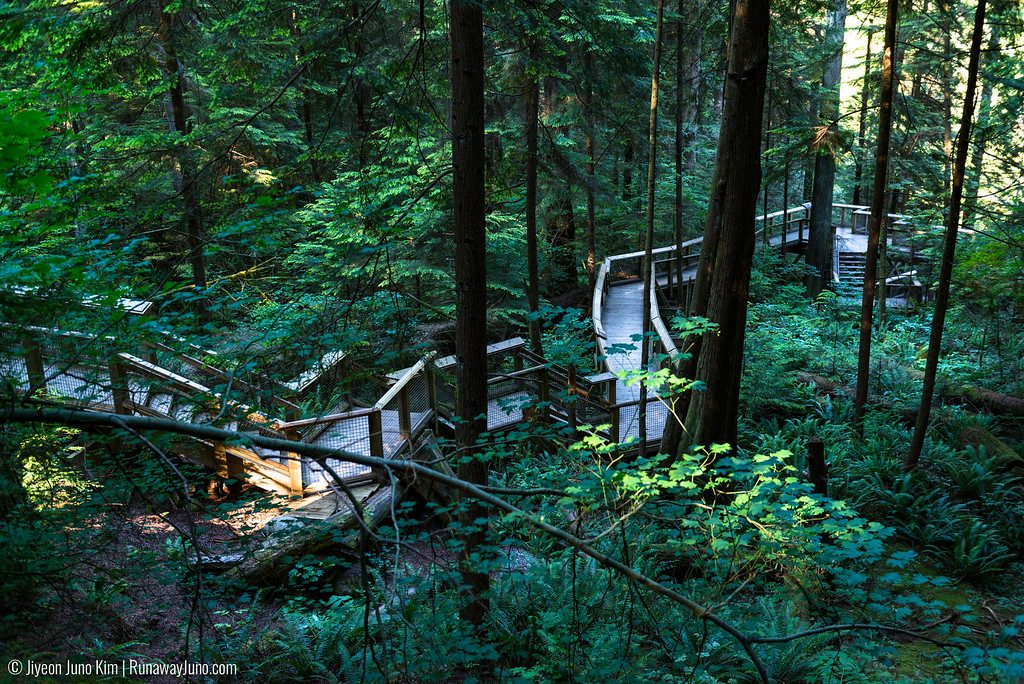 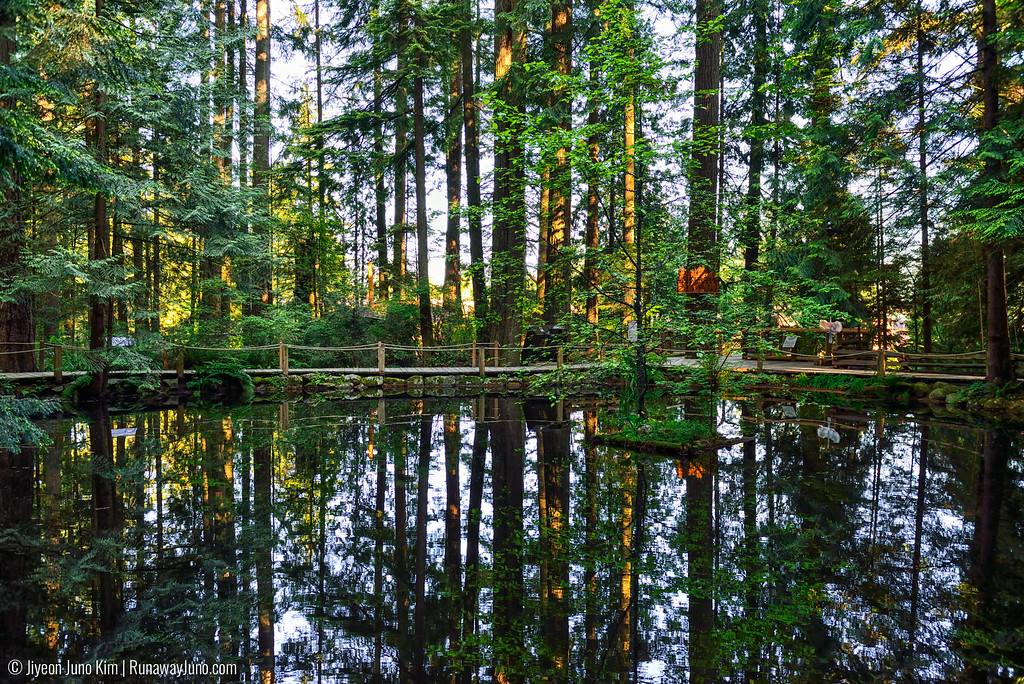 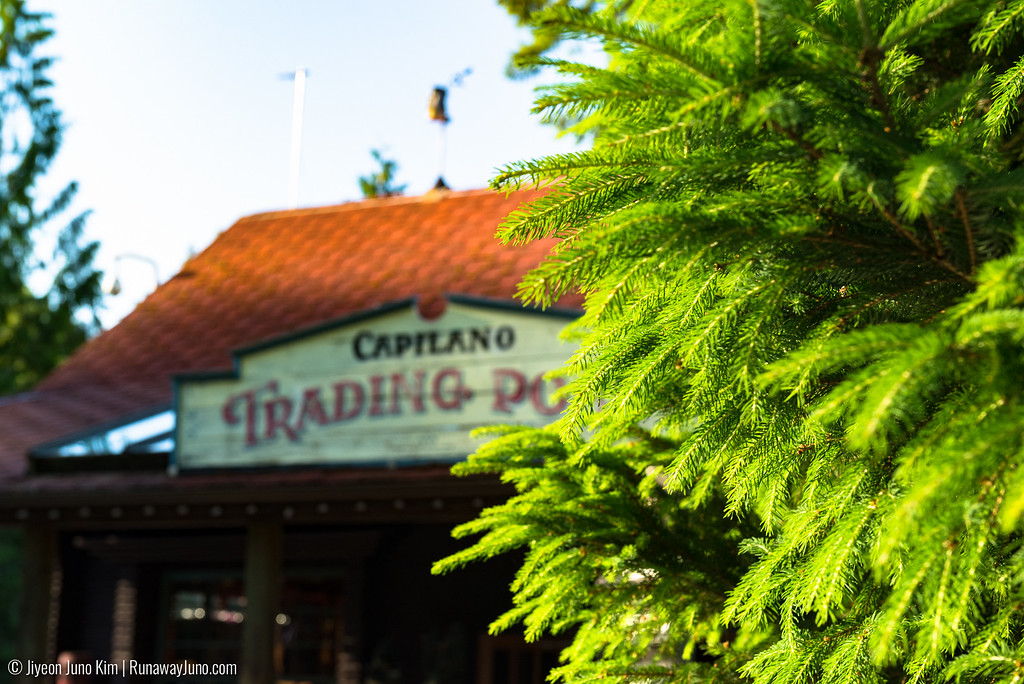 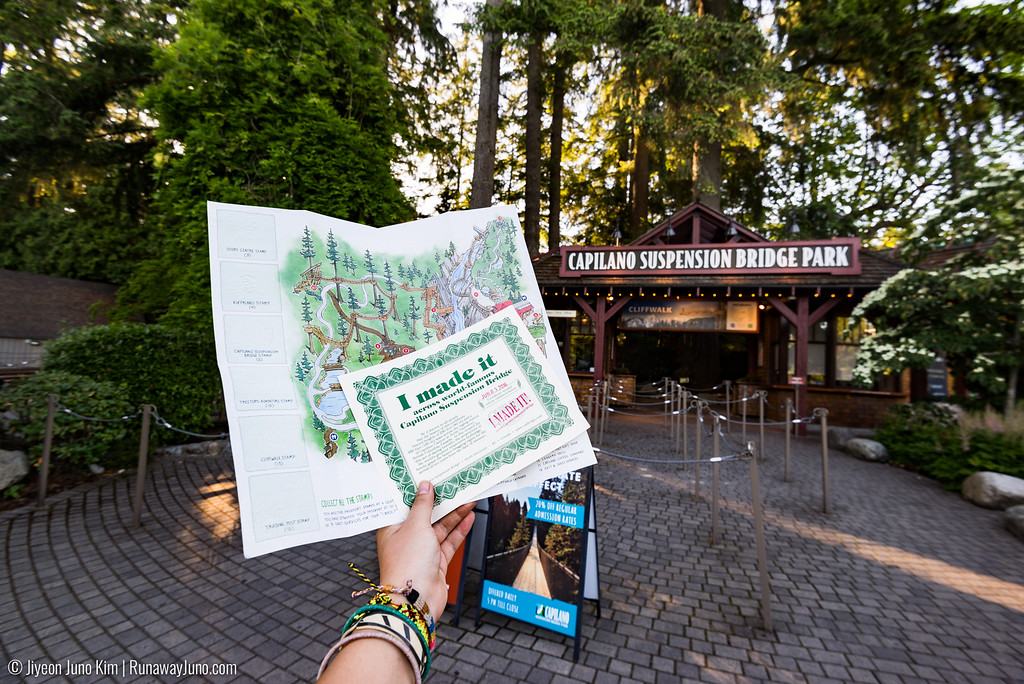