Heading to Europe? How about traveling through Oslo, Norway and enjoy this fine city?

Thanks to Norwegian Air, and many other airlines, flying to Europe from North America has become quite a bit cheaper. When you’re heading to Europe on your next adventure, consider entering through Oslo and spending a few days exploring this amazing city. That’s what I call the gateway city strategy.

I love Scandinavian cities. Walking along the water, having a cup of coffee, seeing the beautiful nordic design everywhere; it’s so pleasant just being there. It’s a nice break after a long-haul flight. Also, I loved seeing how outdoorsy and athletic everyone was, even in the city.

Things to see in Oslo

I was told, “never seen such overwhelming excitement for the Kon Tiki before” by the tourist office of Oslo. Yes, I was utterly excited to visit Oslo because of the Kon-Tiki Museum. I spent an afternoon there, reading about everything possible. This museum houses the real Kon-Tiki raft that sailed from Peru to Polynesia for 101 days in 1947. It’s amazing to even imagine this small balsa wood raft floating in the vast ocean and knowing that everyone survived. 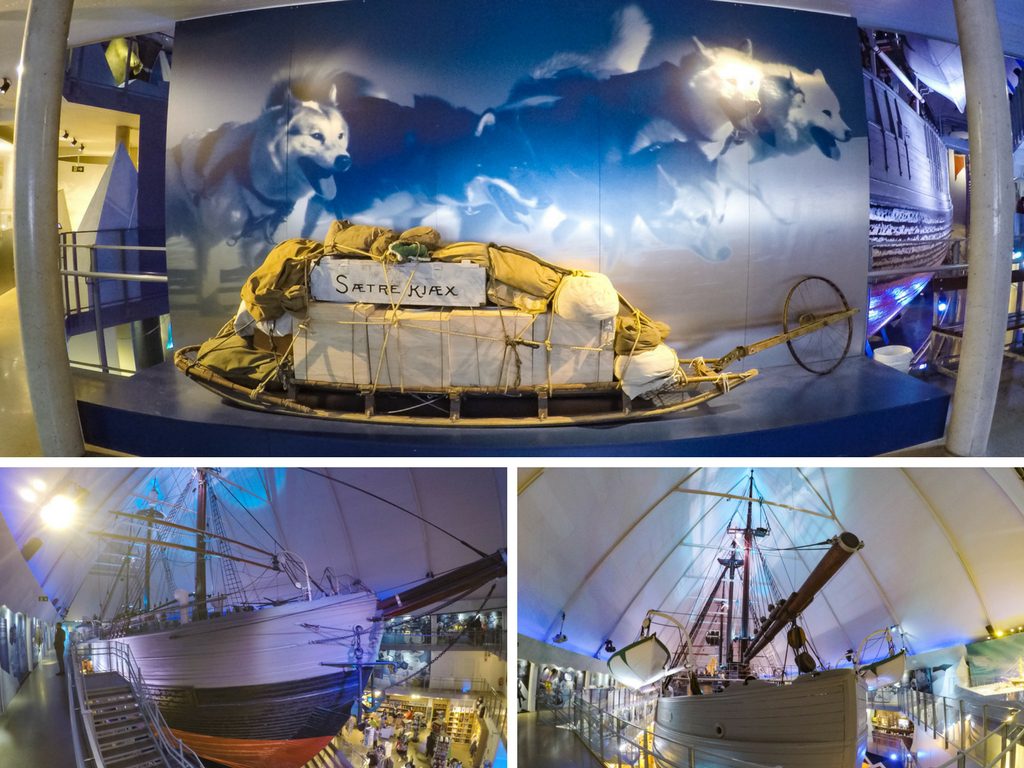 The Fram Museum is the home of the world’s strongest polar vessel. If you are interested in polar expedition history, don’t miss the Fram Museum. It’s the symbol of Norway’s significant participation in the heroic age of exploration. Noticeably, Fridtjof Nansen, Otto Sverdrup, and Roald Amundsen who took turns in exploring new areas in both the Arctic and Antarctic on this amazing ship. 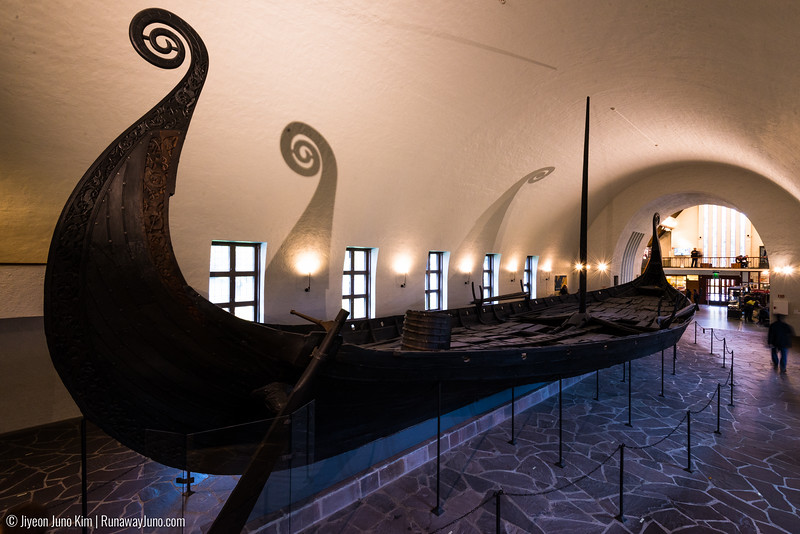 This Viking Ship Museum features the discoveries of the Viking Age. It’s a great place to see the exceptional woodwork of the Vikings and the world’s best preserved Viking ship.

*Kon-Tiki Museum, Fram Museum, Viking Ship Museum are all located at Bygdoy in Oslo. Take ferry No.91 Rådhuskai 3 to Bygdøynes (April-Oct.) or Bus No.30 to Bygdøynes 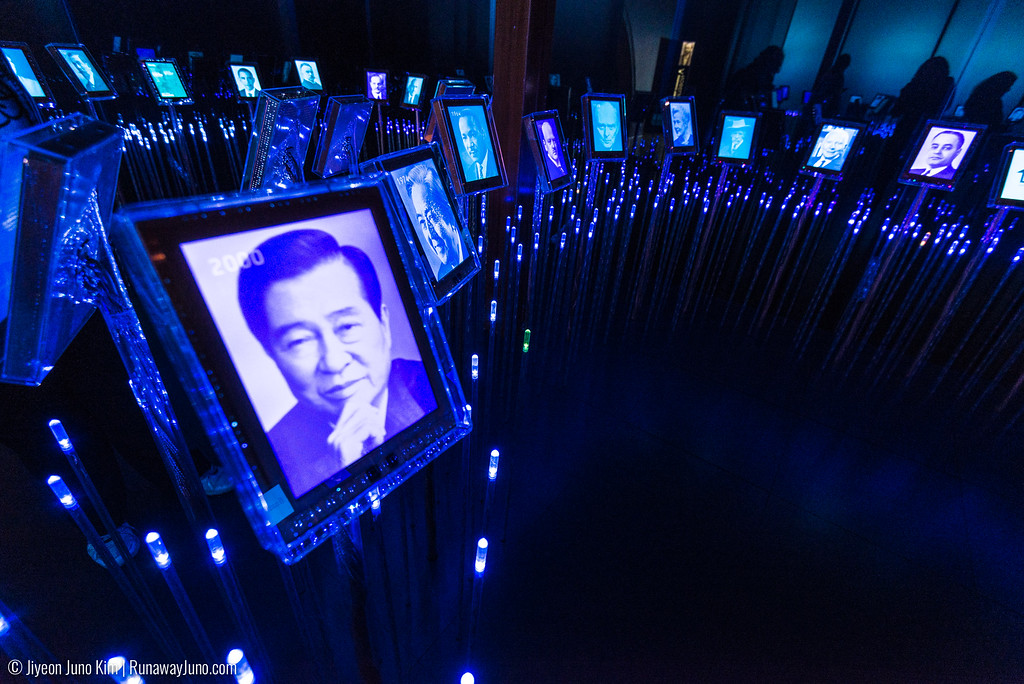 The National Gallery exhibits a vast collection of paintings, drawings, and sculptures. The gallery’s central attractions are Edvard Munch’s The Scream and Madonna, and paintings by Cézanne and Manet.

Many people head to Munch Museum to see the famous Scream but the National Gallery houses the painting. Edvard Munch has a unique position among Nordic painters and is considered a pioneer in expressionism. The Munch Museum’s collection consists of paintings, graphical prints, and drawings. 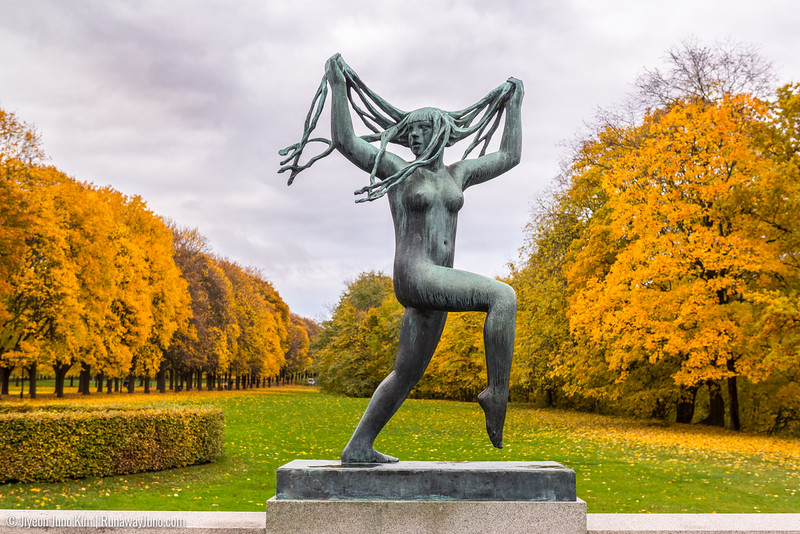 Featuring Gustav Vigeland’s life work, the Vigeland Park is the world’s largest sculpture park made by a single artist. The main theme in the park is the circle of life. This is also the reason why Vigeland displayed all the sculptures without clothes because he wanted them to be timeless. There are more than 200 sculptures here made with bronze and granite, including the famous Monolith and the angry boy. Interestingly, Vigeland was also the designer of the Nobel Peace Prize medal.

To discover Oslo’s history, head to Akershus Fortress. This medieval castle was completed in the 1300s and has withstood a number of sieges throughout the ages. It was converted into a Renaissance castle and royal residences between the 16-17th centuries.

Close distance to other European cities

Oslo is less than a one hour flight away from Trondheim, the center of outdoor adventure in central Norway. The seven-hour train ride from Oslo to Bergen is considered one of the most scenic train rides in the world. In less than two hours, you can fly to the center of Northern Norway, Tromso. Oslo is also quite close from Stockholm, Helsinki, Copenhagen, and other major European cities.

The Oslo Pass: make the best of 72 hours

The Oslo Pass gives you free entry to more than 30 museums and attractions, free travel on all public transport, free entry to outdoor swimming pools, free walking tours, discounts on sightseeing, ski simulator, Tusenfryd Amusement Park, concert tickets, climbing, ski rental, and special offers in restaurants, shops, entertainment and leisure venues. The best thing about this pass is that you can do everything through the free app. No need to carry an extra card!

More about 72 Hours in Oslo, Norway at

1 thought on “72 Hours in Oslo: The Gateway City Strategy”