My Favorite Architecture in Bucharest: Stavropoleos Monastery and Brâncovenesc Style 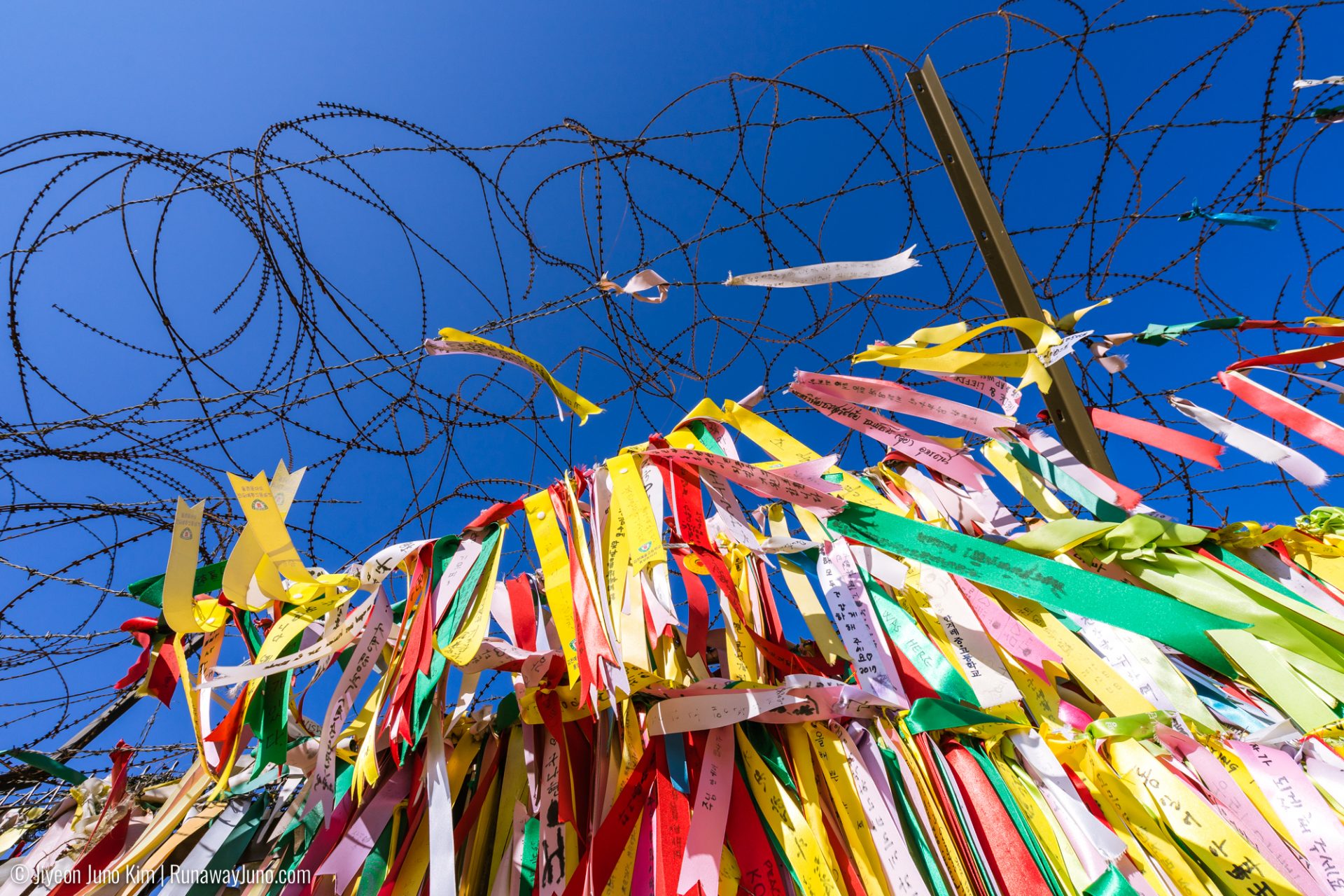 “It looks peaceful but there are a lot of land mines and dead bodies.”

That’s how Sergeant Choi described the Korean Demilitarization Zone (DMZ) as we looked out toward North Korea.

DMZ Tour: What is the DMZ, anyway?

The DMZ is a buffer zone between one of the few remaining divided countries: North and South Korea. The border runs 250km (160 miles), and the DMZ is only about 4km (2.5 miles) wide. Though this narrow thread of land is demilitarized, beyond the strip is one of the most heavily militarized borders in the world. Ironically, inside the DMZ has unintentionally become one of the best conservation zones for wildlife. Several endangered animal and plant species exists among the landmines and dead bodies from the Korean War, which took place more than 60 years ago.
In order to tour the DMZ, we need to understand the importance and significance of this area as well as a bit of Korea’s history.

The current state of North and South Korea was a result (or lack thereof) of the Korean War. The war began when North Korea invaded the South on June 25, 1950, with the support of the Soviet Union and China. Six Two Five Day (6.25) is still remembered. With the help of the UN and United States, South Korea fought back and the conflict finally ended on July 27, 1953, when the armistice was signed. The agreement created the Korean Demilitarized Zone to separate North and South Korea. Even after the peace treaty was signed, the two Koreas are still at war. Deadly clashes continue periodically.

Visiting sites that are related to the Korean War is important for not only Koreans but also foreigners who grew up with this history. The war was supported by many allies, especially the United States. A tour of the DMZ can be planned with many different historical routes, in Seoul and beyond.

We left Seoul in the morning for our DMZ Spy Tour. The theme of the trip was following the route of North Korean spies who came to assassinate South Korea’s President Park (the father of our current president) and the Ambassador to the US back in January 1968. This Blue House Raid is also known as the January 21 Incident.

North Korea dispatched 31 of their elite spies to our Blue House, the President’s residence. They traveled four days on foot, moving only at night, and reached Bukak Mountain, right behind the Blue House. They were dressed in South Korean army uniforms. Police Chief Choi of Jongro Police grew suspicious of them at the checkpoint and the spies started firing pistols and throwing grenades. On that night, 92 South Koreans were killed or injured, including policemen and civilians. After a week of the operation, 29 spies were killed, one was captured, and one escaped back to North Korea. After this raid, Resident Registration Numbers were born and the Reserve Forces were formed. 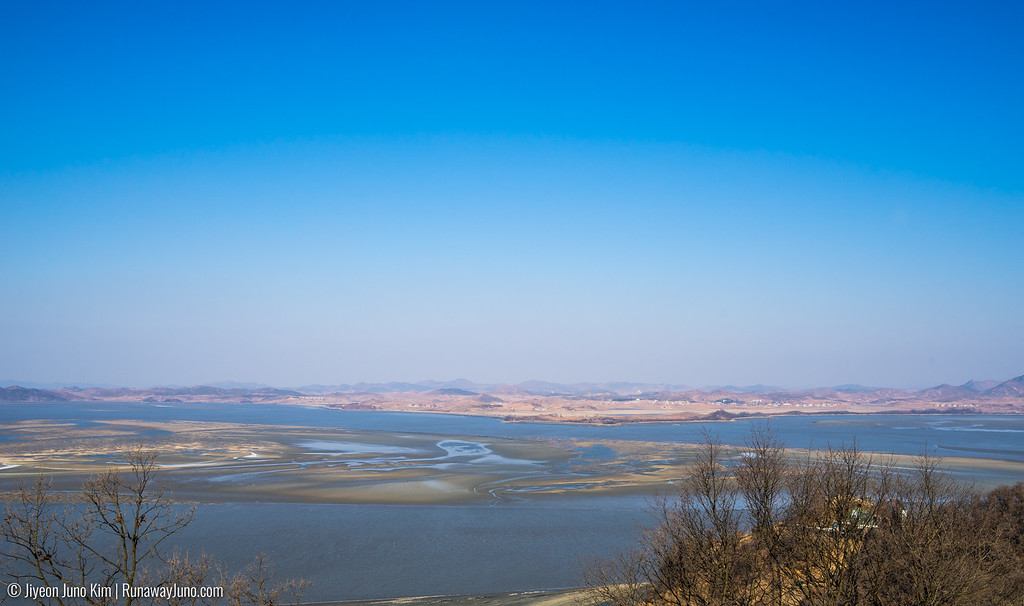 That’s North Korea over the river 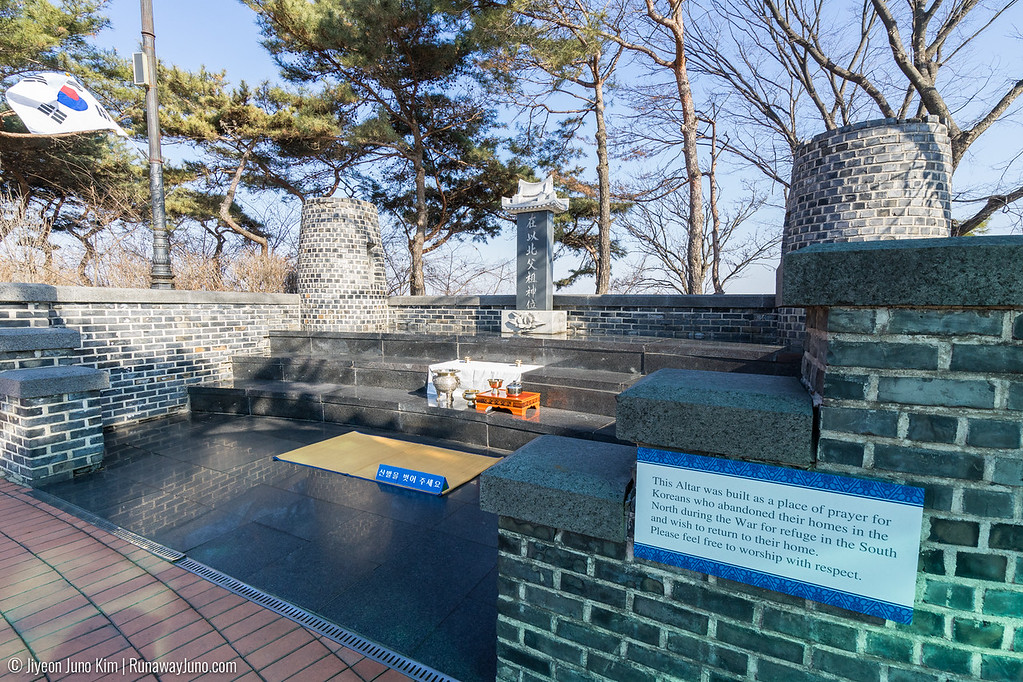 Prayer place for Koreans who abandoned their homes in the North

There are many observation spots along the DMZ. But if you want to see North Korea from the closest point, come to Odusan Unification Tower. The two Koreas are divided by Imjinjang (Imjin River) and the distance to North Korea is just 460m. It’s close enough to see North Korean farmers across the river and residential buildings. Inside the tower information is exhibited and statistics are given about the unification of two Koreas. There is an altar pointing north for those who have been separated from their hometowns and families. It’s Confusion tradition to prepare a ceremony for the ancestors during the important holidays, so people who have families in North Korea can come here to pay homage to their ancestors.

General Outpost (GOP) of Republic of Korea: The Front Line 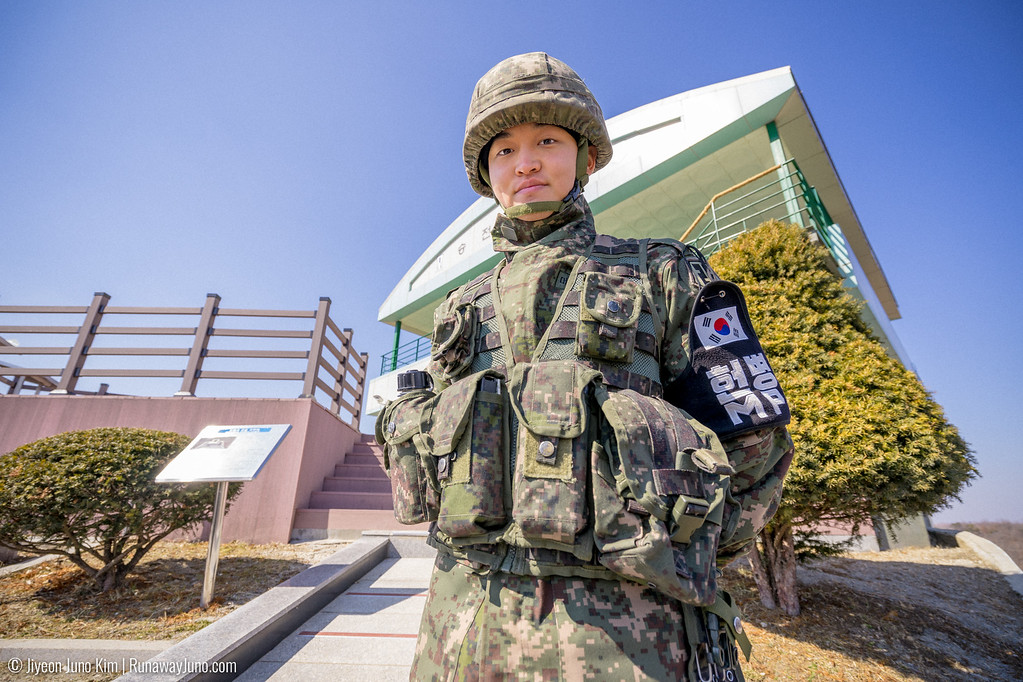 A Korean Army soldier at the GOP

GOP refers to a platoon unit that is located in the distance from its main unit to prevent any surprise attack from the enemy. GOP is dedicated to detecting the approaching enemy, carrying out combat missions, and surveilling any activities from the North Korea.

We visited the GOP of 25th division of the ROK Army. There are several other GOP observation towers that allow visitors. All visitors have to pre-arrange the trip and present an official form of ID (Residence Registration ID for Koreans and passport for foreigners). We walked along the heavily guarded Southern Limit Line of the DMZ. The observation tower is surveilling any activities from the North. From the observation room, we could see one guard post of North Korea over the DMZ. The Military Demarcation Line (MDL), often referred to as the Armistice Line, is the official border between the two Koreas. The DMZ here is still filled with landmines and bodies of dead soldiers from the war more than 60 years ago.

#Taking photos of any military facility is not allowed.

The 31 elite North Korean spies crossed the DMZ and infiltrated the border at Banjeongri (반정리). Now you can visit the site and see where it actually happened. The Blue House Raid was an important reminder for the ROK government and army. A section of the actual fence that was cut by the spies is moved here. The life-size diorama displays the scene. 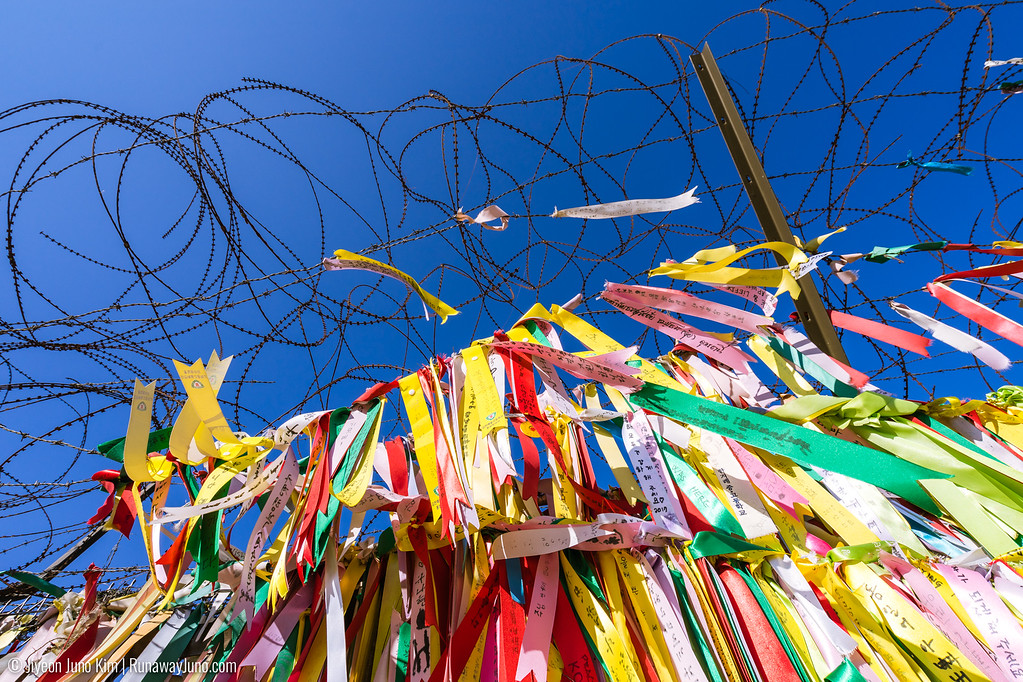 Imjingak is a park built in 1972 with the hope of unification. There are many exhibitions displaying life in North Korea and the Korean War. In the observation area, there is a train that used to run on the Gyeongui Line before the war. This train used to run between Busan and Sinuiju in North Korea for transporting coal as well as passengers. People are hoping to ride this train once more when the two Koreas are back together.

The Joint Security Area (JSA) within Panmunjom is the only place in the DMZ where North and South Korean forces stand face-to-face and also a district without an administrative jurisdiction for North and South Korea. It was used for military negotiation between North Korea and the United Nations Command (UNC). Because it’s controlled by the UN, all visitors are required to bring their passport.