Not Giving Up – My Talk at Webcamp KK 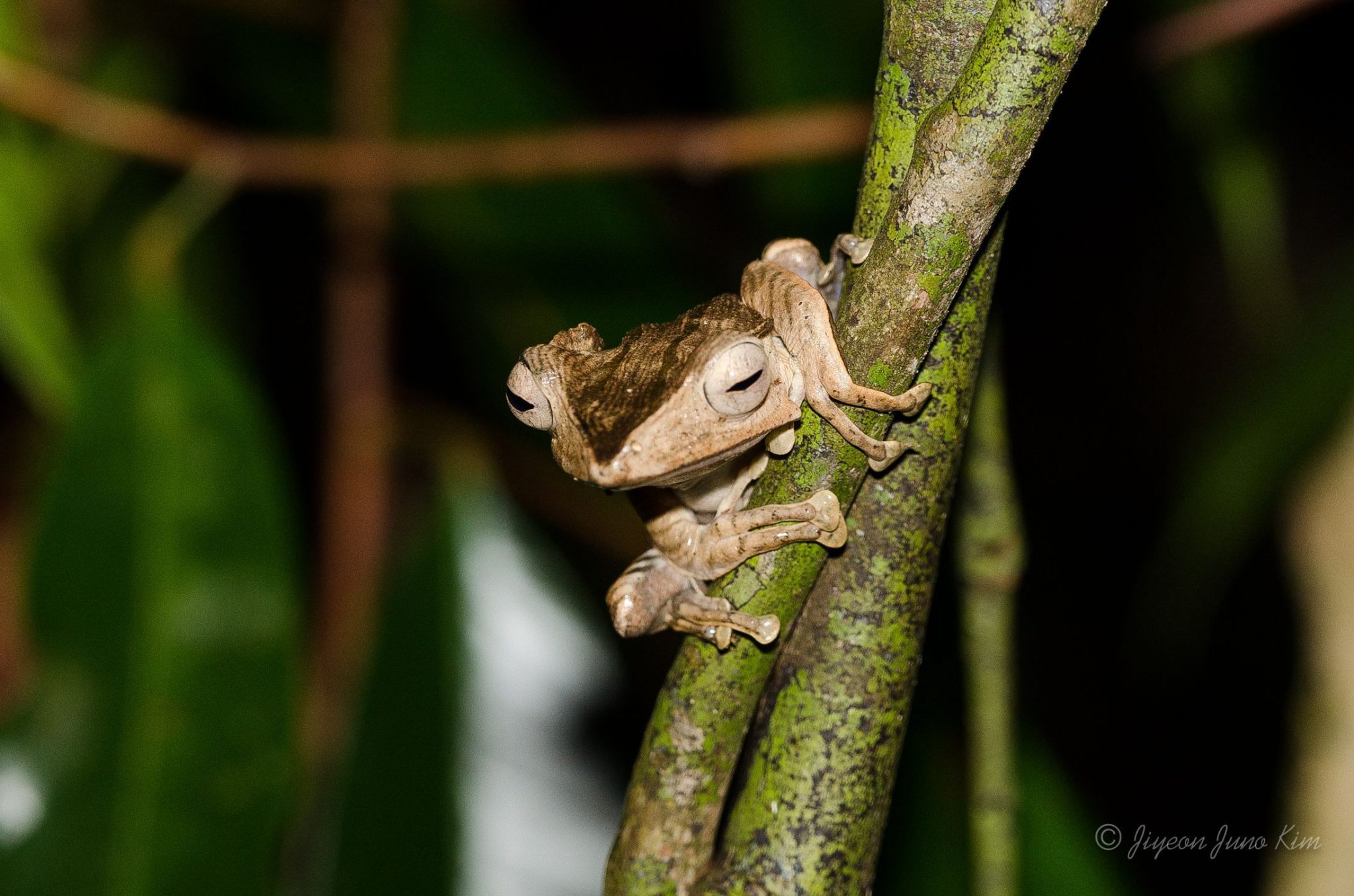 When life gets hard on the road, moments like attending the Frog Race boost my energy up. One of the coolest things about working in the travel industry is that I get to learn all about the wild animals and great conservation work people do.

When I got an invitation for the Frog Race, I thought to myself ‘Oh great, another case of animal cruelty?’ and rolled my eyes. But I was wrong. 100% wrong. Frogs aren’t the ones racing. We are! This event was created to raise public awareness of the need for conservation of the frogs and other amphibians of Sarawak and Southeast Asia. This Frog Race includes talks about amphibians and their conservation and exhibits of sights and sounds in Kubah National Park in Sarawak, Malaysian Borneo (it’s 45 minutes away by car from Kuching, Sarawak’s capital city).

The event was one day long but the actual race was for only two hours. Because frogs mostly come out in the evening, we embarked on our race after sun down. Spotting frogs in the middle of the rain forest with a single headlight is one thing, but taking great photos of them is a whole other challenge. We were given a book that contained all the species of frog found in Borneo, but I couldn’t tell the differences between most of them to be honest. There’s a reason why I’m not studying amphibians. I don’t think I ever put that much effort into amphibians except when I was learning about them in school, about frogs and baby frogs (that’s what I call tadpoles) coming out from the eggs. But these are some fascinating creatures for sure.

Most of the participants were university students who were already familiar with the race and how to photograph the frogs. Even with a point-and-shoot camera, they had a sophisticated lighting system. The event was a great way to boost people’s excitement about studying nature and science, I thought.

While waiting for the judges to prepare the award ceremony—most number of amphibian species found, rarest amphibian found, best amphibian photo taken (DSLR, compact, and mobile camera)—we watched a BBC documentary about amphibians. Like most animal documentaries, it caught my full attention in a short period. The science behind the life of tadpoles is just unimaginable. Just a small creature, like a dot in the water, but they have all the organs, the ability to think, and emergency plans. Some frogs are as small as the tip of a pencil, and you can imagine how small their eggs must be. Amphibians are amazing, as many creatures in the wild are.

It was one full day of intense learning and running, but it was worth my time and effort. Now I can concentrate more on frogs when I walk into the rainforest. You see what you know.