Natural Remedies to Help with Pain During Long Term Travel

Runaway Subscription Saturday of This Week – Capture the Colour 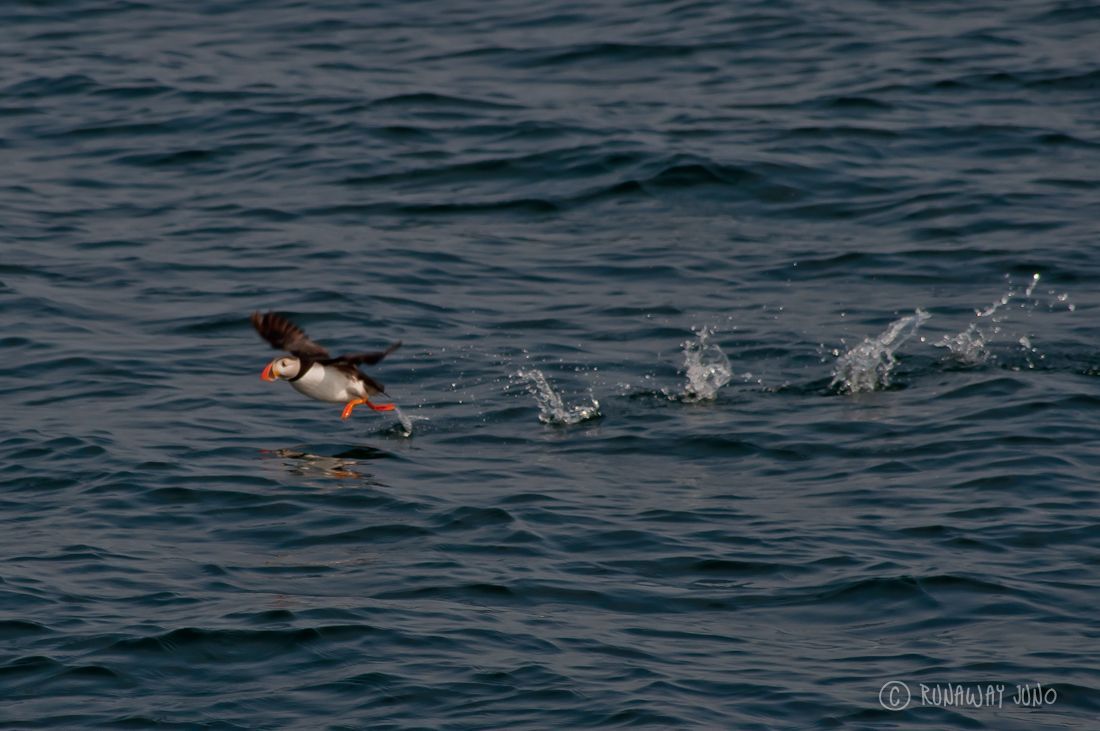 Greetings from the funniest looking bird in the world: Puffins!

I like birds. I’m even traveling with two little kiwi birds. When I decided to come to Iceland, of course, one of the top things to do on my list is to see puffins. The first evidence of puffins I saw was at the market, in a form of a meat. They actually eat puffins in Iceland, but not too common. It is more considered as a delicacy for tourists. They are seabirds, very good at diving and fishing. The biggest portion of Atlantic Puffins are living in Iceland; about 10 million. Atlantic Puffins have a bright orange beak with large feet with the same color. Naturally, they look very comical. Eyes look kind of sad and the body is small compared to the head. I wondered how cute they would be when I saw them in a real life. And I was on my way to meet them.

We were on one of the last puffin watching boats of the season because they are leaving soon. The company warned us there might not be a chance not to see them on this tour. But we decided to just try. We are here, right? When our tour guide pointed out and said “There they are!”, I thought ‘Where?’. All I saw was a pile of big white birds: seagulls. Seagulls and puffins were nesting at the same place, he said. Puffins are really small and are afraid of people. There are 10 million of them living in Iceland, but none of them come to town. We have to go to their nest to observe. We couldn’t recognize them at first because they were busy leaving the water. They were afraid of the loud engine sound from the boat. But soon it got better. Finally, they floated near the boat while we were floating. We couldn’t see them very closely though.

They fly like a bat, a bit awkward. I thought they were like penguins but actually, they were much smaller. My favorite part of the puffin watching was to see how they took off from the water. They almost ran on the water with their big-orange feet and tried really hard to flop the wings.

Greetings from the puffins of Iceland, here they are.

#Puffin watching tour is provided by Happy Days in Iceland regarding a partnership with Runaway Juno. However the photos and words are created by my point of a view. Thanks to Elding for the great tour.