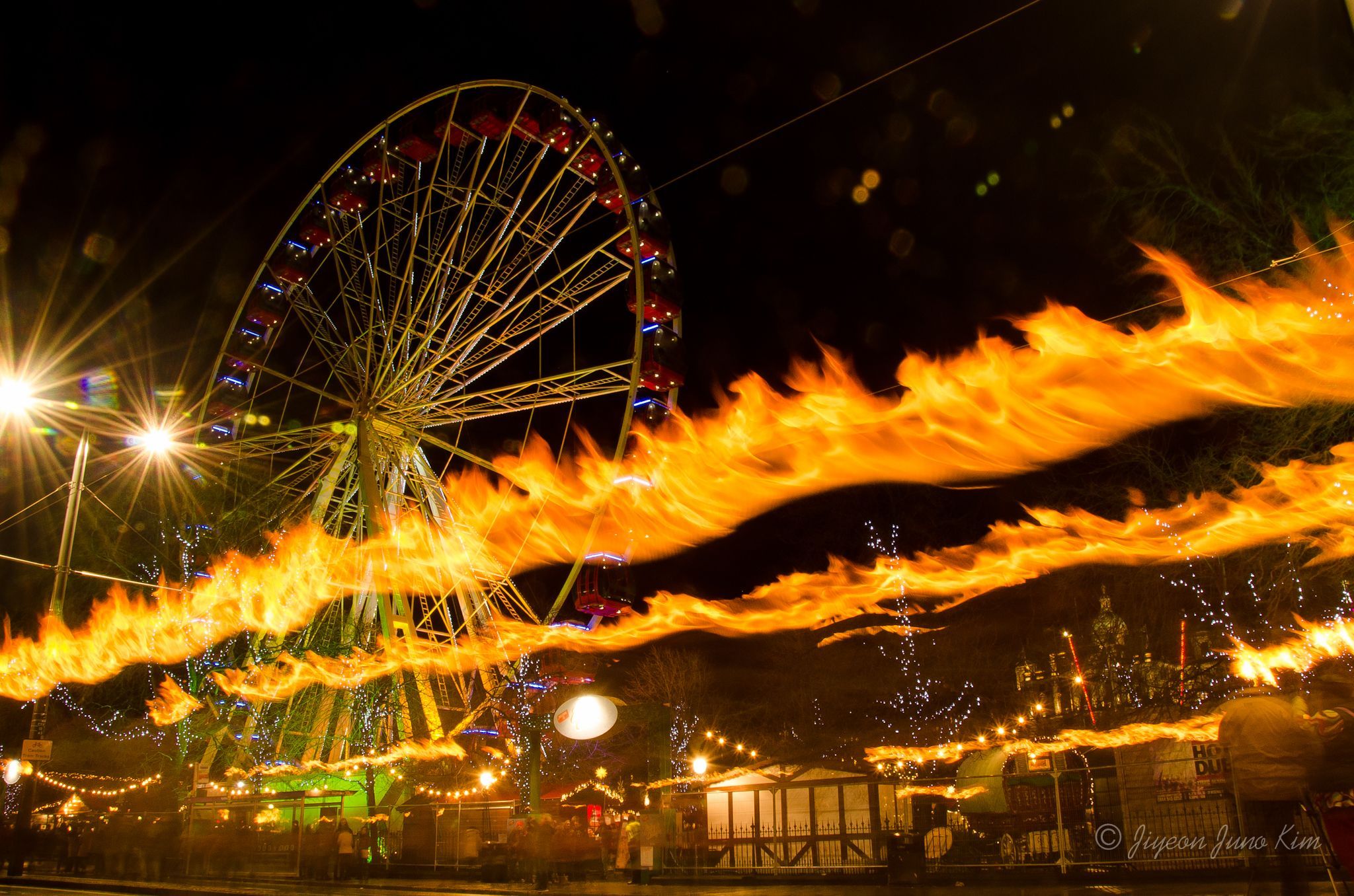 Illuminating Edinburgh for the New Year

What did you do for New Year’s Eve? Hope you had a fun time welcoming the new year!

As you know, I spent my last day of 2013 at Scotland’s Hogmanay as a part of #blogmanay team. Not only Edinburgh, but also Stirling, Inverness, Stonehaven, and Biggar are welcoming the new year with Hogmanay festival, specially this year. The Edinburgh’s Hogmanay is a three-day event starting from December 30th. The opening event of Edinburgh’s Hogmanay 2013/14, the Torchlight Procession, illuminated the city with thousands of torchlights. We made our way to George IV Bridge, the starting point of the walk, and luckily ran into the vikings who lead the way. I could already see the countless torches lit up front and back. The torches are sold for £ 8-10, and the proceeds go to the charities Radio Forth Cash for Kids and Barnardo’s Scotland.

We walked for hours through the city center, passed the Scott Monument, and ended at Calton Hill where we celebrated 20:14 moment with beautiful fireworks.

I’ve never done anything like this before. Of course I’ve been to New Year’s celebrations, but walking with the wax-torchlight through a beautiful European city alongside thousands of people from around the world was definitely one of the most unique experiences. Last year alone, this event welcomed 35,000 people. This year, the torches were sold out. Despite of the number of people, and the fire hazard, the whole thing went by peacefully. No one was pushing on the street, nothing was on fire, and people dressed properly. Because the torch is wax-based, it’s possible to get wax on your clothes (but you can get wax out by placing brown paper over the wax and then heating it with a low-iron setting).

The real experience was more magical, but I tried to capture the vibe to share. Enjoy, and again, happy new year everyone! Lighting the torch for the Torchlight Procession

Waiting for the procession to begin

Torchlights on the first day of Edinburgh’s Hogmanay Torchlights on the first day of Edinburgh’s Hogmanay

Walking through Edinburgh with the torchlights

Walking continues on the Prince Street

Calton hill, waiting for the fireworks

#blogmanay is brought to you by Edinburgh’s Hogmanay and is supported by ETAG, EventScotland, Homecoming Scotland, VisitScotland, Edinburgh Festivals, Marketing Edinburgh and co-creators Haggis Adventures. Created and produced by Unique Events. As always, all opinions expressed here are entirely our own.