Brisbane Any Day: City of Public Art and Koalas 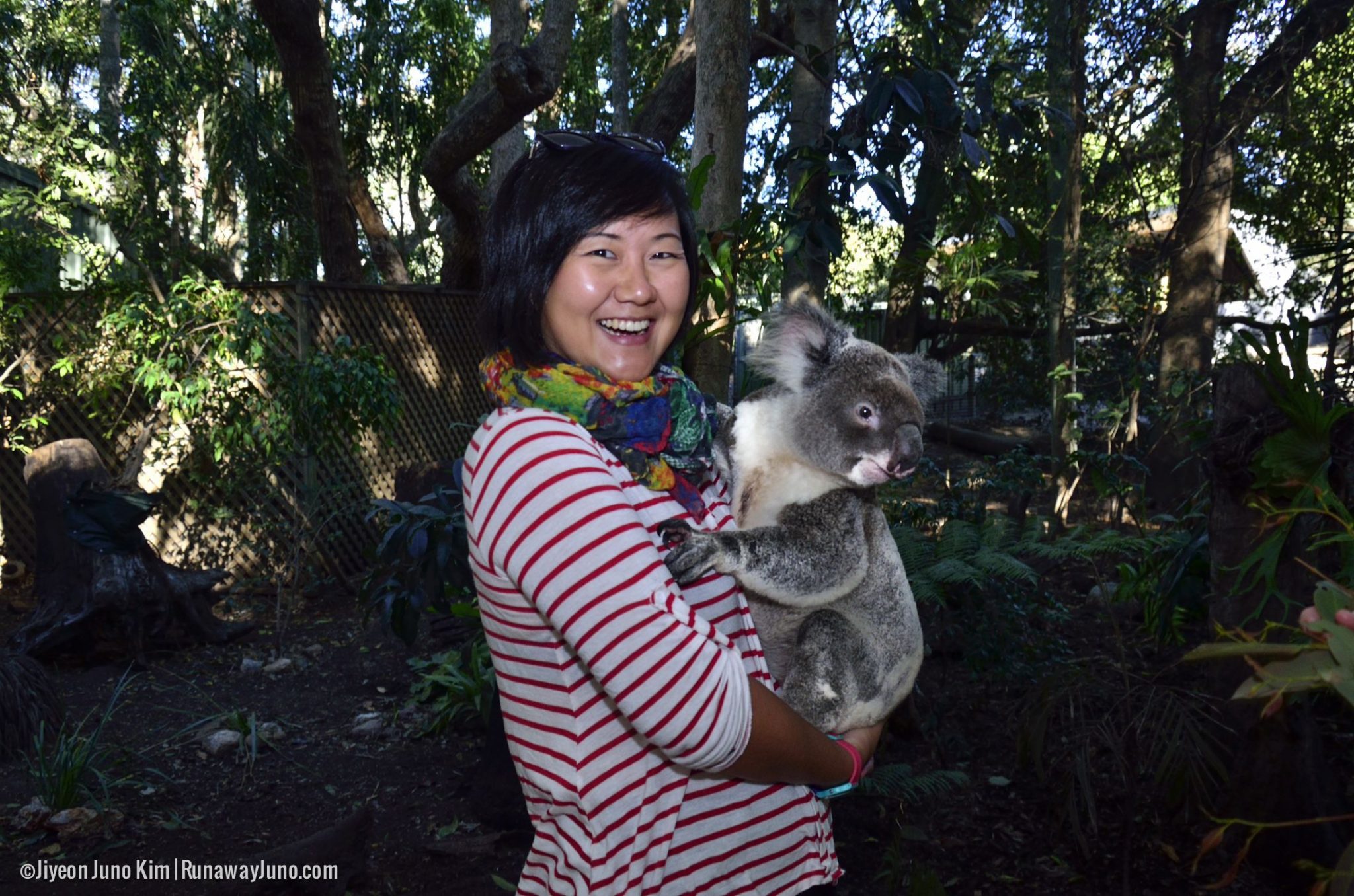 The Day I Held a Koala in Queensland, Australia

What everyone said was true. They really do smell like cough drops. Their fur is like a high-quality floor mat, their claws are like round sickles, but their face makes you squeal an unrecognizable noise from the back of your throat and speak in a voice that is three pitches higher than your normal one. No one can argue; koalas are the cutest creatures in the entire world. Maybe pandas and baby giraffe can compete, but nothing else.

At the world’s largest and finest koala sanctuary, the Lone Pine Koala Sanctuary in Brisbane, Australia treats their 130 koalas like a royal family. It’s a little compensation for deserting their natural sanctuary and hunting them for centuries. The koalas have unlimited access to what they want — usually meaning eucalyptus leaves, and trees to sit on. There are plenty of supplies for both. They live in different homes around the premises according to their age and gender. They have a kindergarten for toddlers, a youth compartment for teenagers, and even a retirement home for the oldies. Look at this little face!

Koalas are certainly quite an unusual species. They resemble nothing else. They’re native to Australia, inhabiting Queensland, New South Wales, Victoria and South Australia. They’re arboreal, which means they live in trees. How they sit in-between branches seems extremely uncomfortable, but apparently their bottom is densely packed and quite hard. Eucalyptus leaves make up most of their diet. Because of their limited nutrition, they sleep 20 hours a day, and are usually active at night. Males are almost twice as big as the females, and they are recognizable with a scent gland on their upper chest. And most of all, they are just So. Darn. Cute!

They sleep 20 hours a day Males are recognizable with a scent gland on their upper chest.

The best thing about visiting Lone Pine Koala Sanctuary is you get to hold a koala for a brief minute. It was like meeting a life-long hero of mine. I was utterly nervous, my palms were sweating, and I couldn’t stop making the crooked-smile I do when I’m nervous. The nice staff handed me the first koala, while distracting her with eucalyptus branches. Food is the strongest motivation, for all animals (including humans!). She was a bit jittery. I was told it must be because it was the end of her shift. Koalas are protected, so they can only work 30 minutes at a time. She expressed her frustration by knocking my sunglasses off my head. I’m an animal person from the beginning of time, so it emotionally hurt me. But I knew it wasn’t personal. We tried the second time. They brought a new koala who hadn’t started her shift yet. The second time’s the charm. She held tightly onto the side of my chest, and vigorously ate her lunch. I squealed. It was like magic. She smelled so good. She was like an oddly shaped cough drop from heaven.

There are two kinds of life: before holding a koala, and after. I held a koala. Life cannot be the same.

Look at the claws! Do you see the little joey?

She smells so good! Other animals live in the Lone Pine Koala Sanctuary, including kangaroos

You can buy kangaroo food to feed